My council colleagues and I passed a budget with a 0.56 per cent tax increase that sets aside $500,000 for the Great Spaces, Great Places project and includes nearly $4 million for roads, more than $2.2 million for culverts and bridges and more than $700,000 for paved shoulders in a crucial active transportation corridor I’ve often described as a “death trap.”

The budget also earmarks funding for live streaming Council meetings and the creation of a Seniors Master Plan and a Transportation Feasibility Study. For the first time ever, the 2020 budget includes a reserve and reserve fund budget so taxpayers can see how much money is in the reserve accounts and how it is spent. We’ve made big progress over the past few years but we still lag considerably behind our neighbouring municipalities when it comes to having money socked away for a rainy day. 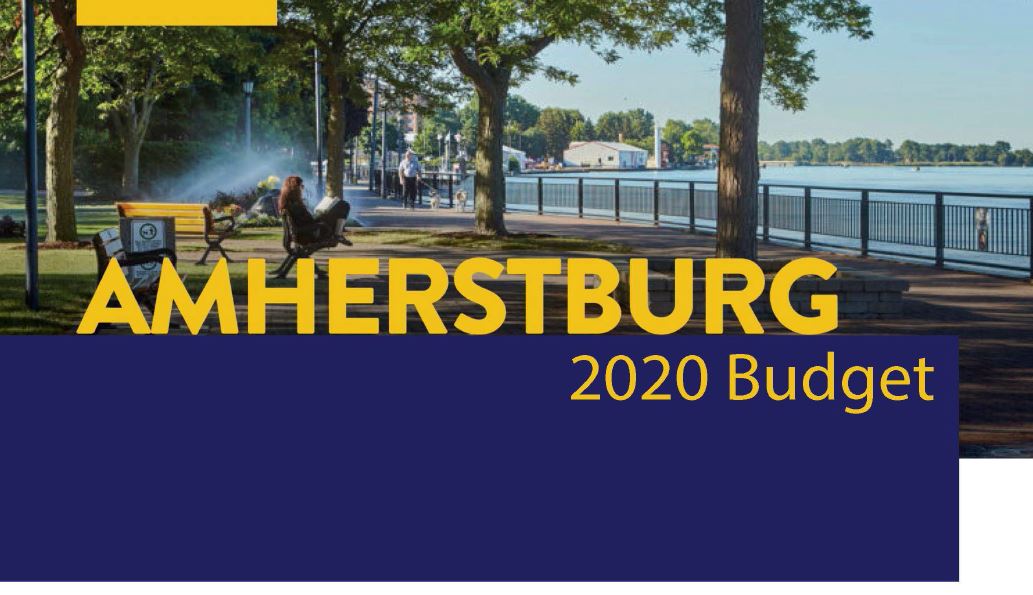 The big road reconstruction project on tap for 2020 is Concession Road 4 North between Alma Street and Middle Side Road. The stretch between Texas Road and Middle Side Road is ranked 15th in the Town’s Road Needs Study and the stretch between Alma and Texas is ranked 38th. The project, which includes full excavation, replacement of culverts and 90 mm of asphalt pavement and shoulder improvements, comes with a price tag of $2,750,000.

Pacific Avenue between Simcoe and Richmond Streets will also be reconstructed in 2020 at a cost of $350,000. The two affected stretches of Pacific ranked 21st and 31st in the Road Needs Study. As well, the budget earmarks $120,000 for engineering work that will pave the way for the reconstruction of Fryer Street from Alma to Simcoe Street. The three stretches of road are ranked 9th, 10th and 91st in the Road Needs Study.

For the first time, the Town is embarking on a Mill and Pave program, which promotes improved roads and cost savings as roads are fixed long before they fall into a state of disrepair. There is $470,000 allotted for the program in 2020, with $185,000 for the St. Therese Subdivision, $250,000 for Ventnor Avenue and $35,000 for Venetian Drive. The 2020 tar and chip program will cost $200,000 and target Southside Road, from Creek to Concession Road 4 South, and a section of Concession Road 4 North near County Road 8.

Another big-ticket item will close a glaring and dangerous gap in the Town’s active transportation network. The budget earmarks $710,000 for paved shoulders on Alma Street between Fryer and Meloche Road, which is no fun right now for cyclists, runners or walkers. Completing this project will mean residents from McGregor and Anderdon will now be able to get to the Libro Centre or downtown almost exclusively on pathways. As it stands, there is no trail link between the multi-use trail on Meloche Road and the pathway on Thomas leading to Greenway and the path on Texas Road. 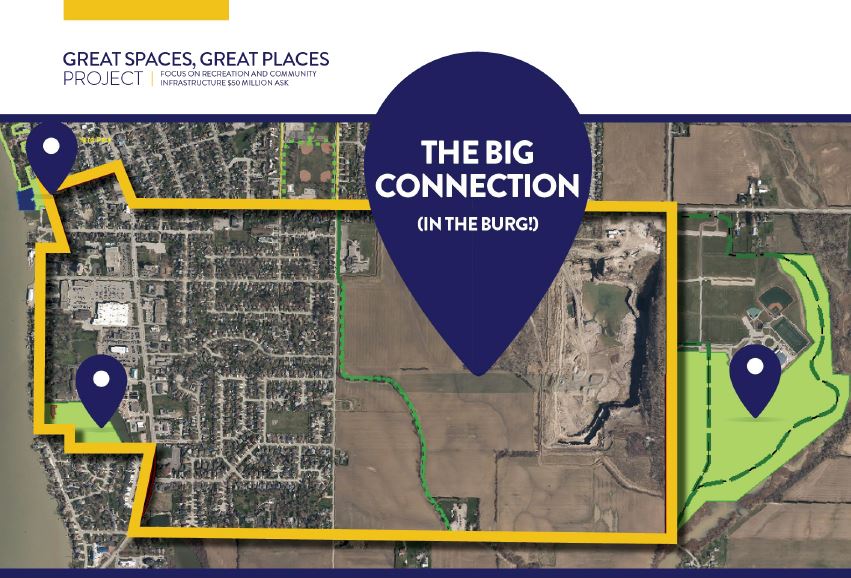 The $500,000 put into reserves for the Great Spaces, Great Places project could bear considerable fruit if the town is approved for federal and provincial funding through the Investing in Canada Infrastructure Program. The Town’s ambitious proposal would see the development of the Duffy’s property, the development of the property surrounding Belle Vue and the expansion of amenities, including a pool, at the Libro Centre. It would also place an emphasis on trails and active transportation, transforming the Simcoe Street corridor into one that separates vehicular traffic from pedestrians and cyclists.

Under the program, the town would fund 27 per cent of the project, with the federal government funding 40 per cent and the provincial government funding 33 per cent. We should learn this year whether we’ve been approved for any or all of the funding and can then have a community discussion about whether to proceed with part or all of the plan, keeping in mind ongoing costs related to operations and maintenance would be borne solely by the Town.

The 0.56 per cent budget increase passed by Council works out to a $14 increase on a home valued at $250,000. My colleagues and I cut the increase down considerably from the 4.55 per cent hike proposed by administration. We did that largely by opting against some recommended hires and by using $464,000 from the $564,000 in police savings to lower the tax rate. Administration had recommended putting the savings into reserves but Council opted to target the tax rate instead.