Amherstburg firefighters stepped up this weekend for a brave boy battling cancer. And then they climbed – to the top of an aerial truck ladder so they could snake blue and white Christmas lights down that towering tree at the southwest corner of Simcoe and Victoria Streets. 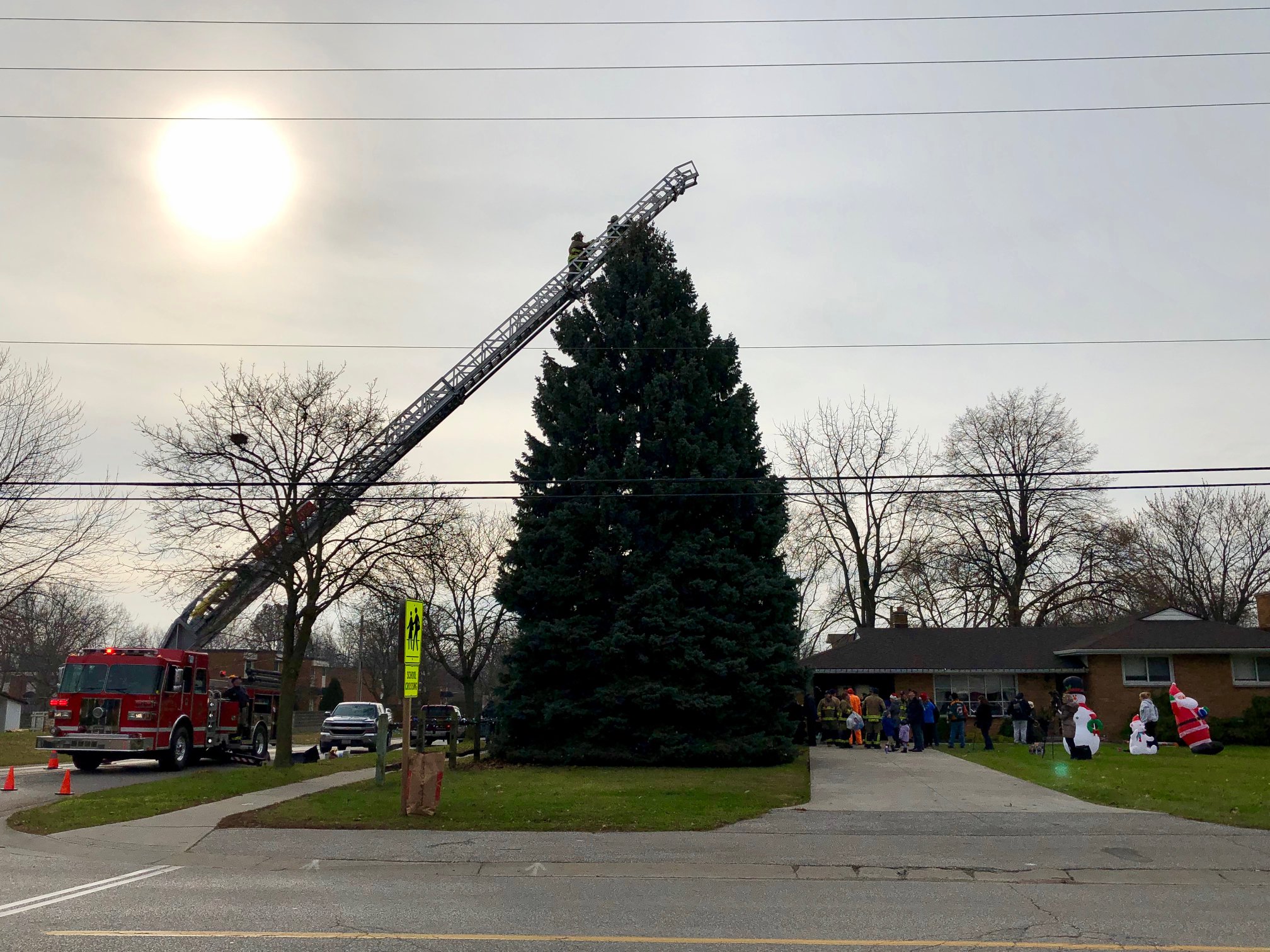 And when they realized there weren’t nearly enough lights to cover that tree, let alone the other trees and fence outside the family home of ten-year-old Brock Hasson, the firefighters went back to the store and purchased some more. Blue and white. Brock’s favourite Christmas colours.

“They stepped up and bought the lights when they realized how big the tree was,” said Robin Ferguson, a family friend who organized Saturday’s event, knowing it would boost Brock’s spirits ahead of chemotherapy treatments next week. “They bought the lights and then they strung them up.” 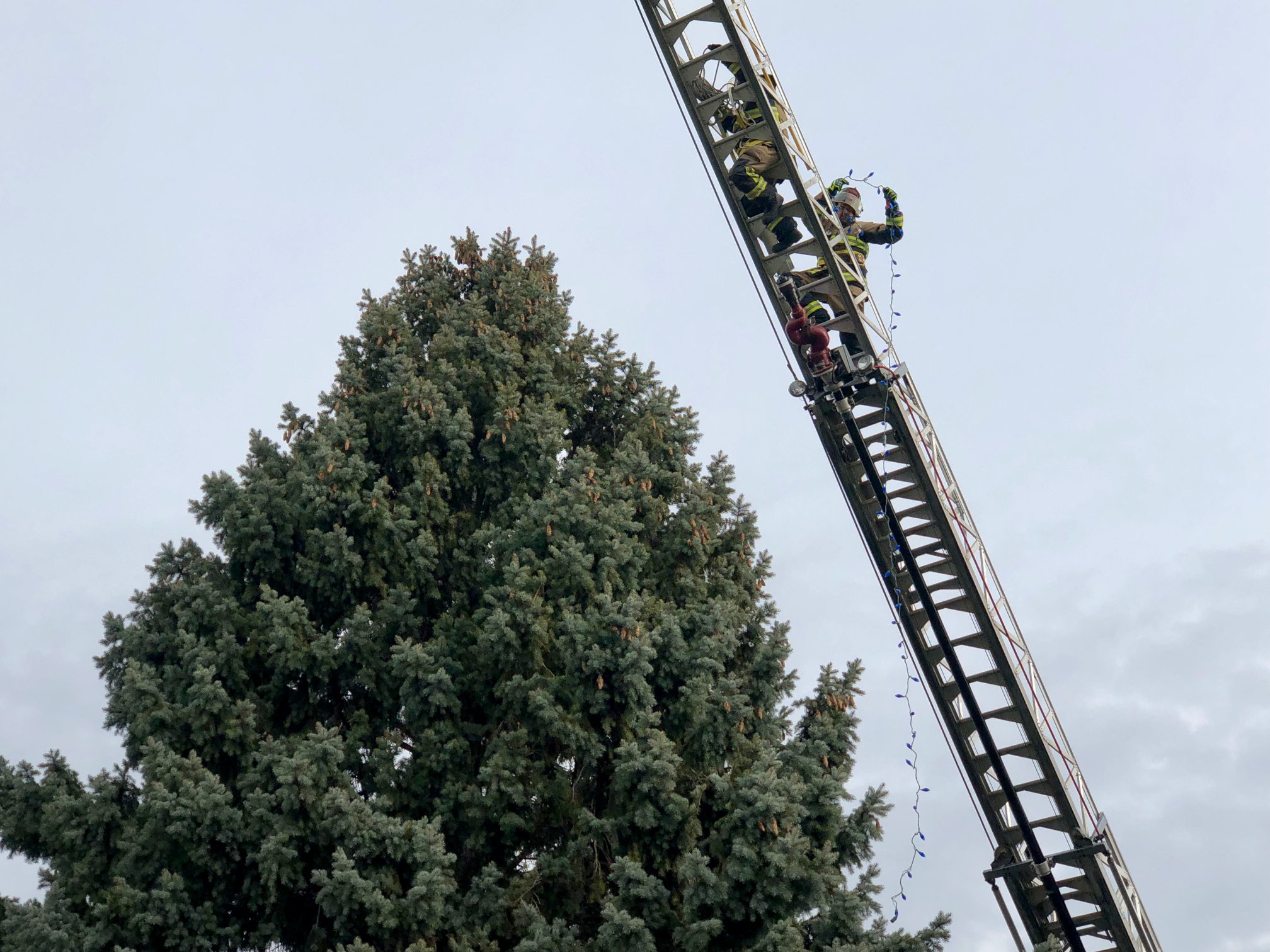 All told, firefighters and volunteers alerted to the event by Robin’s phone calls or Facebook post, hung about 3,000 lights outside Brock's house and blew up several inflatables. They even decorated his bedroom and outfitted his cat with a cute, little Santa costume. 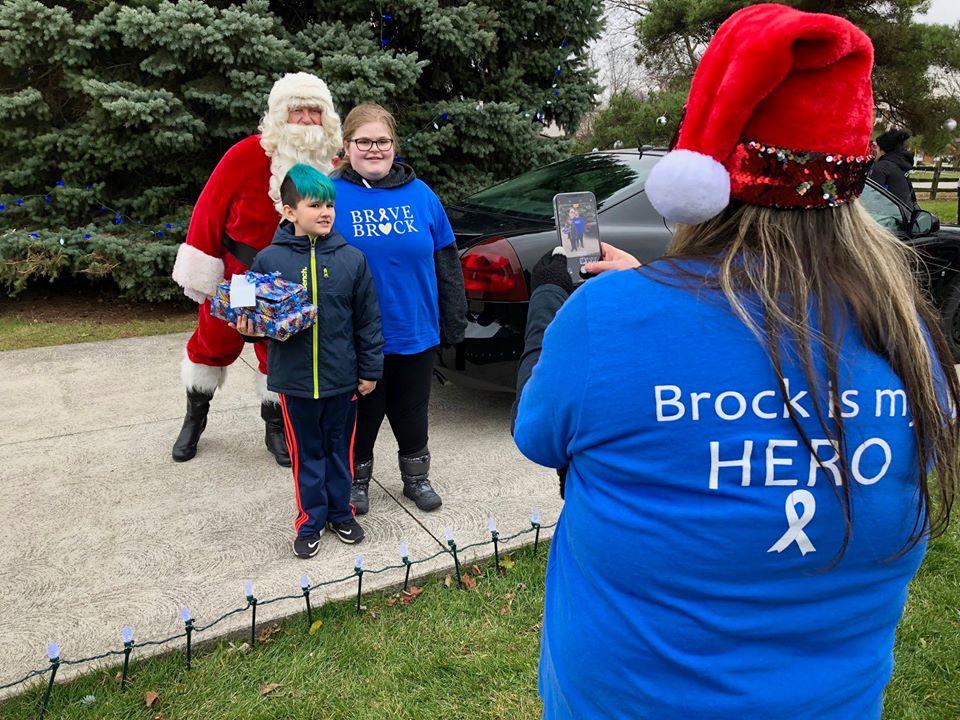 Robin was blown away by the support of the community. She received donations from Tim Hortons, Canadian Tire, Home Hardware and residents who didn’t know the family but had heard of the event and wanted to help out.

"I put out the call and everyone stepped up," said Ferguson. "This is wonderful. This is what Christmas is all about. Everybody coming together to help someone who needs help."

Santa, by the way, was on hand to greet Brock when he arrived home Saturday afternoon, surprised and awestruck by the lights and the gauntlet of supporters lining his driveway, some carrying signs and wearing shirts saying: “Brave Brock” and “Brock is my Hero.”

Brock’s face lit up when he saw the lights and he gravitated toward the firefighters, who made him an Honorary Junior Amherstburg Firefighter two years ago when his cancer journey was beginning. He was originally diagnosed in July of 2017. His cancer relapsed in August of 2018 and again in October. 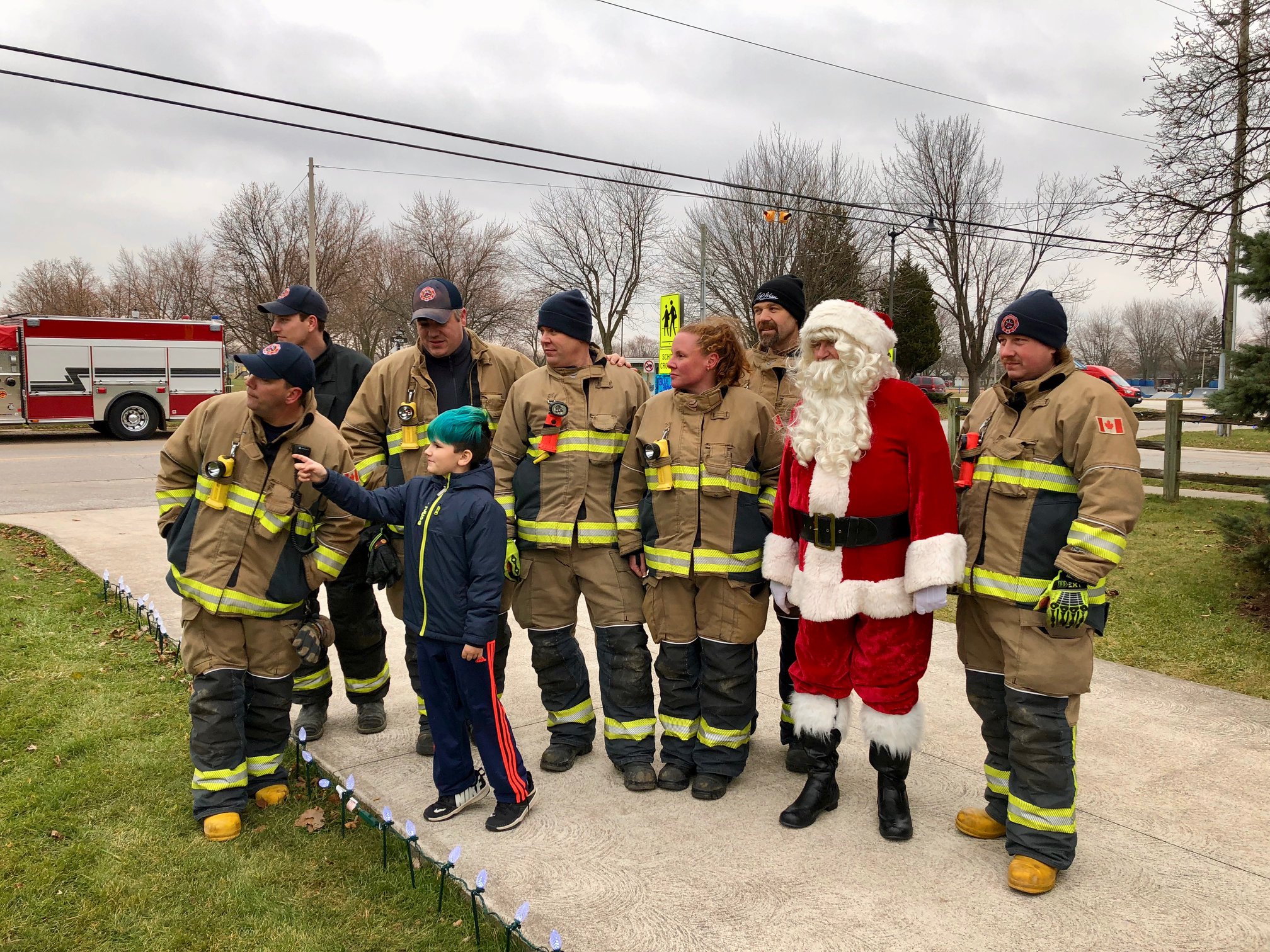 “When the call came in earlier this week, we said ‘absolutely, we need to get here to really make this a really special Christmas for Brock.’”

Brock’s family has started a Go Fund Me page as his mother is off work while he receives treatment, the third such time in just over two years.

Brock has “faced multiple surgeries, scans, and treatments,” says the Go Fund Me Page, but has stayed positive throughout and “always keeps a SMILE on his face!”

Ron Giofu of the River Town Times was on the scene, of course! Check for his story in Wednesday's RTT!

Here is the piece produced by Alana Hadadean of CTV Windsor, which was packaged and posted for CTV National! 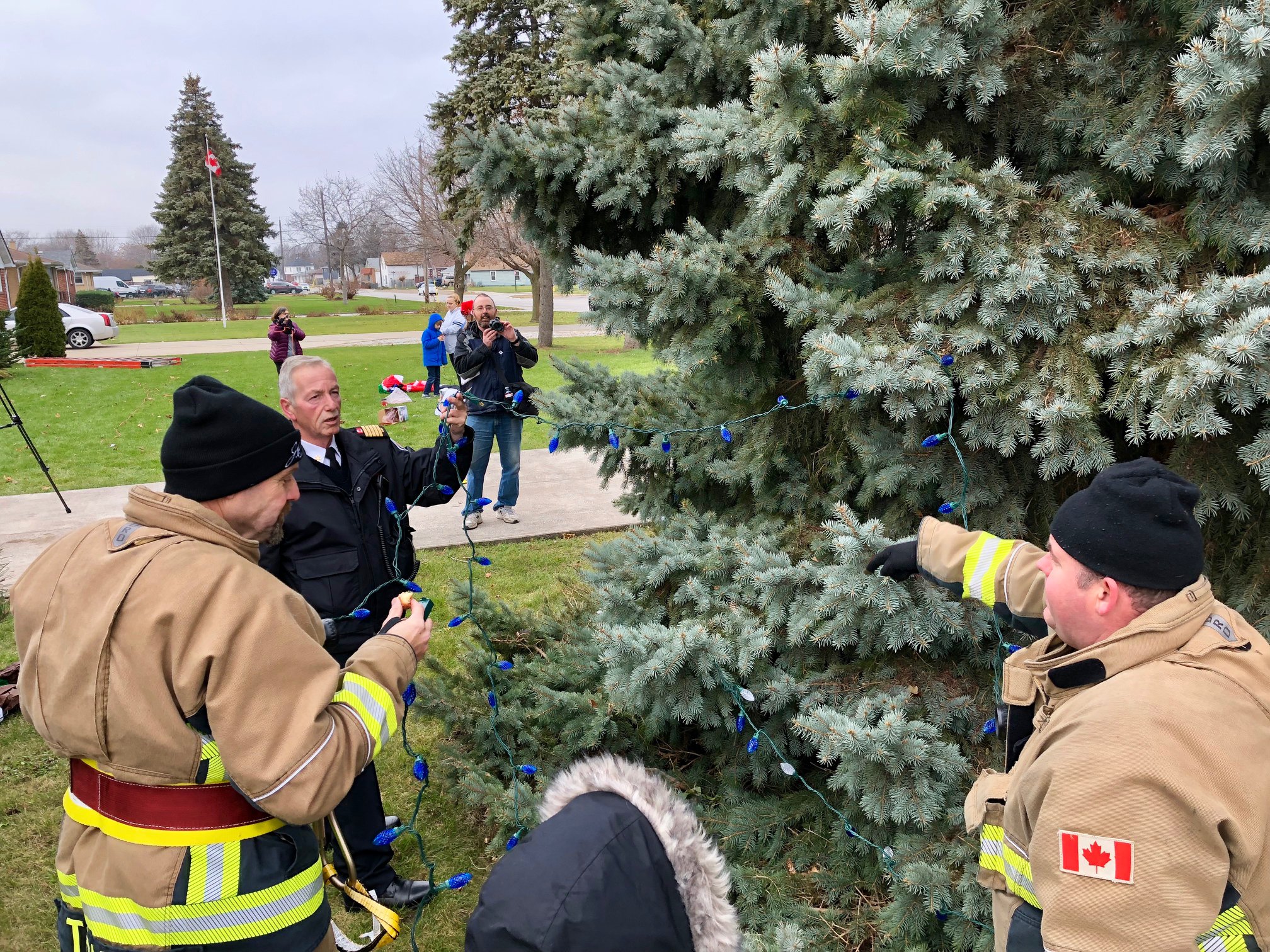 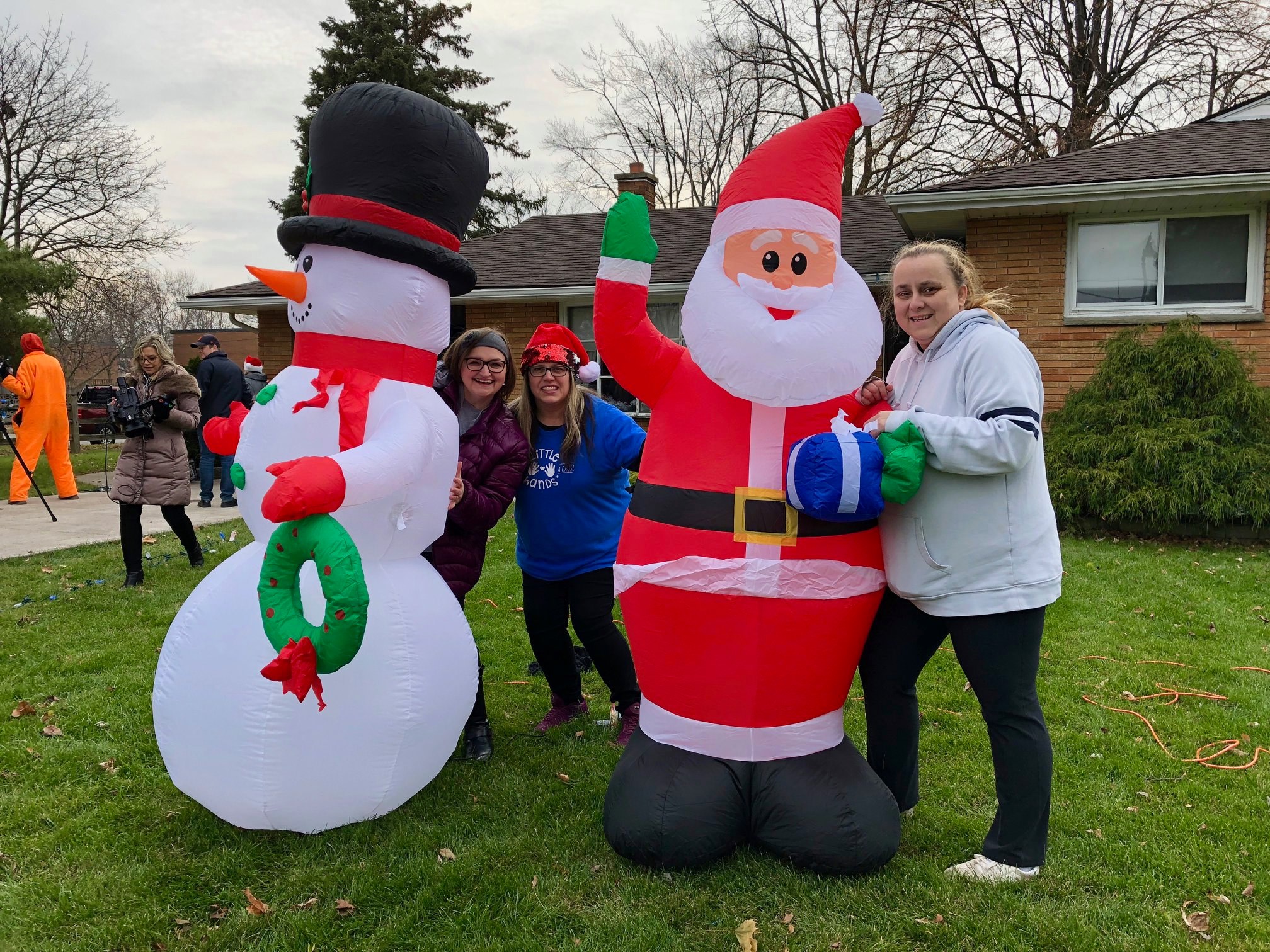 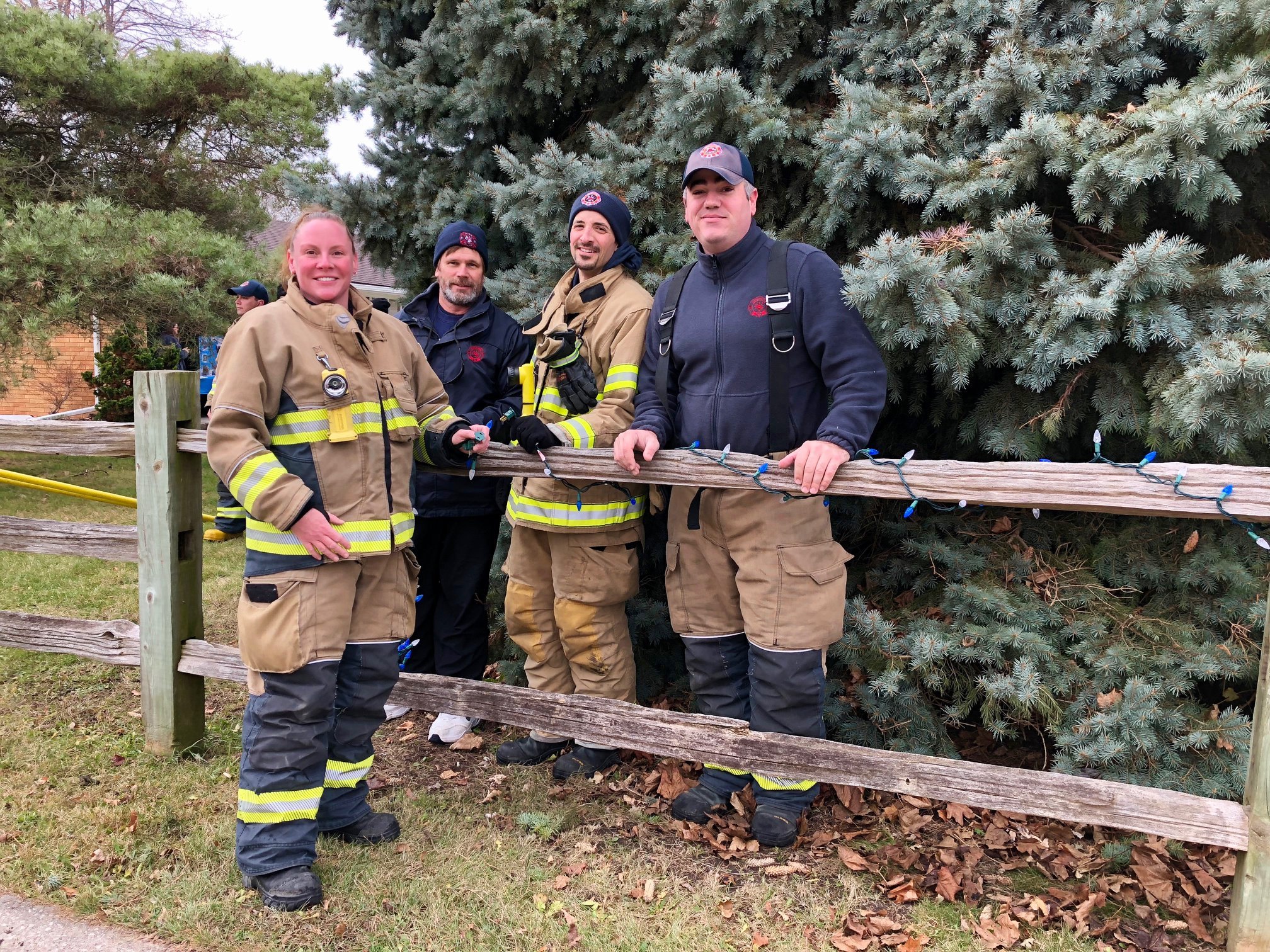 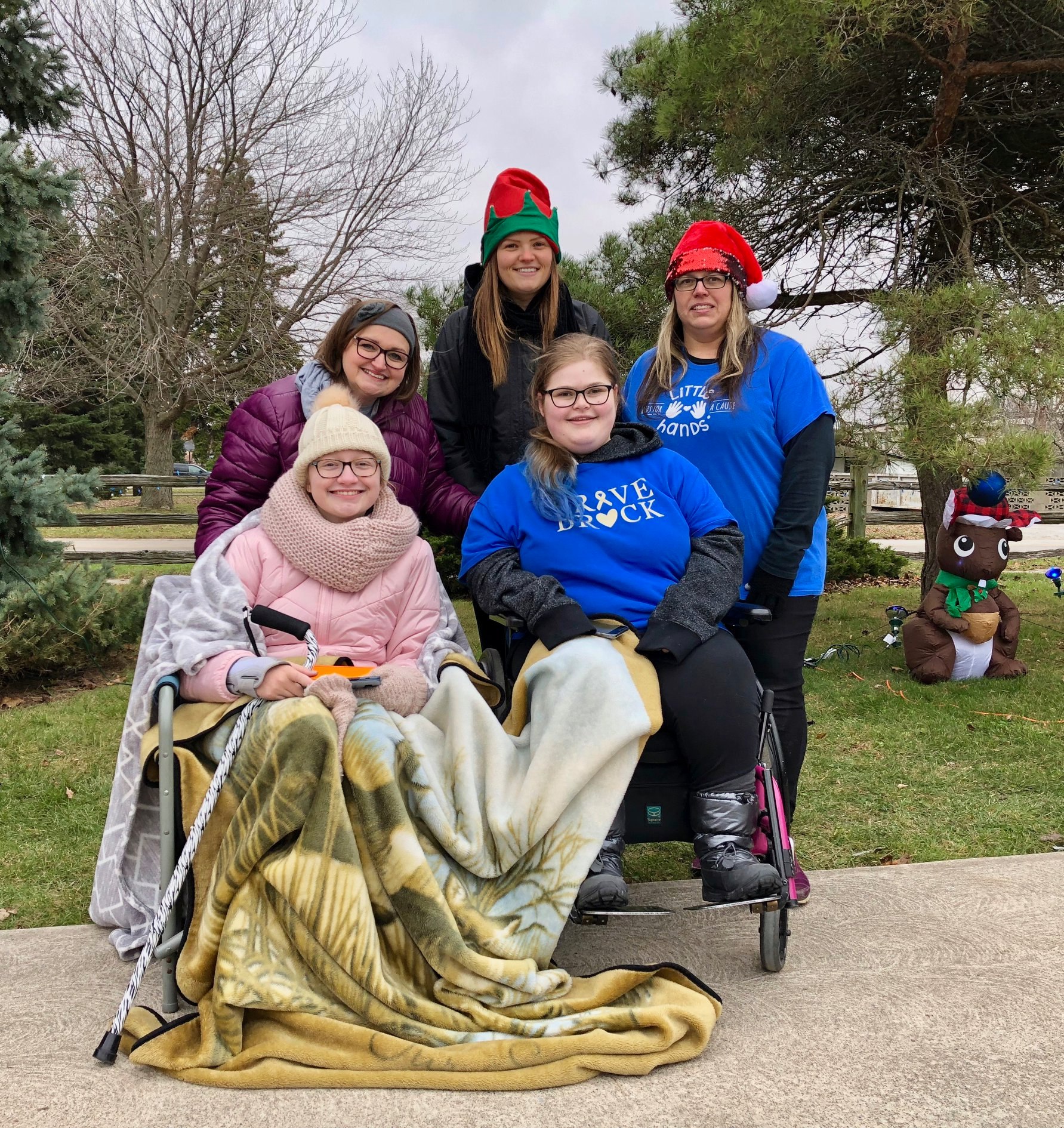 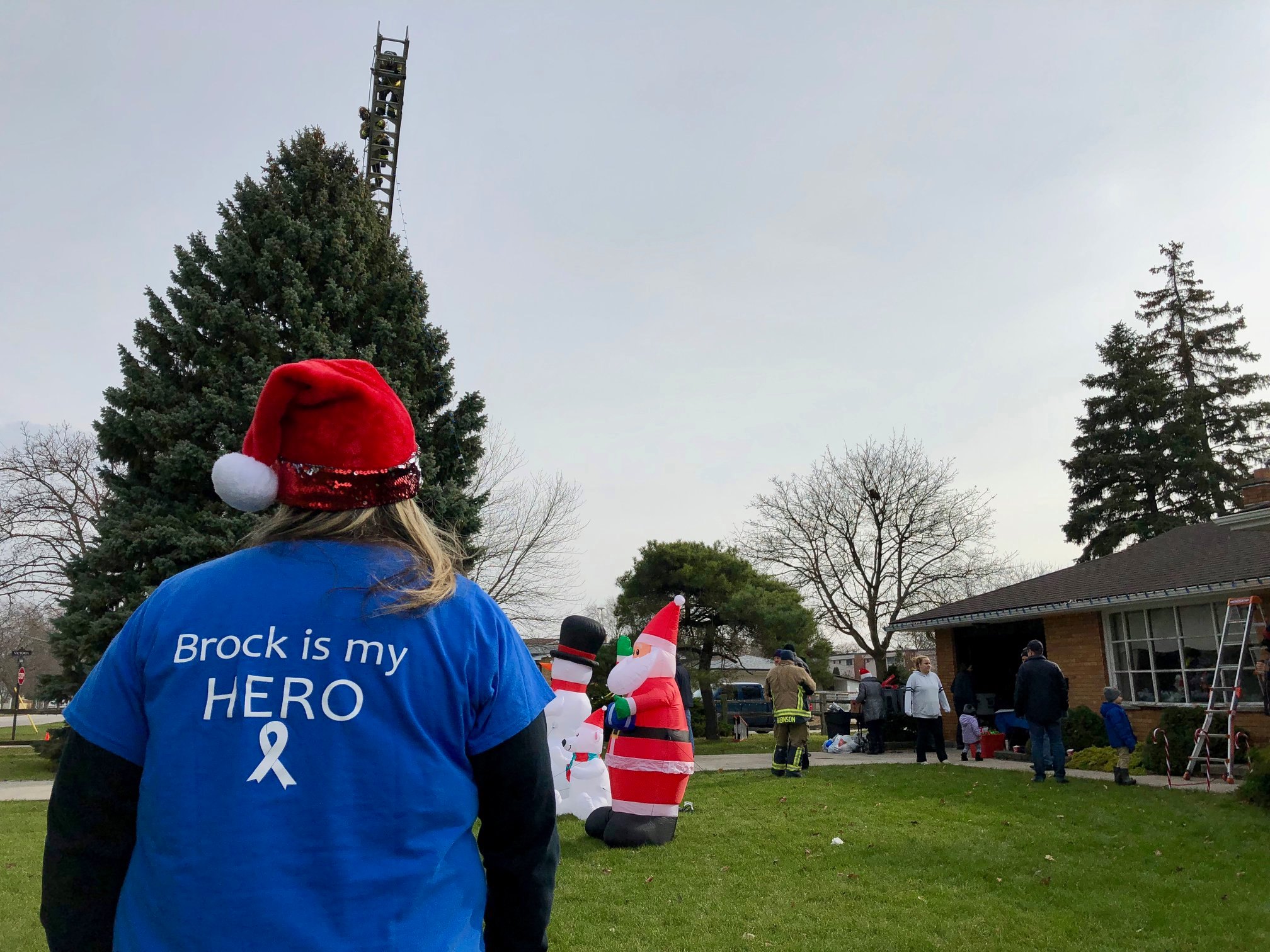 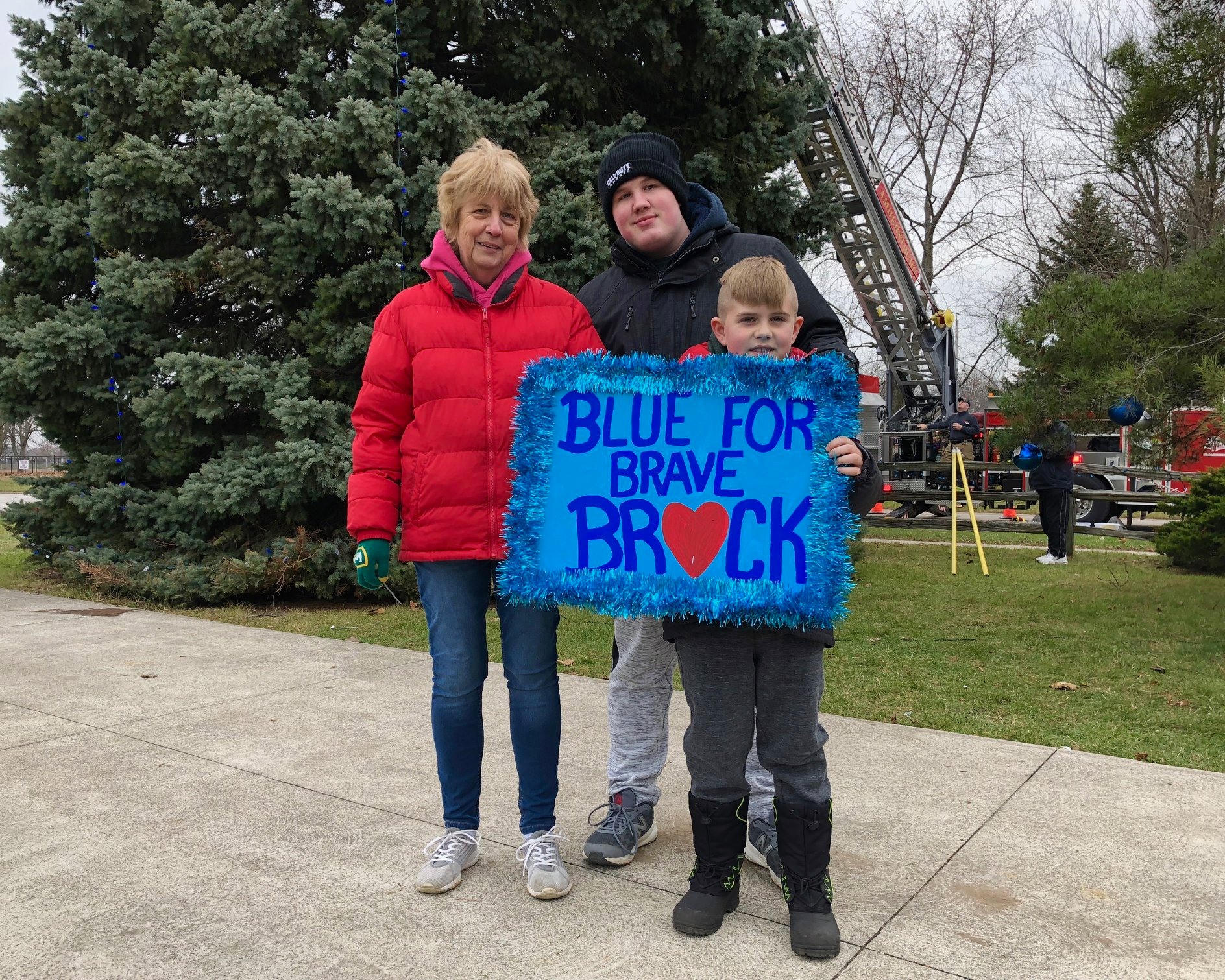