There was an overflow crowd at the Heritage Advisory Committee meeting Thursday evening when plans for a boutique hotel in downtown Amherstburg were unveiled by Richard and Colleen Peddie.

The exciting proposal calls for a hotel at 256 Dalhousie Street with 12 suites, each with balconies, along with a restaurant facing the Detroit River and a retail shop fronting on to Dalhousie. The style of the new building would mimic the industrial architecture of the Victorian era and complement the existing heritage vibe of downtown Amherstburg.

“We plan to get on with it as soon as we can,” said Richard. 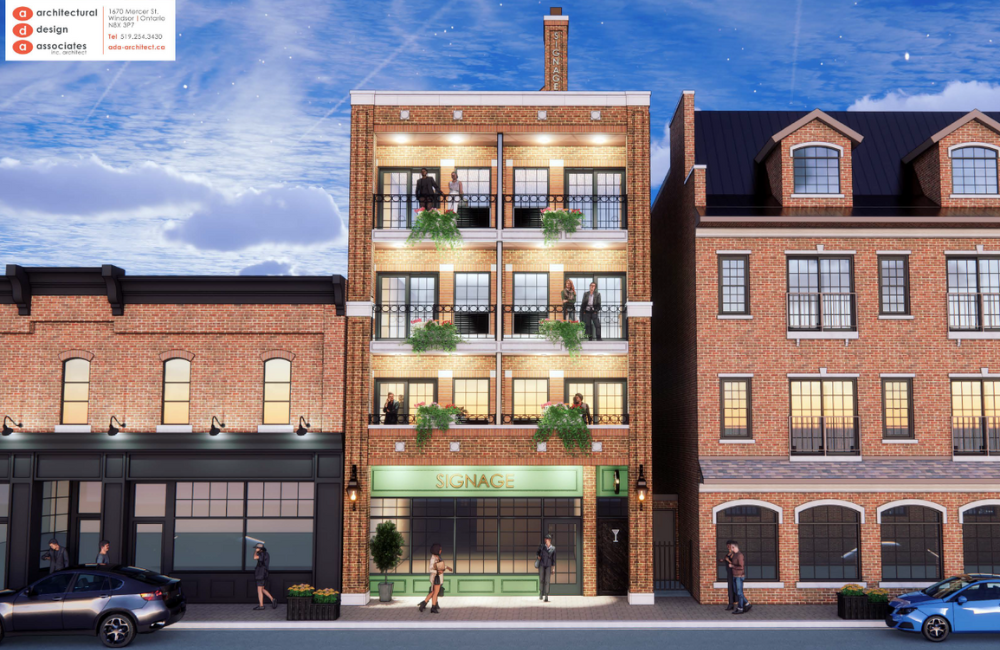 Colleen said they plan to promote stay and play weekends leveraging the hotel’s proximity to museums, historic sites and breweries and wineries, allowing visitors to “take part in everything that Amherstburg has to offer.”

They have plans to rent bikes, including E-bikes, and will work to attract visitors in the leaner winter months, citing the popularity of River Lights and the potential of Valentines Day weekends and other unique programming.

“There’s a lot of opportunity for us here,” Colleen told the committee. “It will be a reason for people to visit the Town and a new way to stay and enjoy the Town.”

"Construction of our hotel concept necessitates the demolition of the present structure. However, we believe that our design is in keeping with the scale and design of the downtown's heritage properties," said the Peddies in their presentation to the committee. "We know that Amherstburg is a heritage town, and we are committed to working with you to preserve its history."

The Heritage Committee endorsed the notice of intent to demolish the existing building and supported the concept plan and proposal as presented. The committee also recommended that the existing property be removed from the heritage properties of interest list and concurred with a proposal to commemorate the site’s history with a plaque.

The room erupted into applause when the committee voted in favour of the proposal, speaking to our community's long-held desire for a hotel, so that tourists spend two days here instead of two hours and so that visiting friends and loved ones don't have to bunk down in Windsor or Leamington.

The heritage value of the existing property is in its historical context and not its architecture, the committee heard. The property was once known as Lot 8 and reserved for the occupation of John Sparkman, the Barrack Master of Fort Malden.

Committee member Stephanie Pouget-Papak said she generally opposes the demolition of buildings with heritage value but that it was warranted in this instance because of the building’s lack of architectural attributes and because of  “the ultimate experience that this would create in terms of economic development and tourism.” 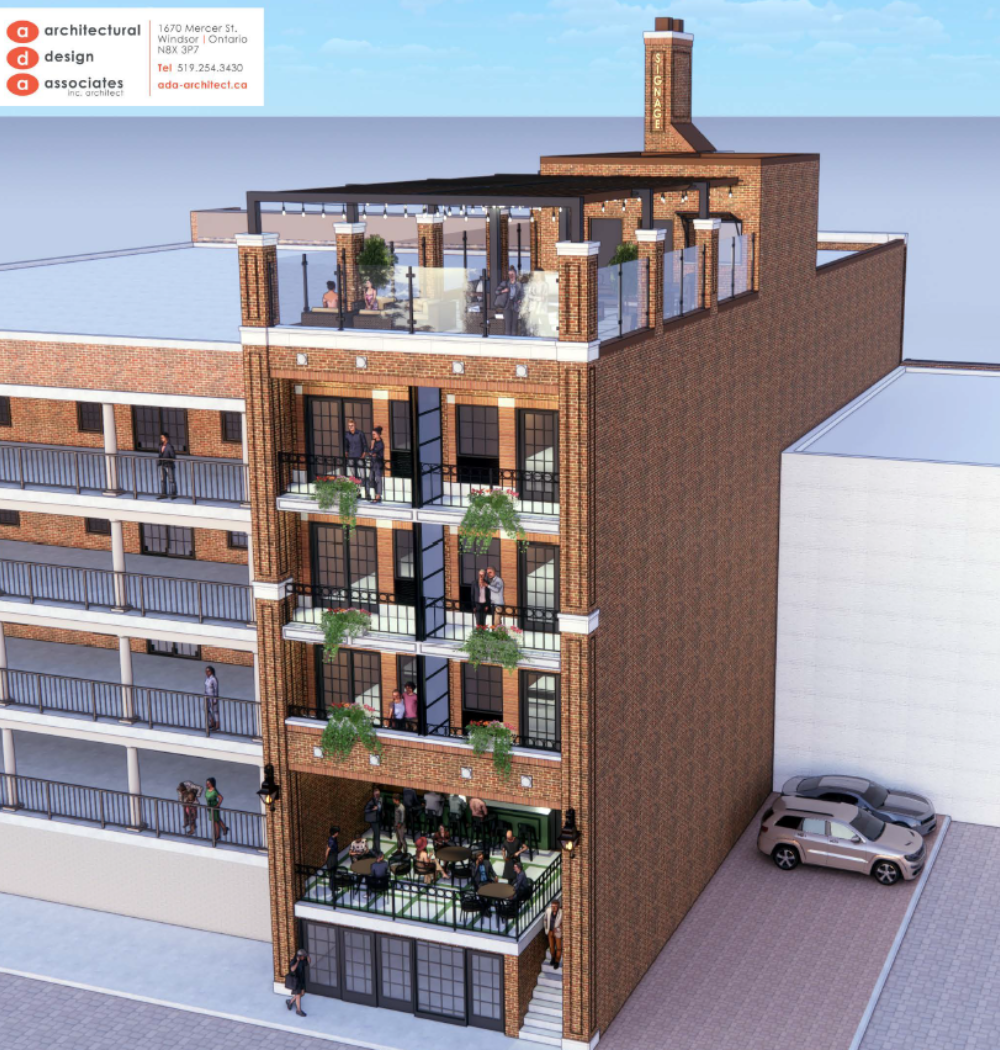 The Peddies have hired Architectural Design Associations, who believe that “architecture should charm and inspire communities,” and who were responsible for the transformation of the former Loop building in downtown Windsor into the new Quicken Loans Building.

The Peddies have actively championed the preservation of heritage properties in Amherstburg and were honoured by the Architectural Conservancy of Ontario for their stunning transformation of 67 Richmond Street into River Bookshop, which features an event space called the Hole in the Wall on the second floor. They are also working with Meg Reiner to publish a book with pictures and back stories of more than 100 historic properties in Amherstburg.

They have also helped revitalize the downtown by opening Evelyn’s Candy House and White Woods Home and championing public art projects like the Our River Our Home Mural in King’s Navy Yard Park and the Look Again! Outside! installation in partnership with Art Windsor Essex. 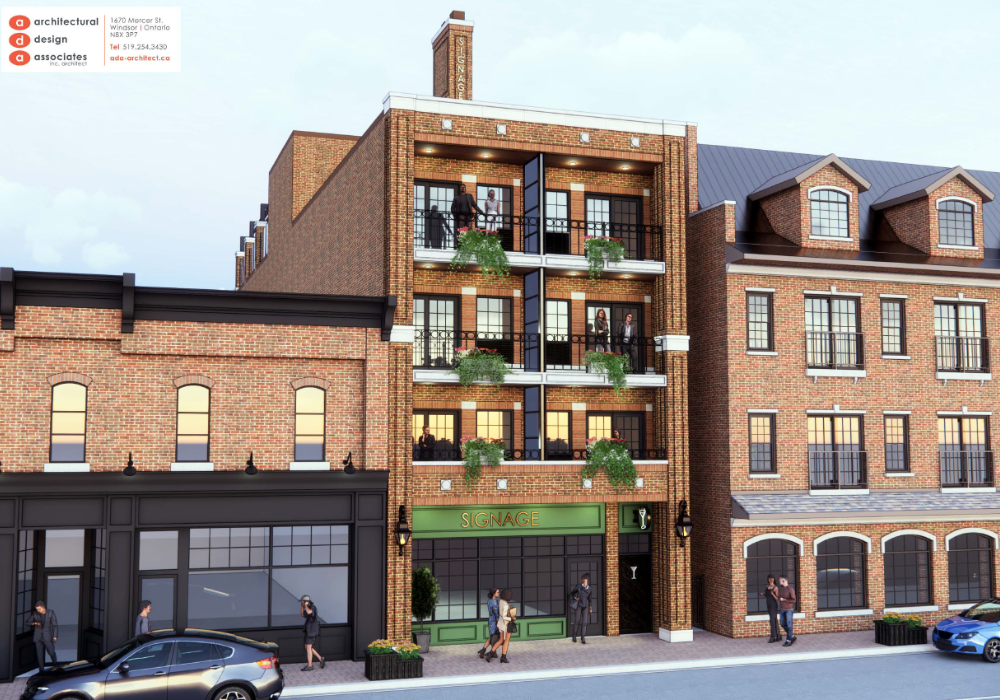 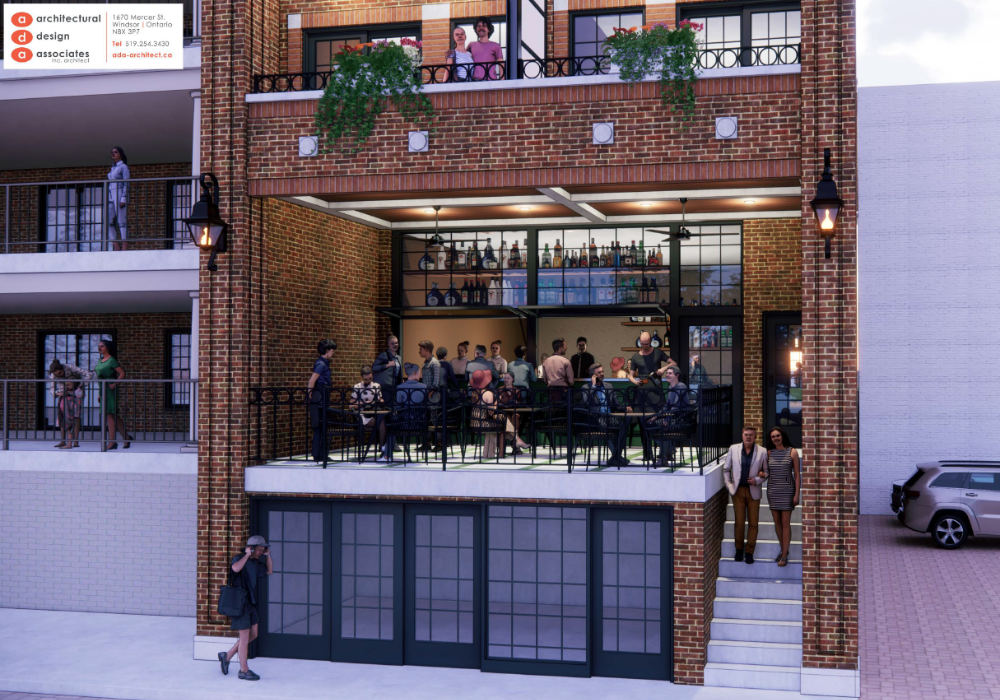 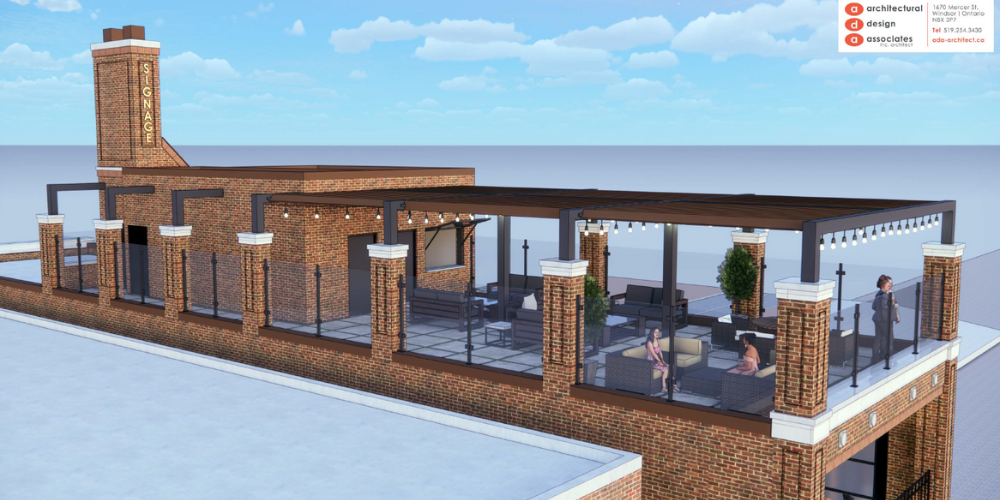 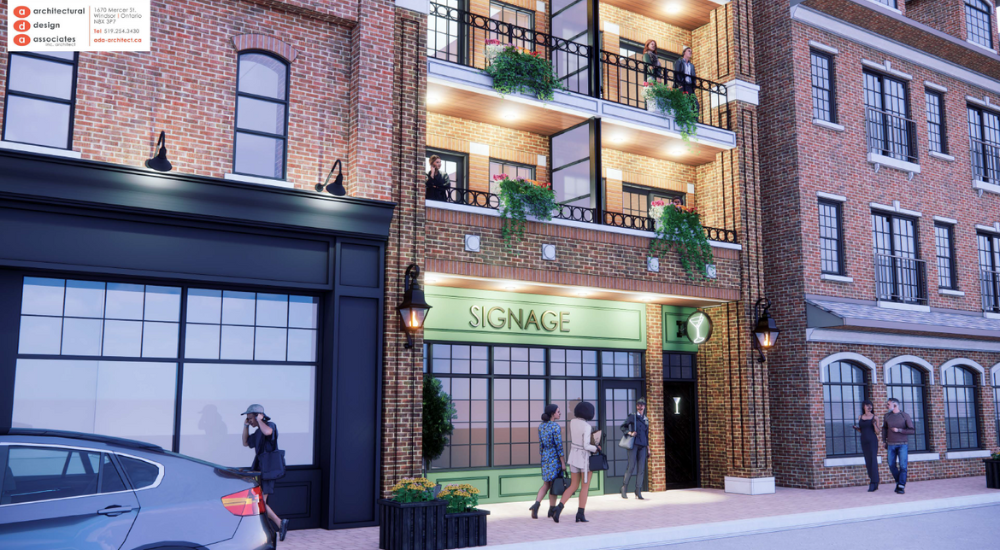 Donald McArthur is running a positive and progressive campaign for re-election to Amherstburg Council. Go Aburg!

Tweet
There was an overflow crowd at the Heritage Advisory Committee meeting Thursday evening when plans for a boutique hotel on Dalhousie Street were unveiled by @RichardAPeddie and Colleen Peddie. #Amherstburg #GoAburg
Amherstburg Heritage Committee Supports Proposal For Downtown Hotel
Donald McArthur is running a progressive, positive campaign for Amherstburg council. #GoAburg