I’m never going to pay another fire permit fee in Amherstburg unless I buy a new house or move my fire pit to a new location.  And if you’re like me and the hundreds of other Amherstburg residents who obtained fire permits over the past two years, you shouldn’t have to pay again either. 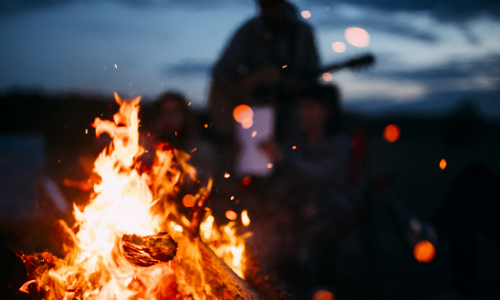 My Council colleagues and I voted Monday night to shift from an annual fee system to a one-and-done inspection and fee system. The switch will reward the more than 500 law-abiding homeowners who paid $25 per year to set backyard fires by eliminating their obligation to pay every year. So long as they don’t change their approved fire set-up, they should never have to pay the fee again.

Homeowners will save significantly over time compared to the annual fee system. They’ll be $16 ahead by the fourth year and it’s nothing but gravy after that. As well, the new system reduces the burden on the general tax base, which had been subsidizing the cost of fire inspections.

While residents will still have to renew their permits annually, they will no longer have to pay that annual fee. Nor will they have to drive to Town Hall to hand in the paperwork. Amherstburg Fire will now make use of an online program that will enable residents to renew their permits online from the comfort of their own home. New permit applications will also be able to be processed online.

Would I have liked that one-time fee to be a bit lower? Absolutely. But then taxpayers who don’t have fires would have to subsidize the cost of those who do. And that doesn’t seem fair. If existing residents haven’t obtained a fire permit over the past two years, they aren’t likely to get one no matter what system we have. So why keep punishing the law-abiding early adopters?

Would I have liked to scrap the permit system entirely? In a perfect world, yes, but in a perfect world we wouldn’t need firefighters at all because there would be no out-of-control fires or bad neighbours or small backyards with flammable structures or smoke issues or avoidable emergency service calls that cost taxpayers a significant amount of money.

The fire chief makes a good case that a permitting system benefits public safety and also public coffers. A permitting system reduces the number of calls the fire department responds to and allows the department to provide more measured responses. As well, it better enables the Town to recover funds when firefighters respond to backyard fire calls at homes without permits or homes that are violating the terms of their permits.

The new system and new fee structure is set to kick in come the New Year. If you’ve been putting off applying for a fire permit, now would be the time. Think of it as an early Christmas present. $25 and Bob’s your uncle. The gift that keeps on giving.