An overwhelming majority of respondents to surveys about future uses of Jack Purdie and Centennial Parks favour all-park options for both and are in favour of paying more taxes to maintain our parks, according to results that will be reviewed tonight by the Parks and Recreation Advisory Committee.

Some themes, like a desire for more trees, playground equipment, walking paths and an opposition to affordable housing on parkland, are common to surveys for each of the parks, but there are interesting differences in the results when it comes to how often people use the parks and what mode of transportation they use to access them. 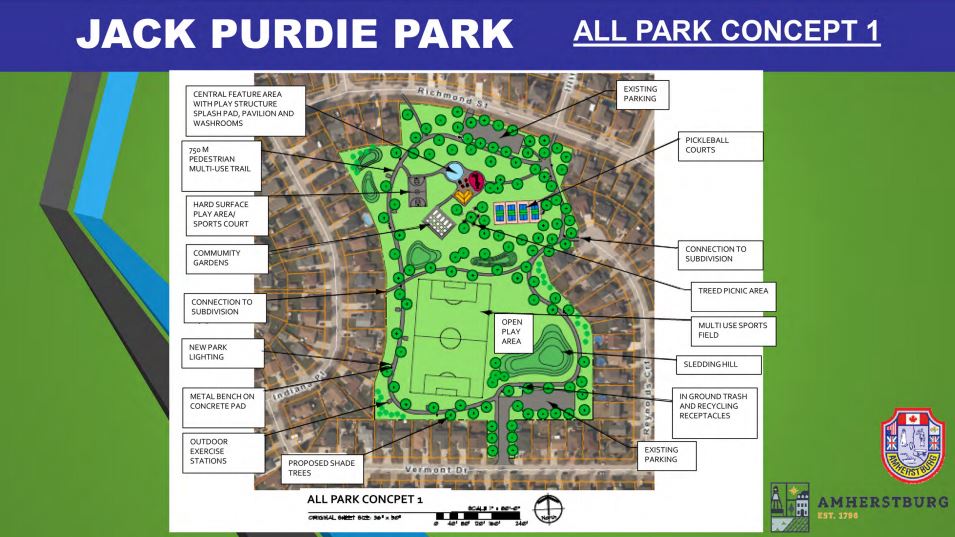 Survey respondents were clear, though, that they would visit both parks more frequently if they were improved and outfitted with additional recreational amenities. 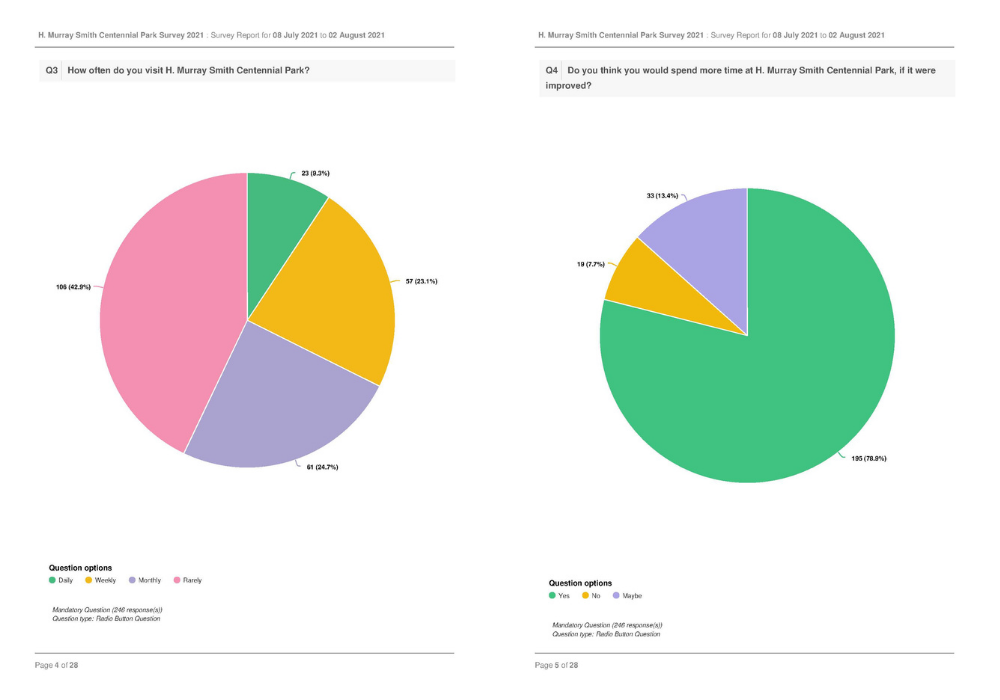 77.3 per cent of survey respondents said they would Jack Purdie Park more frequently if it were improved and 78.9 per cent said they would visit Centennial Park more often if the Town invested in it. Jack Purdie Park is sprawling but right now features only playground equipment in desperate need of repair and no other recreational amenities save for a trail system also in need of refurbishment. Centennial Park once had tennis and basketballs courts, ball diamonds, a skate park, a pool and a track and field complex but now a portion of that track is behind a fence on school board property.

Respondents to each survey were provided a list of 20 recreational amenities/park elements and asked to rank the most important to least important. For Jack Purdie Park, the five most popular amenities were playground pieces, trees, walking paths/multi-use trails, grass sports field/open and splashpad. For Centennial Park, the top five were trees, playground pieces, walking path/multi-use trail, the sledding hill and washrooms. Among the least popular options for both parks were soccer fields, pickle ball courts and baseball diamonds, which speaks, perhaps, to the undeveloped potential of the Libro Centre because residents I've heard from have expressed a desire for more pickle ball and tennis courts. 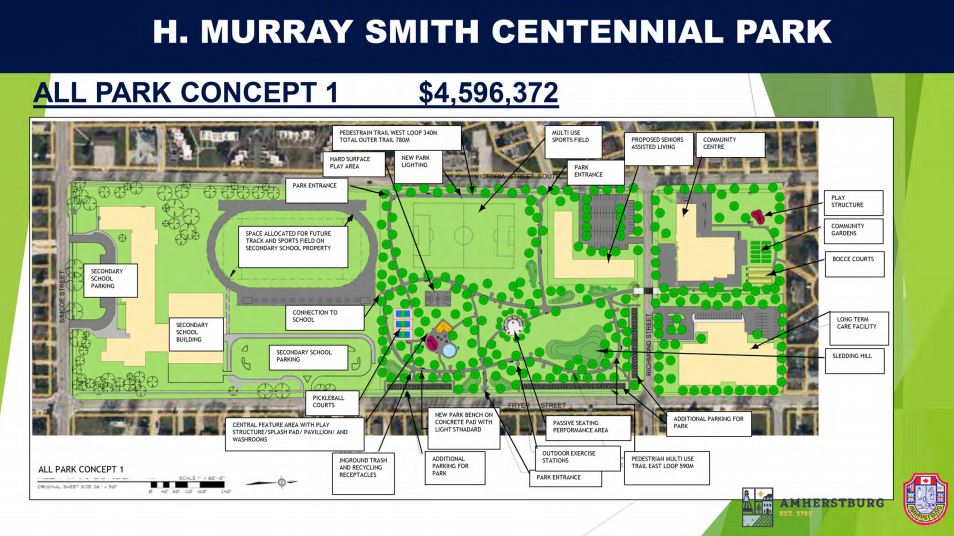 These survey results will be presented at tonight’s Parks and Recreation Advisory Committee meeting. Town Staff intends to analyze all the public and committee feedback and potentially revisit and revise the concept plans ahead of another round of public consultations scheduled for the autumn. These are your parks so please keep the input coming!