A groundbreaking ceremony was held Thursday for a 114-unit, six-storey residential development being built by the Piroli Group on the corner of Sandwich Street North and Brunner Avenue.

The River's Edge development will feature rental suites costing between $1,480 to $2,360 per month and will help fill a desperate need for accommodations in Amherstburg, allowing younger residents to strike out on their own and aging residents to downsize and remain close to home, freeing up standalone houses for young and growing families. The more accommodation units and the more choices residents have the better. Occupancy is expected for the fall of 2023. 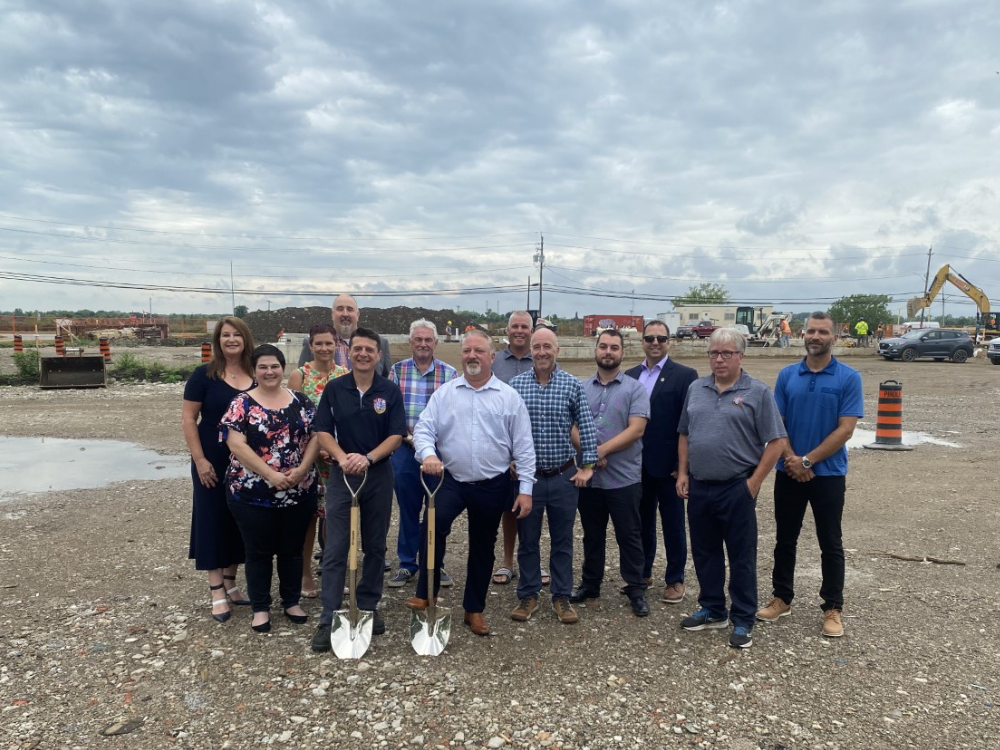 Rob Piroli of the Piroli Group praised Town Council and Town staff, including CAO Valerie Critchley and Director of Development Melissa Osborne, for working with his team to get the project across the goalline and called Amherstburg a “beautiful and thriving municipality.”

The Piroli group is also proposing to construct a twin 114-unit building immediately to the north of the building under construction and Piroli said he was looking forward to another groundbreaking ceremony in the future. Piroli said he was also considering other development opportunities in Amherstburg.

The Piroli Group worked with the Town to make adjustments so the building would be a great fit in what Mayor Aldo DiCarlo called “the most progressive and impressive Town in all of Canada.” Ten per cent of the rental units will cost lower than market rent, EV charging stations will be part of the project and more parking is on site than is required. As well, the developer worked to ensure there was a heritage feel to the building.

The Piroli Group also amended plans to add trees larger than initially planned and donated $10,000 to the Town for its residents tree giveaway program for 2023. 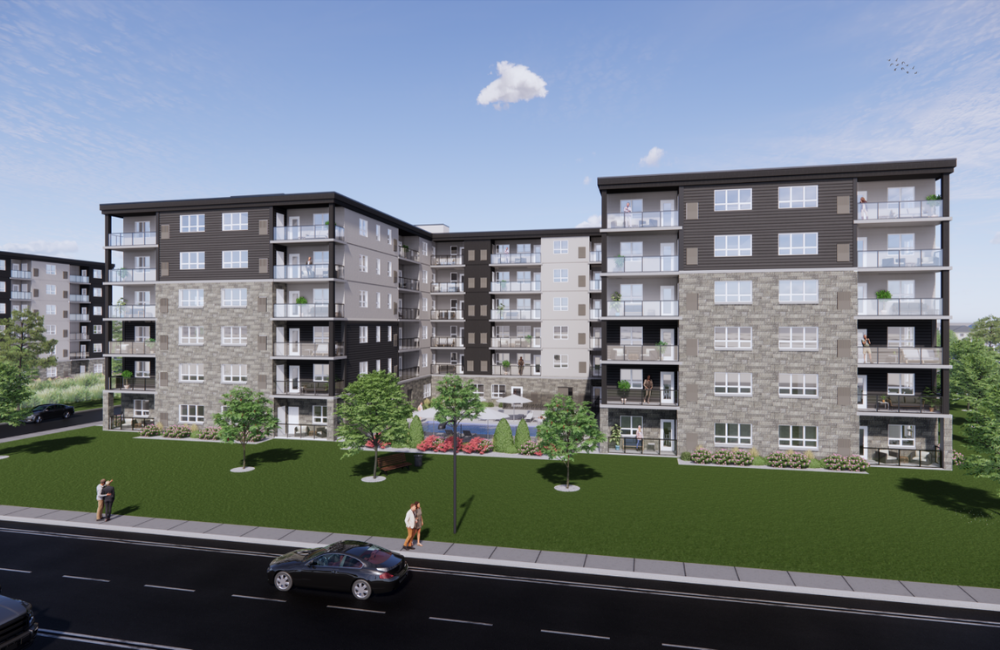 DiCarlo praised the Piroli group for being a “valued community partner” and “community leader” and said the building would be a spectacular addition located at the northern gateway to the downtown.

“I believe this development will be both a testament and a beacon for reinforcing Amherstburg’s reputation of being the place to be – to live, to visit and to invest in,” said DiCarlo. “Over the last couple of years, the single biggest issue for municipalities, not just in the province but the country as well, is the lack of housing, all kinds of housing, and this development will play a major role in addressing housing availability in our community.” 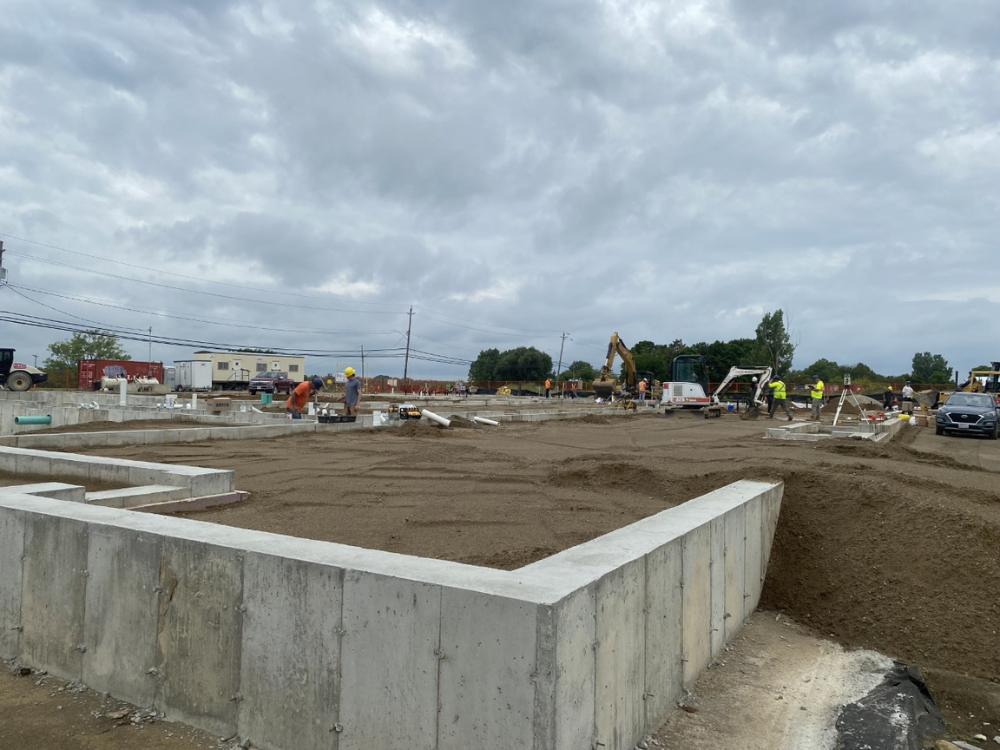 This is just one of several residential developments that has either been approved or is in the process of being approved by the Town, proving that Amherstburg is definitely a place where people want to live and raise their families.

Developments like this broaden the tax base and ensure there are more people paying for the things we all share, like parks and recreational amenities, emergency services and sidewalks, trails and roads.