Hampton Inn And Suites By Hilton Coming To Amherstburg, Groundbreaking Set For Spring

A Hampton Inn and Suites by Hilton could be under construction in downtown Amherstburg as early as the spring, an Amico representative told Council Thursday night. 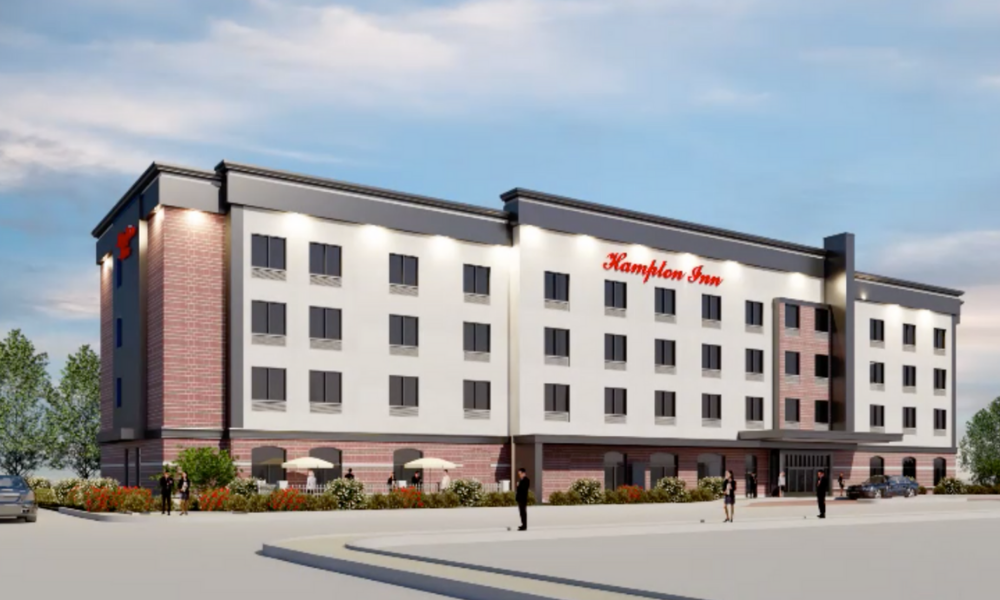 A site plan for a four-storey, 76-suite hotel at the intersection of Dalhousie and Gore Streets that incorporated feedback provided by the Town on an earlier version was resubmitted earlier this week, said Amico Vice President of Properties Cindy Prince.

While detailed construction drawings still need to be completed and legal details ironed out, Prince said Amico CEO Dominic Amicone “has put us on task to make sure we start construction this coming spring.”

Prince said “a lot of partners” were interested in operating a hotel in downtown Amherstburg and that Amico was in the process of finalizing a deal with Hilton.

There will be a swimming pool and exercise room in the hotel, which will feature 76 parking spaces, including three barrier free spaces.

Council previously approved amendments to the Official Plan and Zoning By-Law to pave the way for the development across the street from the Duffy’s property, which remains fenced off but filled with incredible potential.

Council committed $300,000 in the 2021 Budget to begin the transformation of the Duffy's property and open it up to the public as an extension of the award-winning King's Navy Yard Park.