The head of the Amherstburg detachment of Windsor Police wants residents to engage with his officers and envisions more foot patrols in parks, and even summer bike patrols, as part of an effort to promote proactive, community policing. 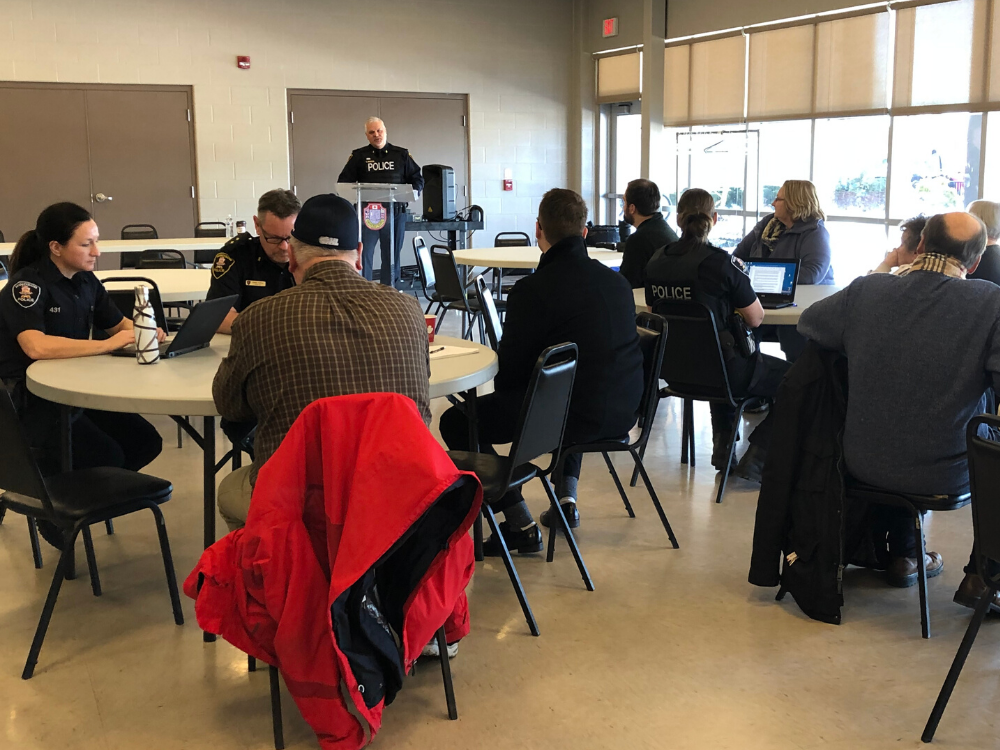 “I want people in the community to approach these officers. I want people to engage with them,” said Staff Sgt. Dave DeLuca, a long-time Amherstburg resident. “Talk to us. We’re there. We have time to engage.”

Amherstburg officers respond to fewer calls on average than officers in the bigger city of Windsor, which opens up opportunities for more proactive policing and enhanced community outreach, including expanded programming at Western Secondary School and General Amherst High School.

DeLuca raised the possibility the Town could have police bike patrols this summer and a final determination will be made after the existing supply of bicycles is inspected to see if they are ready for road. There are deployment challenges when it comes to bike patrols given Amherstburg’s size but there are opportunities as well, particularly during festival season.

DeLuca was on hand Saturday for an informative and engaging session at the Libro Centre, where the Windsor Police Service hosted the first of five public meetings to guide the development of its 2020-22 Strategic Business Plan.

A handful of residents turned out for the two-hour session including Paul Hertel, who encouraged police to have a plan in place for the diverse needs of a migrant worker population given the potential for greenhouse operations in Amherstburg.

DeLuca said Amherstburg would have its own “unique footprint” in the business plan because the Town has different issues than the city. 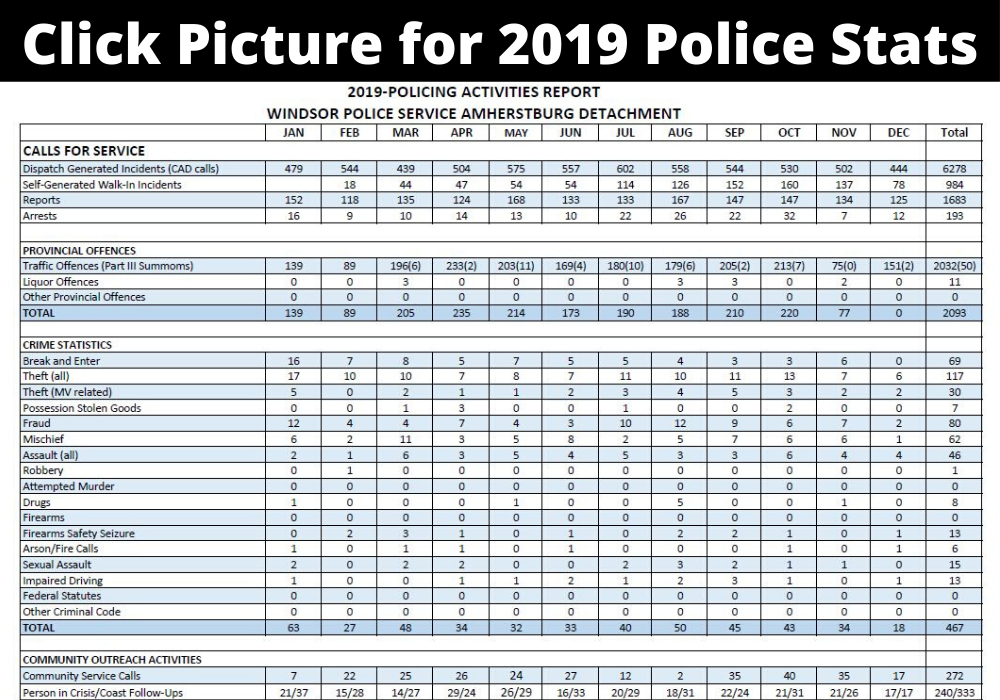 The Amherstburg detachment fields complaints about four-wheelers, snowmobiles, duck hunting and trespassing, for example, and has even had to connect with the Ministry of Natural Resources for an illegal trapping complaint. Collisions with wildlife are common in Amherstburg and collisions tend to be more severe than in Windsor because of the speeds on Concession Roads and the drainage ditches running alongside them.

He added the Amherstburg detachment had been selected for a pilot project looking to streamline and make more secure the management of digital evidence.

DeLuca was especially proud of the work being done by the Amherstburg detachment’s Community Outreach and Support Team. The specialized team consists of a social worker and a specially trained plainclothes officer who provide support to individuals struggling with mental health issues.

Amherstburg’s COAST team dealt with 240 ‘Person in Crisis’ calls in 2019 and initiated 333 follow-up calls. Those follow-ups are crucial because that means the team is helping individuals access the mental health and community supports they need, which ultimately frees up emergency resources and reduces calls to 911.

“A lot of people don’t know where to turn. They don’t know how to navigate the system,” said DeLuca. “Once they get into the programs they need, the calls for service go down.”