When Brad Mailloux looks out at the rugged landscape on the southwest portion of the former General Chemical site, he sees the potential for a mountain bike park that could turn a fenced-off area into a destination attraction for residents and tourists alike. 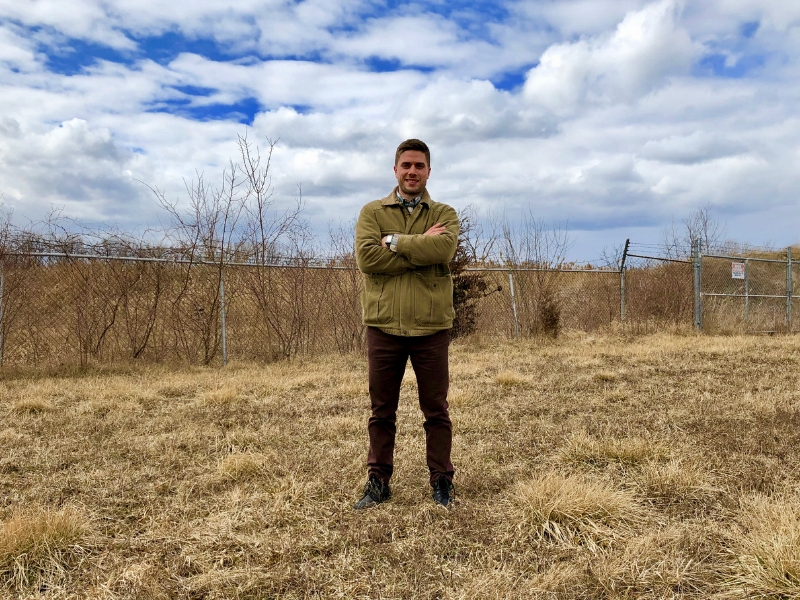 Mailloux is an avid cyclist who travels to trails in Michigan and believes people would likewise travel here if we had a mountain biking facility.

He has started a Facebook group dedicated to the concept of transforming a portion of the former industrial site into a recreational area for cyclists and hikers. The Amherstburg Multipurpose Rec Park page has 196 members and features aerial photos and video of the site.

“Essex County is always being knocked for our lack of tree cover. We have something sitting there vacant and idle,” said Mailloux. “If there is a possibility of turning that into something, why wouldn’t we do that?”

Mailloux knows there are significant obstacles in the way of his vision – the town doesn’t own the land, for starters, and the environmental degradation of the property might well be too significant to overcome. But he doesn’t want to let those obstacles get in the way of having a community discussion about what might be possible.

Mailloux has already met with the Essex County Trail Riding Association and has reached out to the International Mountain Biking Association, who could help with trail design and development should his idea take off. He is wary of spending any tax dollars but wonders if the town could work something out with the parties when and if that property is ever sold.

Mountain biking trails are growing in popularity, he said, pointing out Windsor is building a single-track mountain bike trail in Malden Park to be followed by one in Little River.

Mailloux said the section of property he is eyeing up has interesting topography and trail footprints established by security sweeps from when it was an active industrial site. The fact the property is located near the trailhead of the Amherstburg-Essex Greenway only adds to its appeal.

“To have the Greenway connect with a mountain biking trail and park would be amazing,” said Mailloux. “You could become a destination attraction and you would improve the quality of life for Amherstburg residents.”

Most people have been very supportive of the concept, said Mailloux, but they share the same questions and concerns he does about potential environmental issues. If those issues could be overcome, though, Mailloux believes a park would be an optimal use for a portion of the property.

“That’s where they build mountain bike trails. On dumps and landfills, places where there is no other use for the land,” said Mailloux. “What else do you do with the land?”