The Town is seeking public input on improvements to Warren Mickle Park and has unveiled a concept plan featuring a playground and picnic area along with a pathway winding through wildflower and wet sedge meadows. 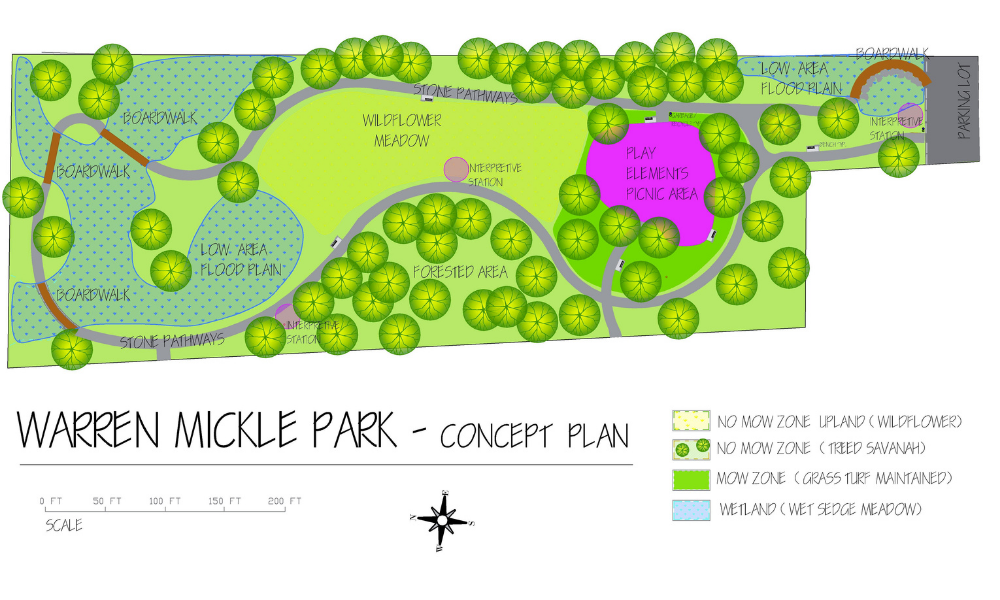 Council earmarked $75,000 in the 2021 Budget to address concerns related to flooding and high water levels that created issues for residents wanting to access the park, which is located in close proximity to a tributary wetland of Big Creek. Council voted at our most recent meeting to seek an additional $100,000 in government funding to build out park trails and improve park amenities.

The existing playground unit in the park is often inaccessible due to these flooding issues and is also at the end of its life expectancy. The flooding issue is compounded by the fact there are no trails or pathways in the 1.6 hectare park. The park has been identified as a candidate for increased naturalization because of its location in the Big Creek watershed, one of the best bird watching areas in all of North America.

The Warren Mickle Eco-Park concept plan that has been posted on Talk The Burg envisions a boardwalk and stone pathway meandering around the perimeter of the park. The pathway would be dotted with interpretive signage stations and take users through naturalized areas including wildflower and sedge meadows and a forested area. A small portion of the park surrounding a new playground and picnic area would have grass that is maintained and mowed. 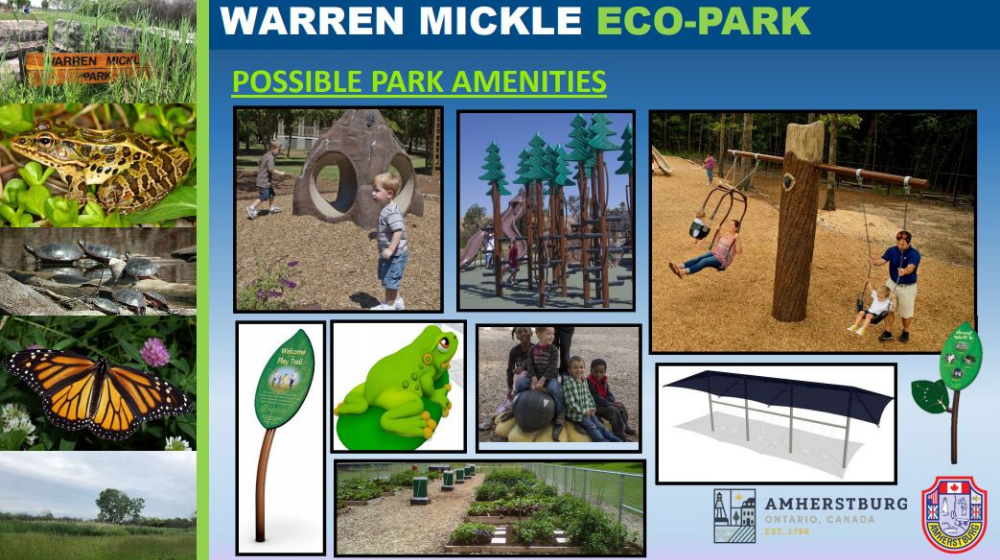 There is much to like in this concept plan and there is also the potential for operational savings through increased naturalization and the reduced maintenance of turf.  But it is only a concept for discussion at this point, which is why it’s so important for area residents to examine the plans and let the Town know what they think.

Residents can view the concept plans on Talk The Burg and they can also fill out an online survey and provide their input before June 20. For a hard copy of the survey, contact Town Hall at 519-736-0012.

Warren Mickle Park is classified as a neighbourhood park in the Town’s Parks Master Plan and is located at 164 McDonald Street in Amherst Pointe, with access off McLeod Avenue. It is named after Warren Mickle, a well-known nature photographer and lifetime resident of Malden Township.