A report going to council Monday night on the Duffy’s property supports an open plaza concept with a performance area, transient marina, fishing pier and angled parking along an expanded Dalhousie Street. 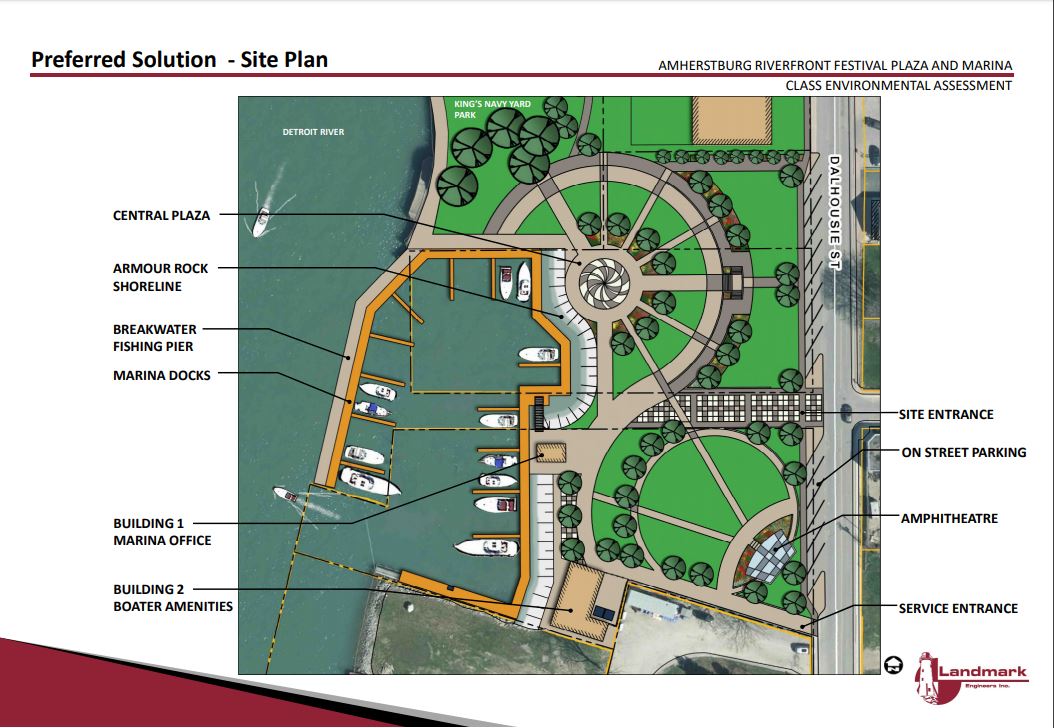 The $7-million to $9-million concept could be built in as many as eight stages to better manage the costs, which were estimated assuming “higher end finishes and materials,” says the report.  It could begin with shoreline improvements and the widening of Dalhousie Street and end with the construction of an amphitheatre.

The town’s Community Based Strategic Plan has identified waterfront investment and the development of a municipal marina in the core as priorities, says the report by Mark Galvin, Director of Planning, Development and Legislative Services.

A proposal to construct a hotel across the street from the Duffy’s property comes to Town Hall next week. The town bought the Duffy's property for $1.7 million in 2016 and the old tavern and inn were demolished in 2017.

The Environmental Assessment was prepared by Landmark Engineers, who first prepared a preliminary development concept in 2016. This was the vision statement that guided their work: “This study intends to achieve a design for a public festival plaza and transient marina that will improve the existing vacant land, enhance the connection to King’s Navy Yard Park and restore the existing dilapidated marina.” 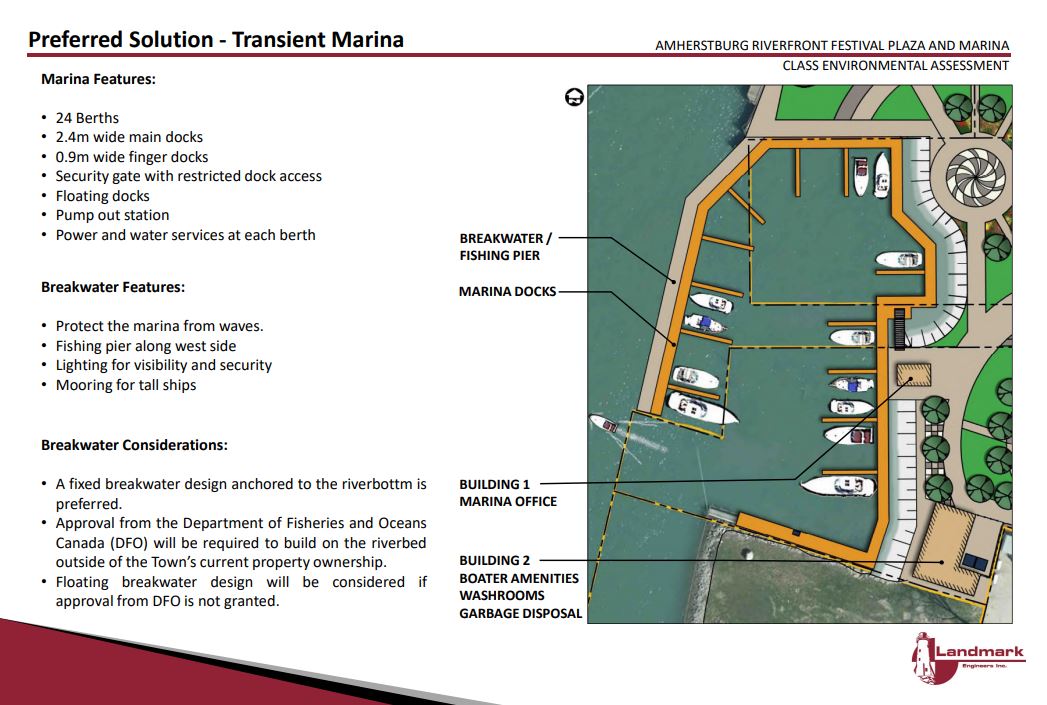 The report acknowledges there was “a large contingent of comments” during public consultation sessions in favour of a boat ramp. Landmark was presented with a 500-signature petition calling for a boat launch and 70 per cent of the comment sheets they received requested the inclusion of a ramp.

The boat ramp concept was “thoroughly explored,” says the report, but ultimately rejected for several reasons, including the existence of three private boat ramps in the municipality.

“Overflow parking associated with the boat ramp would cause significant adverse effects to the downtown area,” says the report. “For a boat ramp to be designed into the site, the majority of the site itself would be taken up for parking to accommodate the tow vehicle/trailer combinations.” 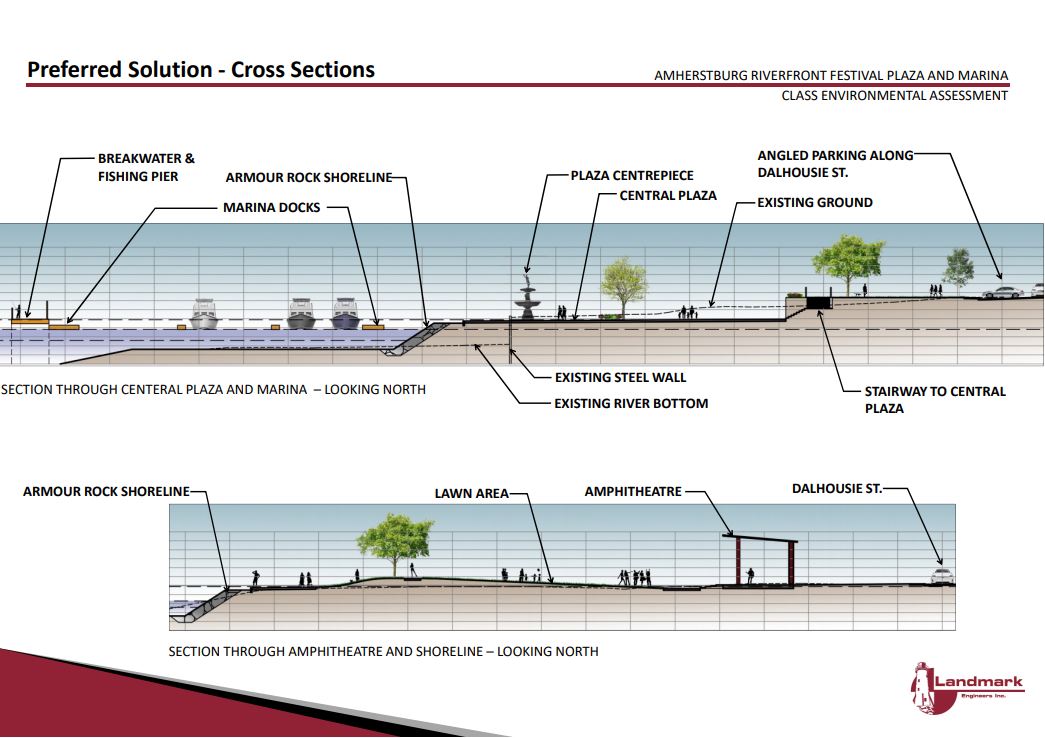 If council endorses the preferred solution outlined in the EA, a Notice of Completion would be sent to all project stakeholders and a 30-day review period will commence. And if council doesn’t?

“The completion of the EA process is one step in moving toward the goal of having a world-class amenity for residents and visitors to enjoy,” says the administrative report. “Not endorsing the EA and allowing the process to come to completion could jeopardize the timing of the proposed development.”

Whatever council decides Monday, the project can’t proceed as envisioned without approval from the federal government. The Department of Fisheries and Oceans would still need to greenlight any marina and breakwater construction on the Detroit River.

The report lists other groups or agencies from which approvals would also be required: Essex Region Conservation Authority; Ontario’s Ministry of Natural Resources and Forestry; Transport Canada and First Nations with claims to the riverbed.

I heard from scores of people on this issue when I was knocking doors, but the more information I have before making my decision the better.

Please email me at [email protected] or phone me at 519-981-4875 if you would like to share your opinion with me before Monday night.

Below are pictures breaking down costs of the project's various phases and potential uses for the plaza and amphitheatre. 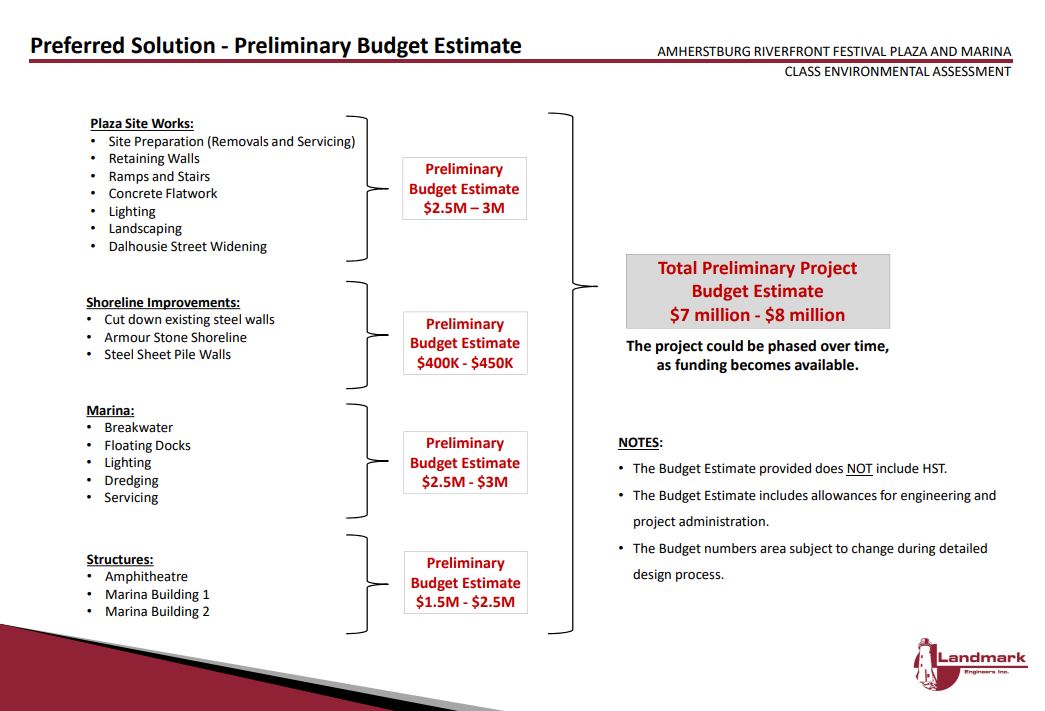 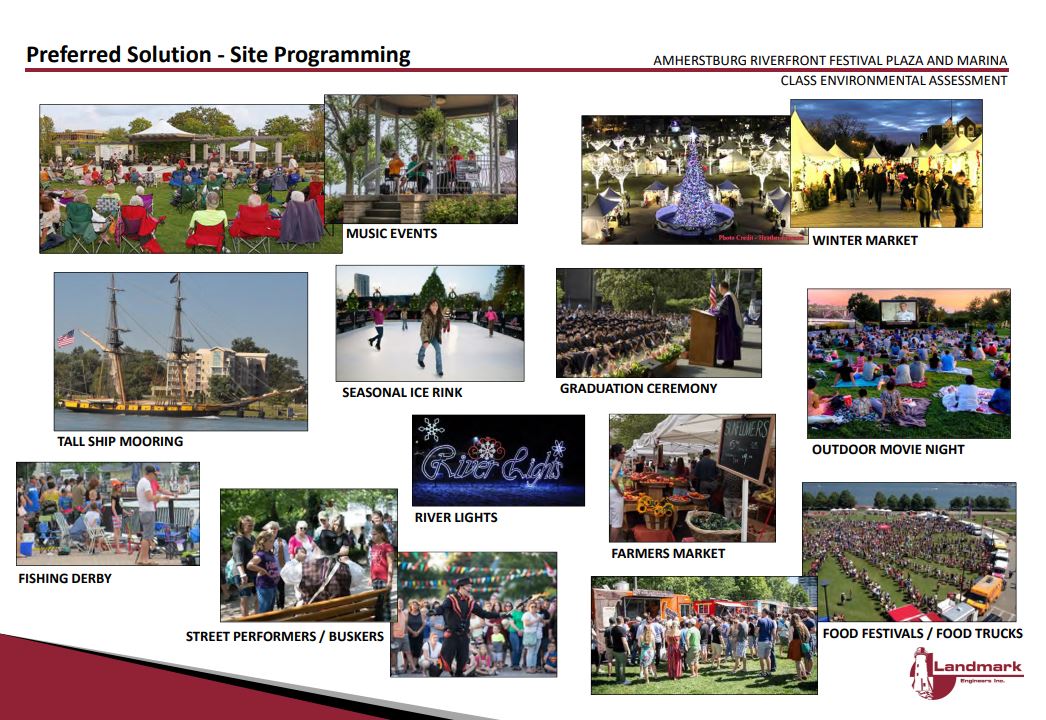