A proposal to develop a large greenhouse operation complete with accommodations for seasonal workers is coming to a Town of Amherstburg planning meeting Monday night.

The proposal, called the Cecelia Acres Greenhouse Development, envisions a greenhouse operation growing vegetables like tomatoes on a 106-acre parcel of land on Concession Road 3, just east of the former General Chemical property and directly north of a solar farm on the east side of the road. The operation would consist of greenhouses, a warehouse, an office and a “residential bunky” for seasonal workers.

While greenhouse operations are big business in Leamington and Kingsville, this would be the first such large-scale operation in Amherstburg. 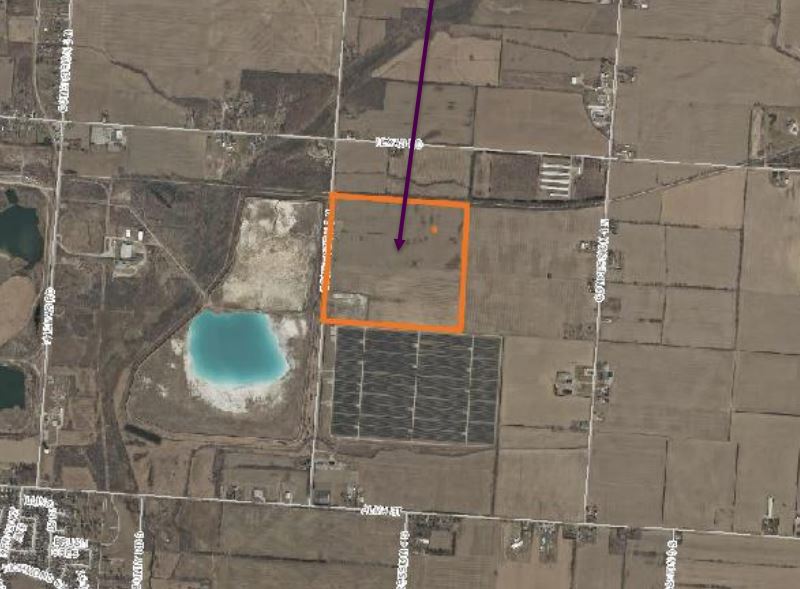 “The greenhouse farm will support employment opportunities,” says a report prepared for the proponent by Lassaline Planning Consultants Inc. “There will be many different positions of employment with the greenhouse farm: construction work; facilities, equipment and service provision, office staff, agricultural staff such as growers etc.”

The subject property is presently designated Heavy Industrial in the Town’s Official Plan and is zoned Heavy Industrial. The proponents are requesting a site-specific Zoning By-Law amendment that would zone the bulk of the lands as Agriculture and the northern portion, next to the Amherstburg-Essex Greenway, as an Environmental-Protected Zone. The EP Zone would create a buffer between the greenhouse operation and the active transportation corridor.

“The proposed zoning amendment provides an opportunity for greenhouse development in an area with municipal services,” says a report by Frank Garardo, the Town’s Manager of Planning Services. “The future development of the area will add additional assessment to the Town’s property tax base as well as additional usage to the water and wastewater systems.”

Greenhouse operations have been criticized in some quarters for light and noise pollution, but the proponents say those concerns are non-issues when it comes to this proposal. The Lassaline report says modern greenhouses “are quiet with ventilation on the roof” and that “grow lights are not intended for the greenhouse range.”

Monday’s public meeting is the first step in the process. Anyone who wishes to speak on the application can address Council. Those comments will be collected and relayed to Council in a subsequent report.