The town’s By-law Enforcement Department has been flying with one wing for some time so my fellow councillors and I voted to hire a second-full time enforcement officer.

The new full-time position will replace a part-time position, which has been vacant and tough for the Town to fill. The full-time post will provide 7-day coverage with union support and increase annual hours of service by 702 hours or 36 per cent, better equipping the department to oversee more than 20 bylaws dealing with everything from dirty yards to dogs to discharging firearms.

“Administration and Council regularly receive complaints and inquiries from residents questioning the Town’s ability to enforce its own By-laws, which has a direct impact on the credibility of both staff and Council,” said CAO John Miceli in a report to council. 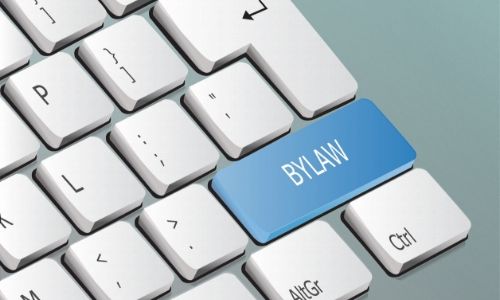 “This new position will allow the Town to expand levels of service, increase flexibility and potentially allow for opportunities for additional revenue to be realized.”

The cost in 2019 is estimated at under $3,000, in part because the part-time position for which Council budgeted has gone unfilled. Going forward in the 2020 budget, the move from 1.5 to 2 enforcement officers would cost the Town an additional $44,303.

One of two 2015 Ford Taurus vehicles realized from the Police switch will be earmarked for the new position and the Town can eventually secure a replacement vehicle through its fleet replacement program.

The Town’s By-law officers can only be scheduled to work from 7 a.m. to 5:30 p.m. from Mondays to Saturdays under the current collective bargaining agreement with the International Brotherhood of Electrical Workers.

Administration won’t proceed with recruitment for the new post unless the union agrees to the flexibility of a 7-day operation. Should they get union buy-in, the town hopes an additional full-time enforcement officer will be on the street come July.

Miceli’s report points out residents “have taken to social media to express their displeasure of the level of service as it relates to issues such as property standards and parking enforcement” and that credibility was contingent on the ability to address complaints and enforce standards.

“By-laws enacted by municipalities reflect community values and standards,” said Miceli in his report. “When a By-law is enacted by Council there is an expectation from the residents and Council that Town Enforcement staff will interpret, apply and enforce the approved Council By-laws fairly and reasonably.”