When it comes to public transit, Amherstburg residents are going to get what they pay for.

The Transit Windsor proposal that is now the subject of public consultation will operate on a cost-recovery basis. Transit Windsor isn’t out to make a profit. It’s looking to break even while boosting its regional transit credentials, so it can secure more and larger government grants and achieve greater economies of scale.

What would Amherstburg get out of the deal? Access to an established transit service that could round-trip residents to Windsor for work or for school or for medical appointments. The potential for government grants. And a bus to bring city residents to Amherstburg, where they can enjoy everything our Town has to offer and spend money in our eateries and shops. 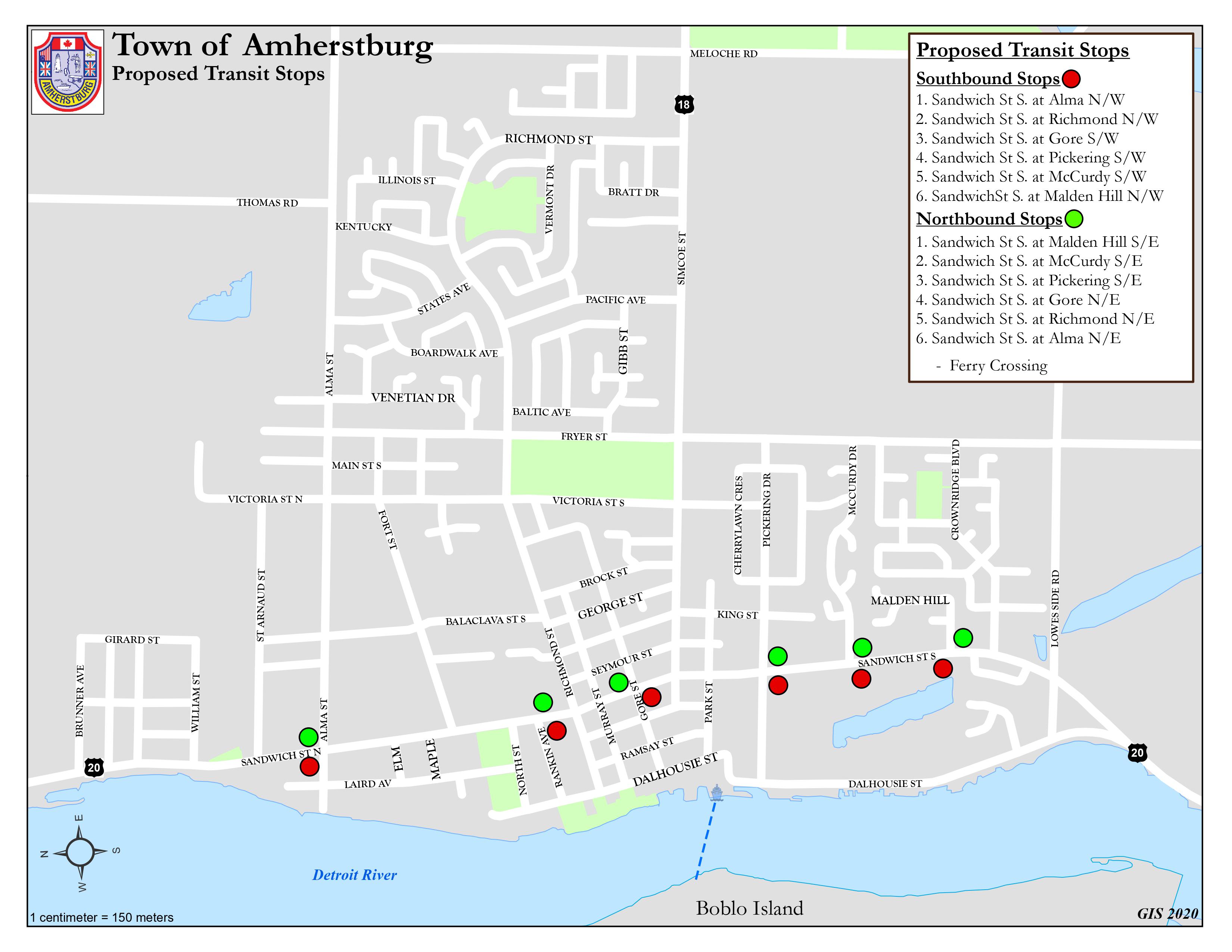 The potential is also there for regular in-town service though that isn’t part of the opening proposal from Transit Windsor and would no doubt come with increased costs. Cost, of course, is a crucial consideration. We earmarked $75,000 for a Transportation Feasibility Study in our most recent budget, but we’re only 22,000 people and we are hardly flush with cash.

We could have 24-7 transit service and a route that wound through every neighbourhood if we were willing and had the money to pay for it, so it’s essential we identify our needs and our wants and our appetite for cost. Public transit doesn’t come cheap. 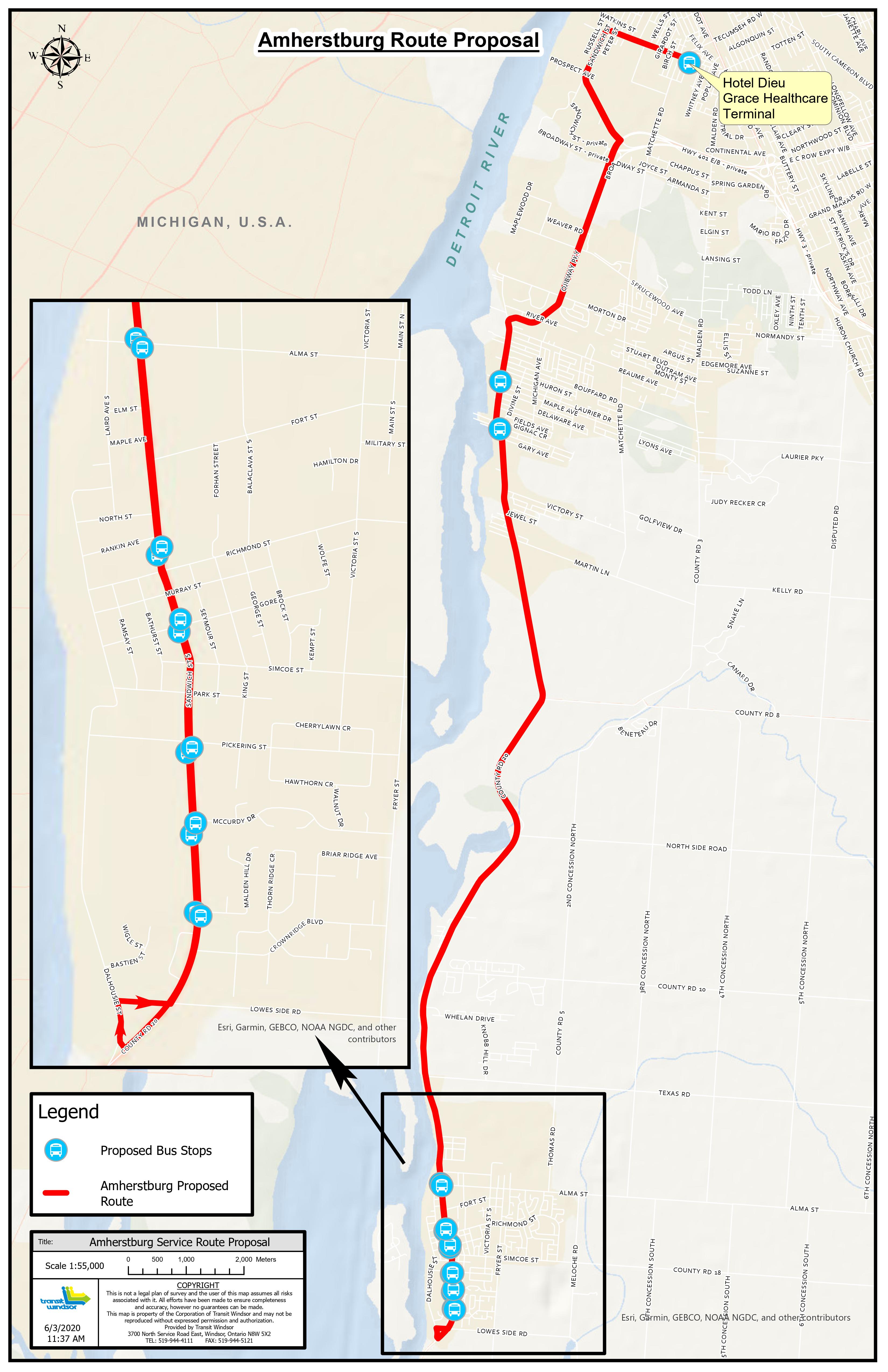 With fuel and a driver, you’re in the neighbourhood of $70 per hour plus the use of a bus, which would have to be acquired or leased for the duration of an 18-to-24-month pilot project. Those costs would be borne by all taxpayers, not just bus riders, though they would be offset with fare revenue and the potential for government grants.

It’s vital that Amherstburg residents fill out an online survey on Talk The Burg and let councillors know what kind of transit service they would like to see so we can best set the parameters and budget for the pilot project or reject it altogether.

There is also a public information and input session set for September 17 at the Libro Centre.

We want to know whether, why and how often you would take a bus to Windsor. We also want to know your thoughts on the number and location of stops in Amherstburg and whether you would like to see Sunday service.

The proposal as it stands now calls for three round trips from Amherstburg to Windsor per day from Monday to Friday, with two round trips per day on Saturdays.

There are a dozen stops, all of them on Sandwich and all of them clustered in the core, with the northern stop at Alma and the southern terminus at Malden Hill.

The bus would stop twice in LaSalle en route to Hotel-Dieu Grace Healthcare in Windsor’s west-side, with connections to all of Windsor. A connection with LaSalle Transit off Front Road providing access to St. Clair College could also be explored.

This is a great starting point but there definitely needs to be more stops in the north end of Town, catering to residents living from Texas Road to Pointe West to River Canard.

A friend on Twitter reimagined the route quickly the other day and had the bus stopping at the Libro before winding its way down Richmond and back down to Sandwich via Fryer and McCurdy. 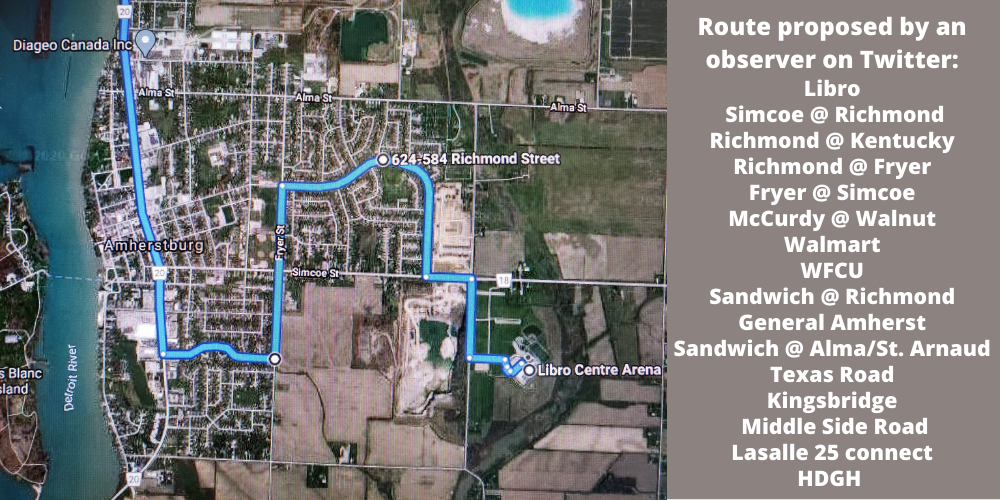 There are all kinds of combinations and varying service levels and it’s a great community discussion to have.

What route would you have the bus take? Would you make use of a local route that just looped around Amherstburg? What stops are important to you? Let me know! Take the survey!

You’re the public in public transit so please help us build a system that works for you and all of Amherstburg!