Peals of laughter rang through King’s Navy Yard Park Saturday evening as youngsters hid brightly decorated rocks as part of an annual celebration of the life of baby boy who passed away far too young. 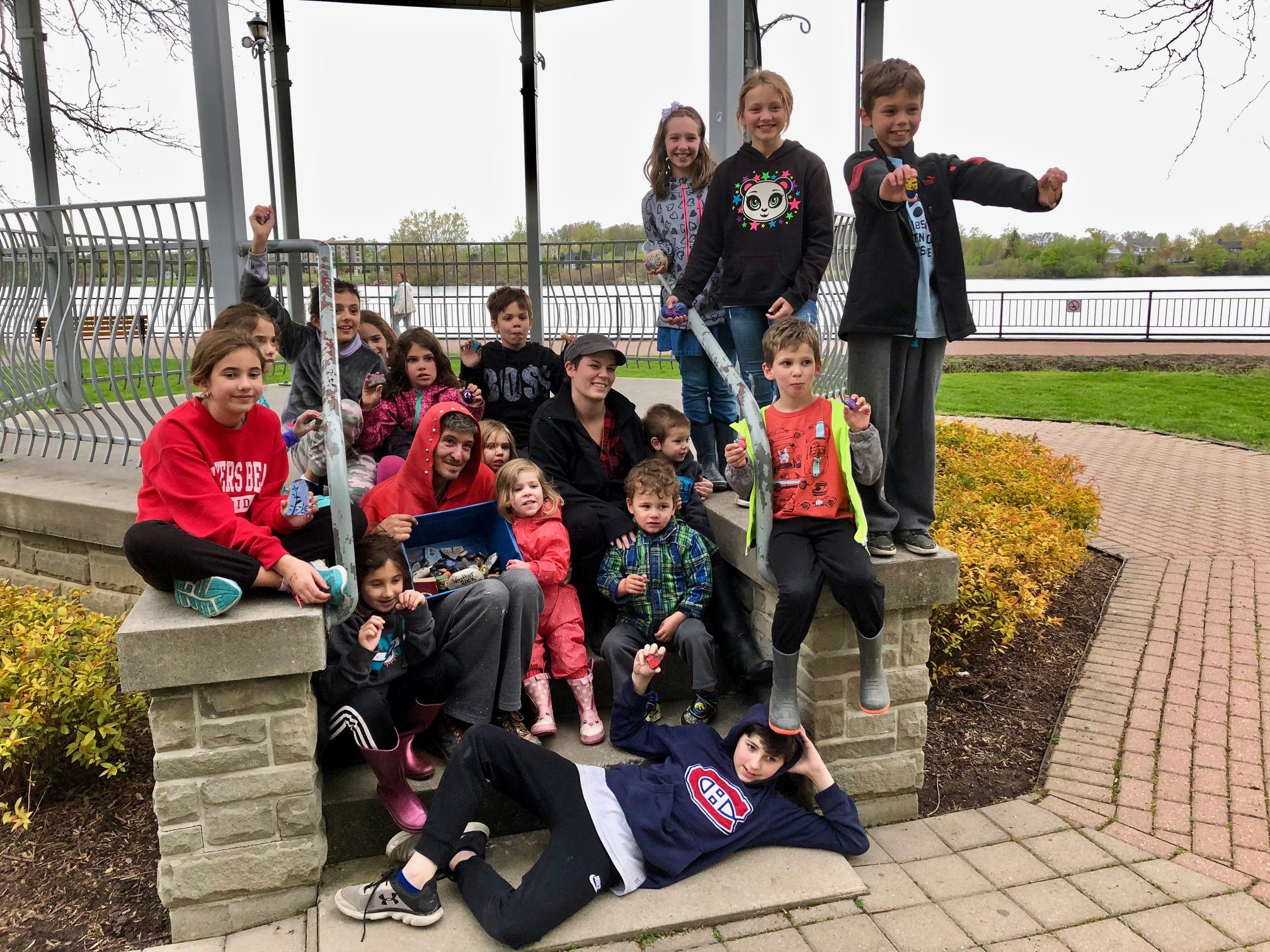 The event was organized by Alicia and Chad Jimmerfield on what would have been the 11th birthday of their first-born son Xander. They’ve hosted public gatherings for several years and this is the second consecutive year they’ve hosted one in support of Amherstburg’s popular #AburgRocks program.

“Xander taught us lessons that many people, luckily, never learn in their lifetime,” said Alicia in a Facebook post. “He taught us more about love, life and loss in his 11 days of life than he would ever know.”

Alicia spent several months decorating more than 120 rocks and distributed them Saturday night to her four other children, members of her extended family and my daughter Violet, who is friends with her niece. It was so much fun watching them run around the park and it was a hoot walking in their wake to see the stash spots the clever kids came up with. 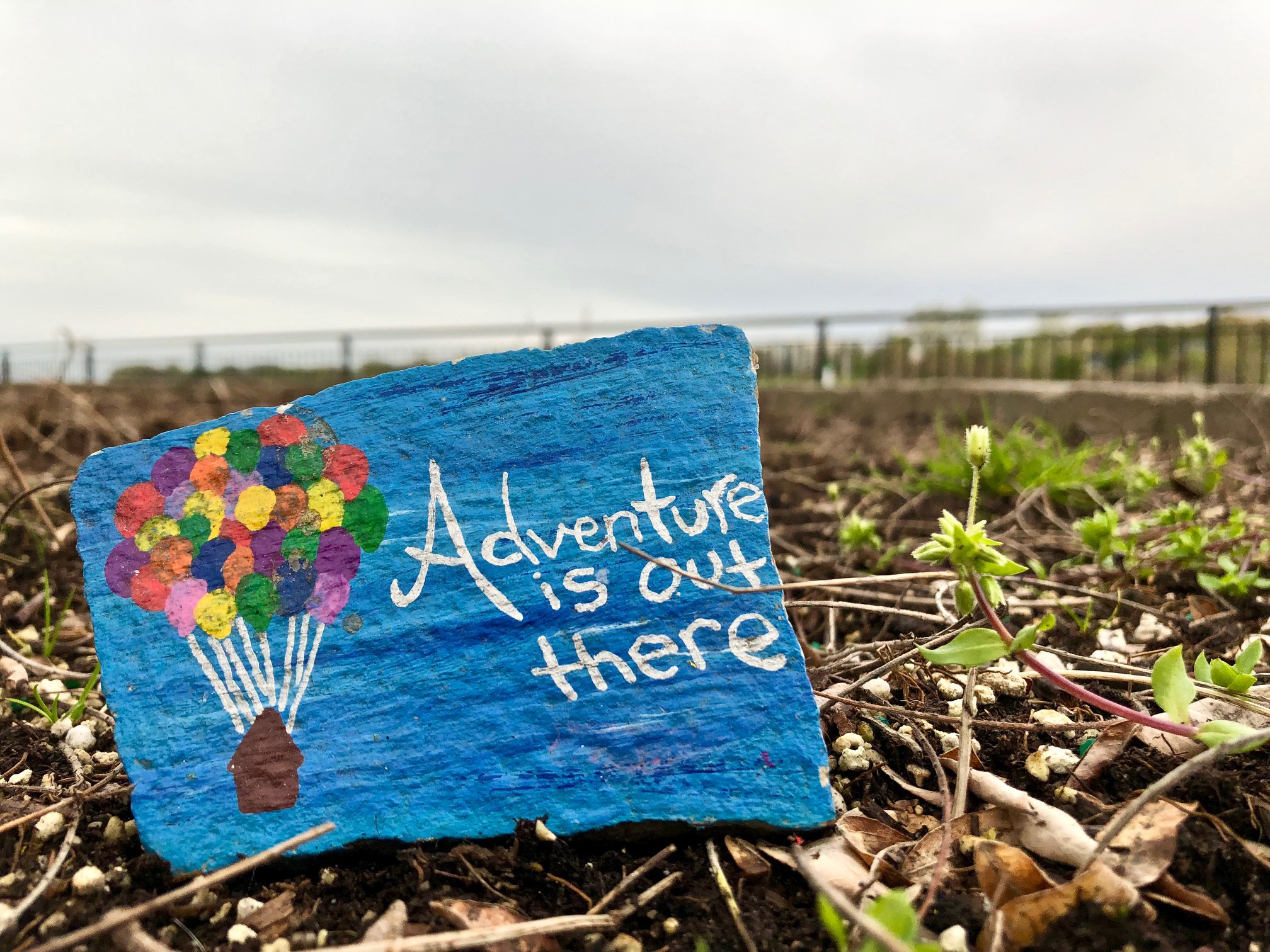 Alicia said the event was a way to transform a sad memory into something positive and a way to spread joy and happiness to others. It worked. The kids had a blast hiding the rocks and log-rolling down the gentle slopes of Navy Yard Park. And so many others will experience joy when they find the rocks or are inspired to decorate and distribute rocks of their own.

Alicia, who owns the Squishie Hippie in downtown Amherstburg, hopes the event can be even bigger and better than last year. There’s a good chance it will be. Ron Giofu of the River Town Times turned out to cover the event late on a Saturday evening so there should be a story in the RTT. Great stuff, Ron!

The event also raised money for Erie Shores Hospice that will be donated in memory of Alicia’s mother, Joanne Johns. 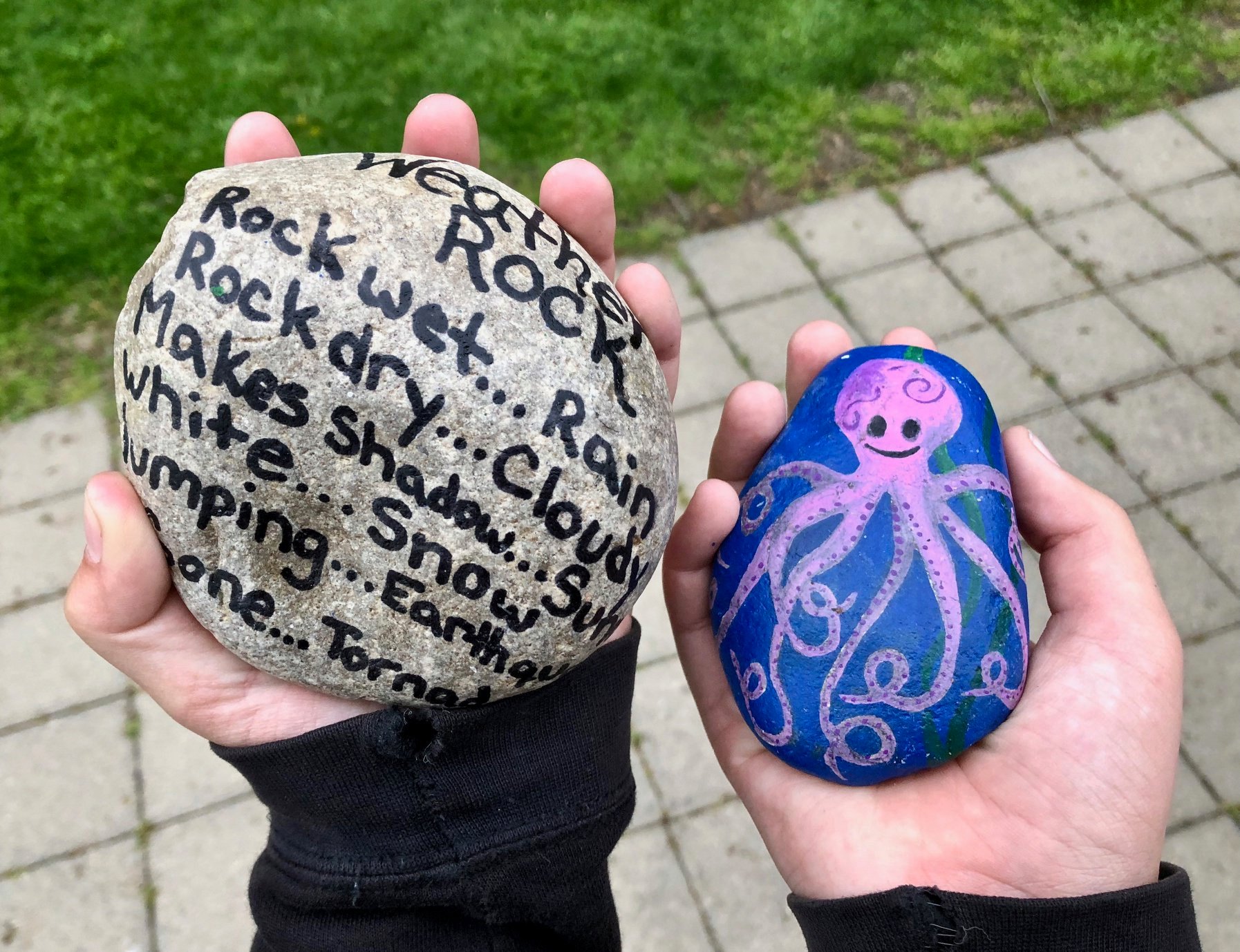 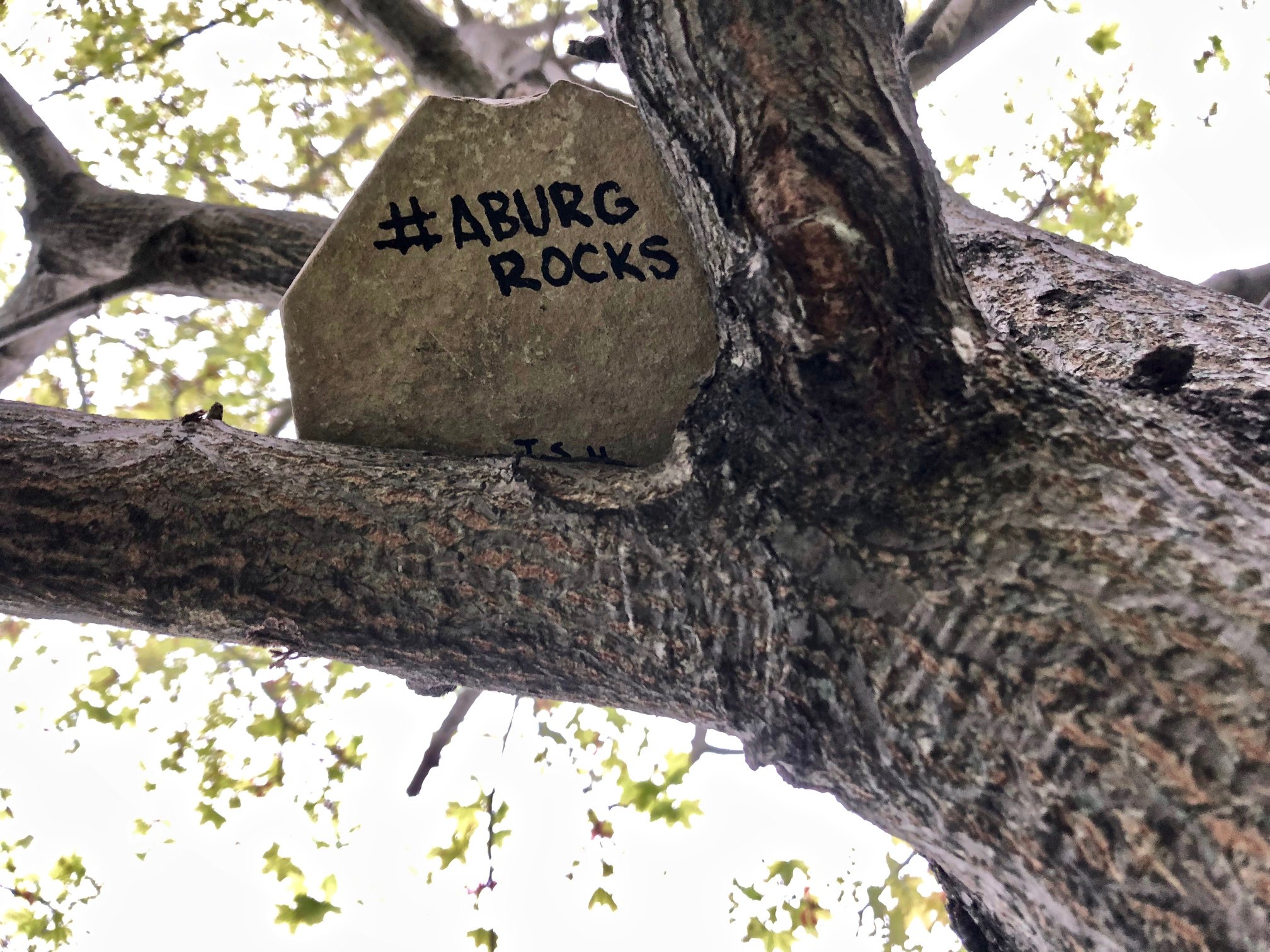 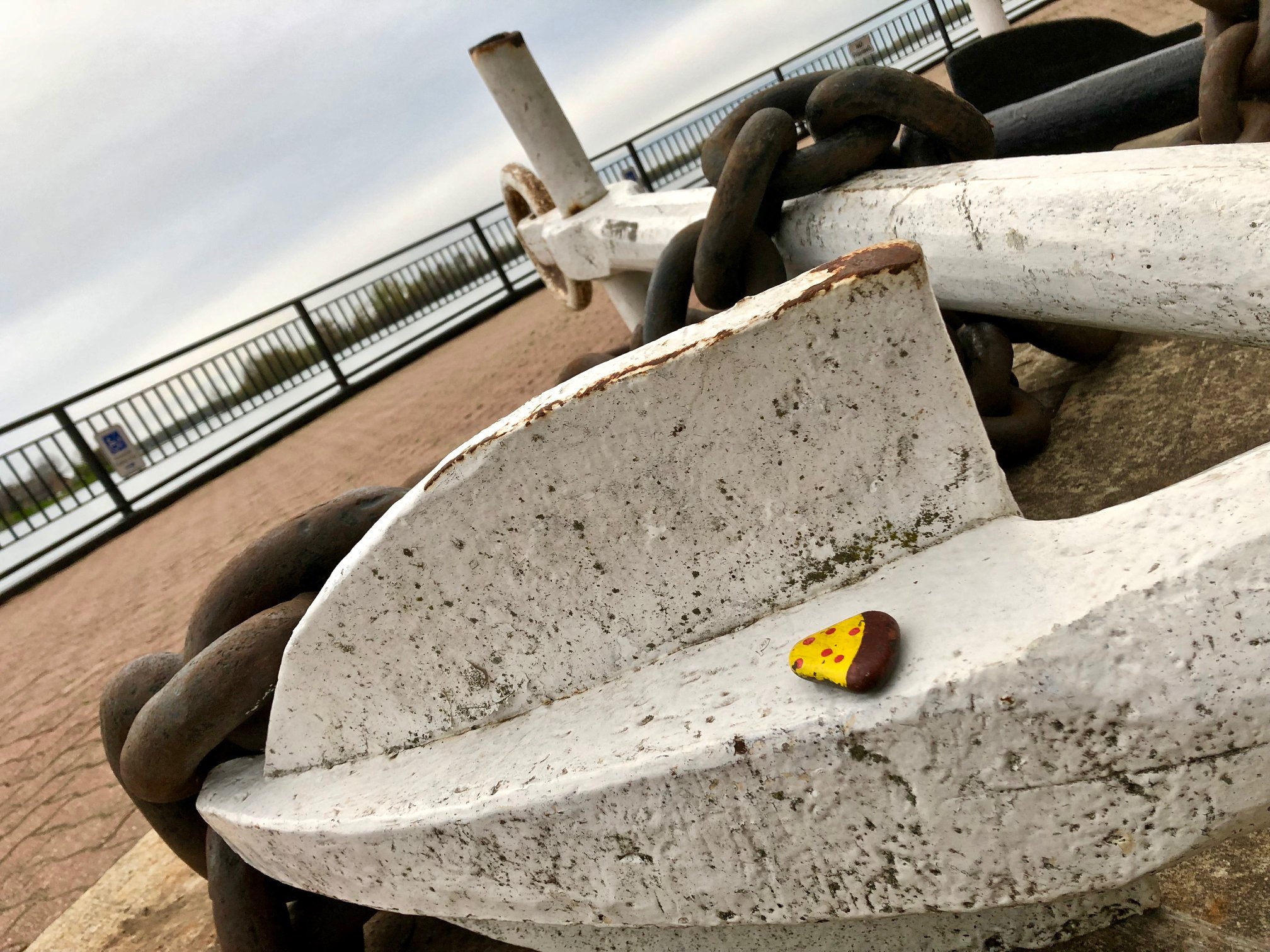 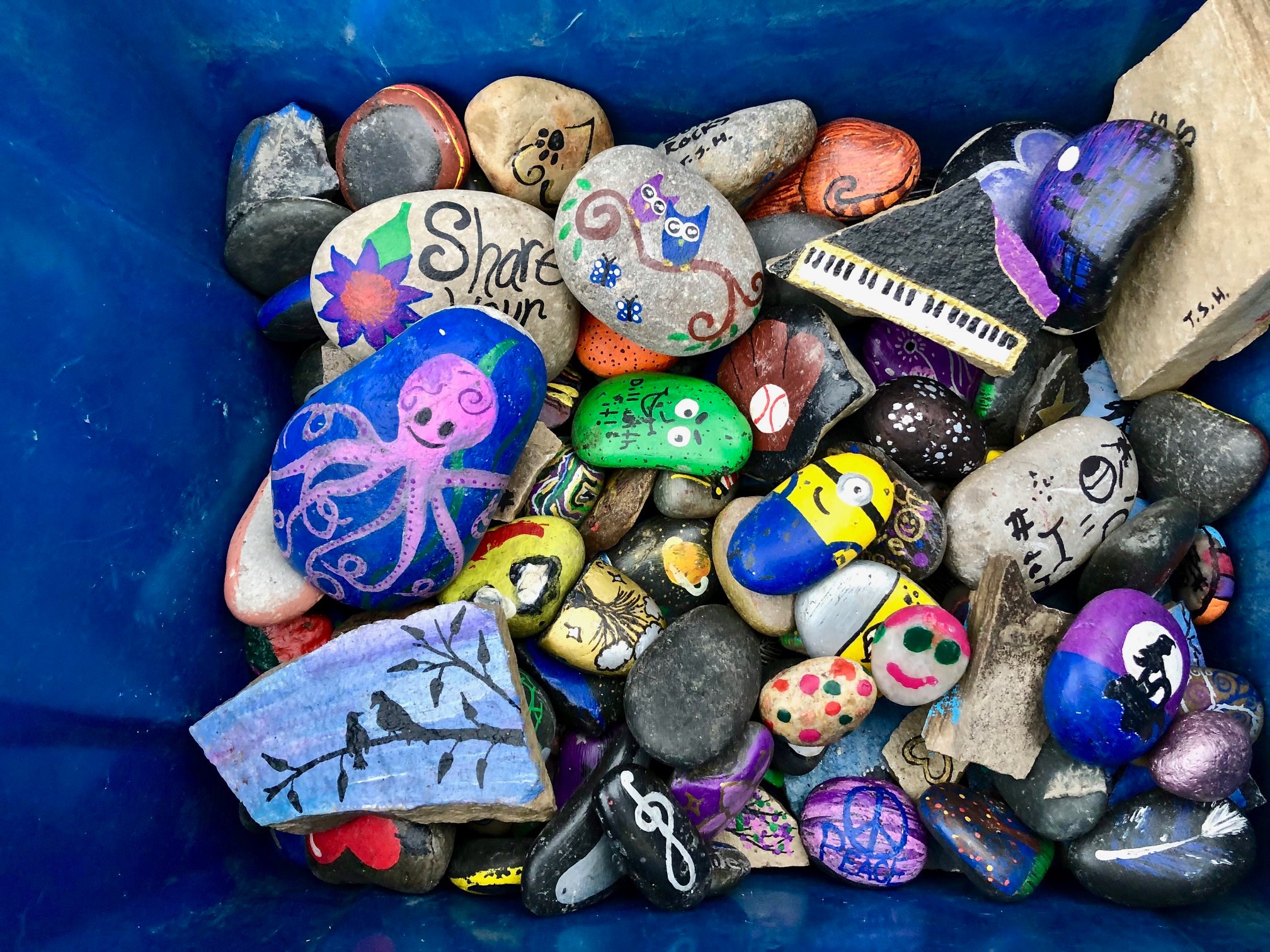