The money started rolling in while they were still giving speeches during the launch at the Libro Centre Wednesday of a revitalized Amherstburg Community Foundation.

ACF Director Linden Crain, one of nine members on a newly constituted board headed by Richard Peddie, kept erasing and 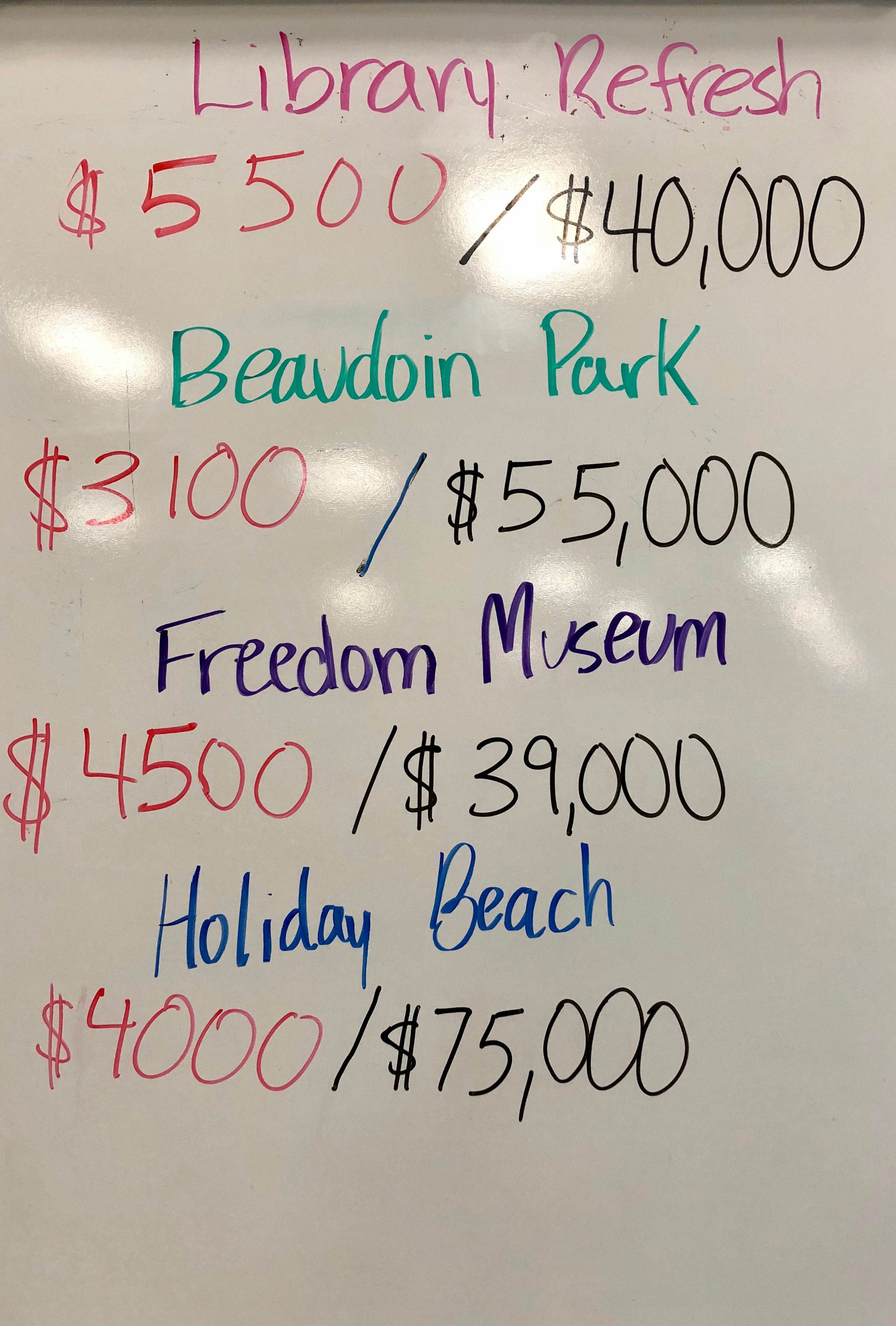 updating donation figures with a red marker on a whiteboard, like a scorer at a golf tournament, while a crowd of about 100 heard about four community fundraising projects.

“We’re going to raise significant funds to invest in this community,” said Peddie, the foundation’s president. “We’re going to make this the best small town in Ontario.”

Funds will be raised for projects in rural and urban areas from the far North to the far South of Town that were chosen because they were healthy, inclusive and inspiring.

The projects and fundraising targets are:

Board members have collectively committed $150,000 over three years and are additionally looking to raise more than $200,000 from the community. They got a good start Wednesday, judging by Crain’s frequent trips to the whiteboard, and plan on courting donors, big and small.

“We all have an opportunity to be part of this foundation,” said Chris Gibb, ACF Vice-President. “A five-dollar bill, a ten-dollar bill, it all goes into the pot to make these projects come alive. We’ll take whatever you’ve got.” 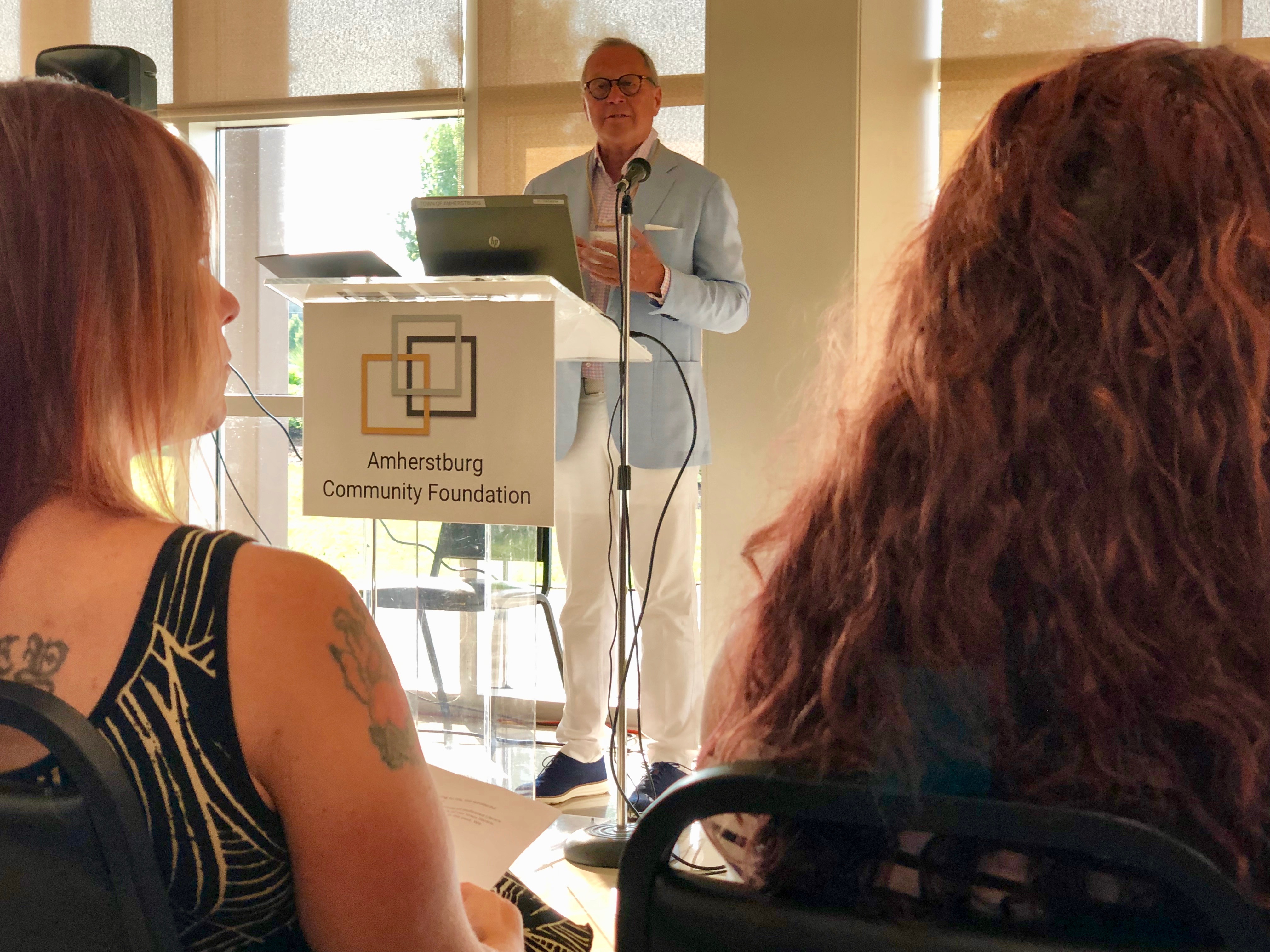 Peddie said the new foundation will be a lean operation, run by volunteers, to help maximize charitable dollars, which will be earmarked exclusively for projects in Amherstburg. He said the board will be “optimistic and positive,” always looking at best practices in other progressive municipalities.

“We believe in going forward,” said Peddie. “We do not believe in the status quo.”

ACF Director Jen Desjardins-Grondin said the funds raised from the community will “leverage and enhance existing gems,” like adding computers, murals and comfortable seating to the existing library, which is 106 years-old. Peddie calls this adding “topspin,” momentum that makes good initiatives great ones.

Below are details from the Amherstburg Community Foundation website about the four projects. You can donate here and you will receive a tax receipt.