Congratulations to River Bookshop in Amherstburg for receiving a 2021 Heritage Award Nomination from the Architectural Conservancy of Ontario! 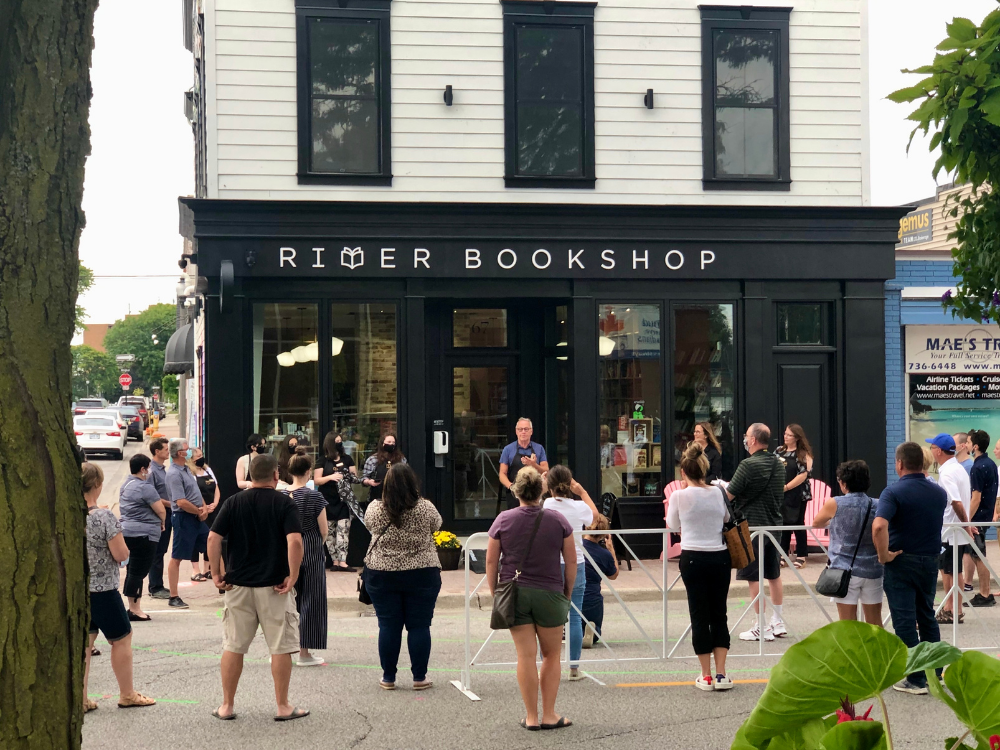 The book shop at the intersection of Richmond and Ramsay Streets, which features behind bookshelves a hidden staircase to a second-floor event space known as the Hole in the Wall, is nominated for the Peter Stokes Restoration Award: Small Scale/Individual/Small Business for the “inspiring restoration” of a property built in 1885 by C.M.S. Thomas to house a pharmacy.

Led by the architecture firm Lebel & Bouliane, “the restoration aimed to honour the building’s heritage, placing windows where they had previously been covered and striving for a Victorian-inspired interior,” says a write up on the ACO website. “A large-scale mural on the East side of the building honours the inspiration and spirit that the store has brought to the town as well as the revitalization of a downtown that has been largely left to its own devices.” 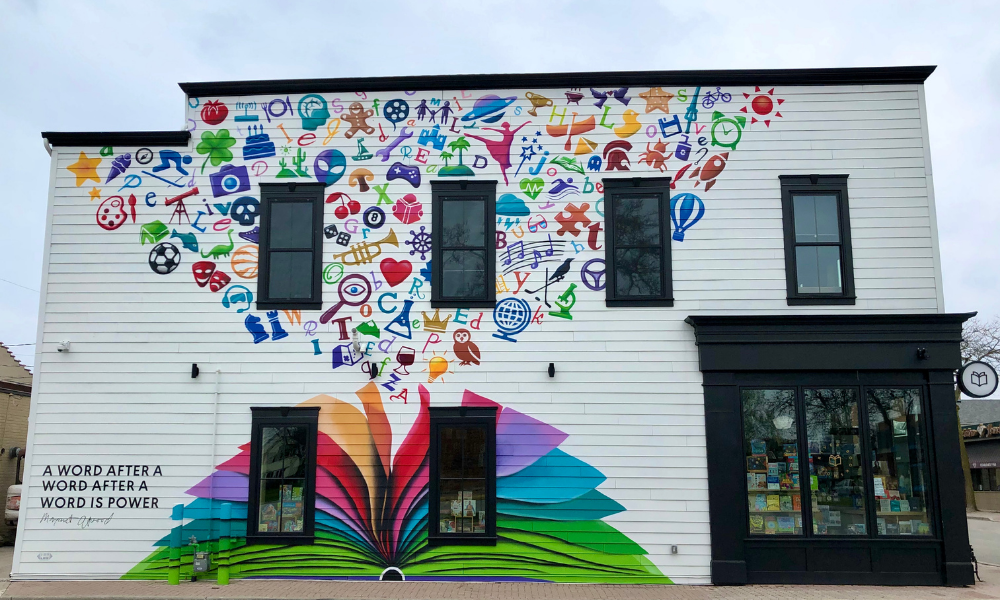 The Town’s Heritage Advisory Committee has unanimously voted to recognize and protect the signature building with a Heritage Designation.

Learn more about the restoration of 67 Richmond and the value and importance of heritage buildings in this blog post by Bookshop owners Richard and Colleen Peddie. 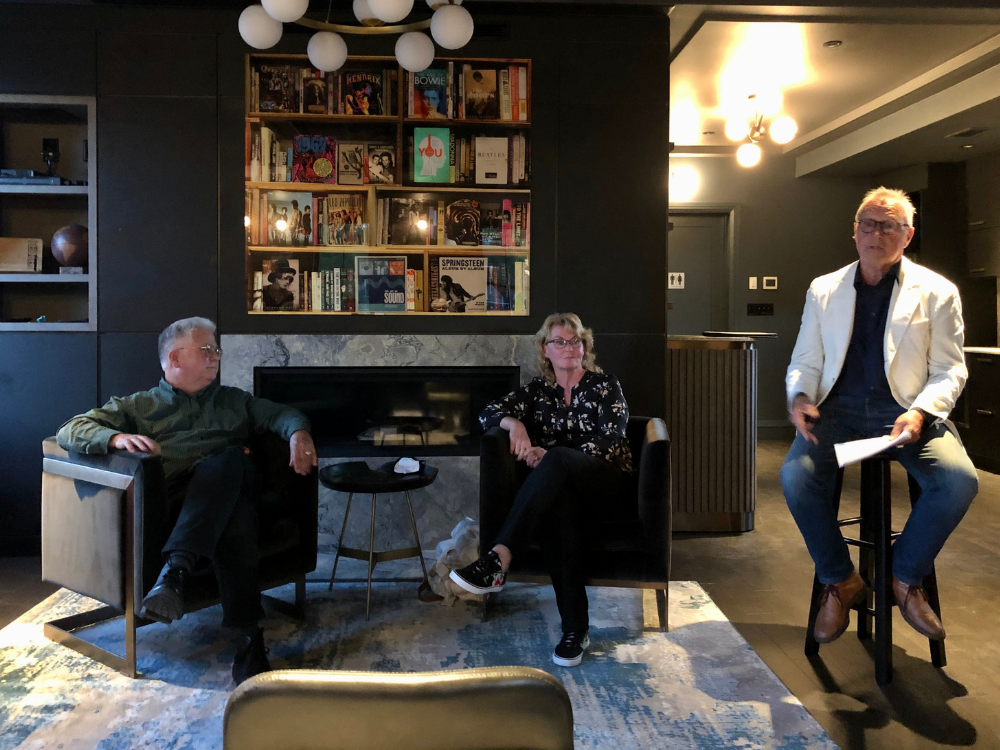 The Peddies envision River Bookshop as a Third Place, an inviting, welcoming space for people to gather, learn, converse and exchange ideas.

They have persisted with the vision despite the pandemic by pivoting to Zoom and are again booking guest speakers for the Hole in the Wall on a wide variety of topics. Check the website for coming events!

Construction has started just west of the bookshop at 63 Richmond on two retail shops, one of which will be a candy store known as Evelyn’s!

Kids who dropped by during this summer’s wildly popular Play Amhersburg events have already been treated to Cotton Candy samples of the treats to come!

The architects working on that ambitious project have developed a plan that “not only displays reverence for, and reflects the town’s rich architectural heritage, but also promotes further mindful community development so that Amherstburg may perpetuate its status as an iconic example of a thriving Southwestern Ontarian waterfront locale.” 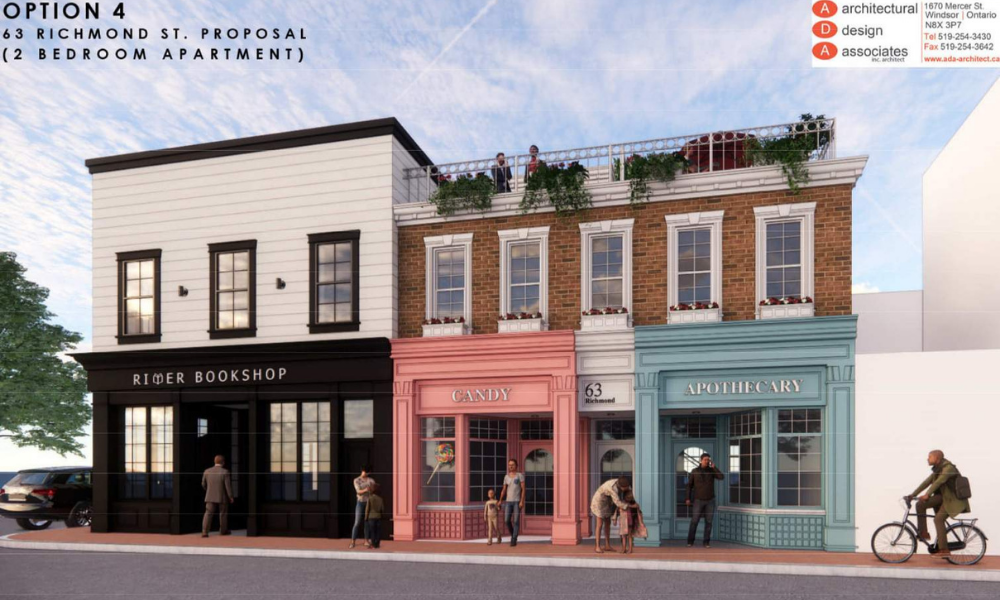 There is a growing collection of murals created by the artist Derkz at that up and coming corner, which recently celebrated the opening of The Panetteria bakery.

In addition to the mural on the east side of River Bookshop, Derkz recently completed colourful ones on the south walls of the bakery and the bookshop and is continuing to work on the exterior walls of the retail shops at 63 Richmond.

These are fantastic additions to an already vibrant core and the candy shop is expected to be open by Christmas, just in time to purchase some stocking stuffers! 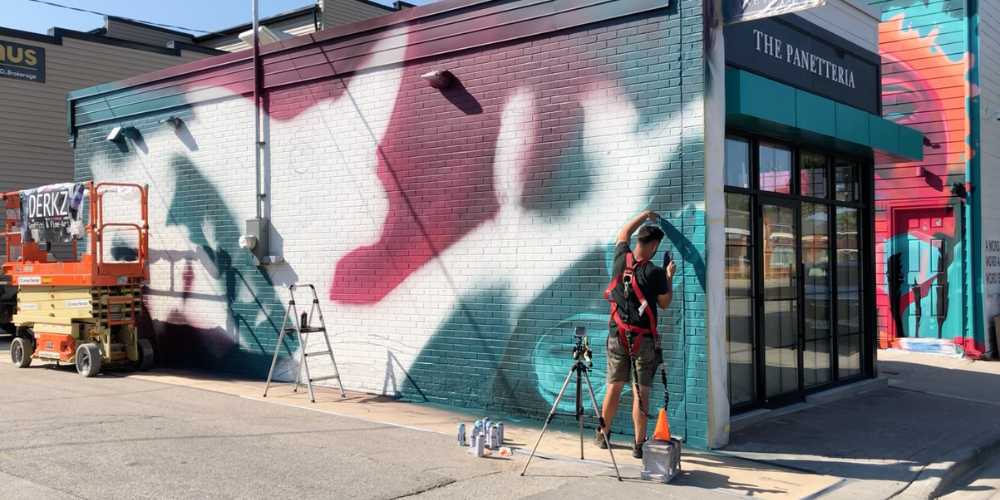