Hey, River Canard! The Beaudoin Park makeover you’ve been eagerly anticipating is about to kick into high gear!

The installation by a local designer of new, accessible playground equipment should begin in September as part of an exciting overhaul that may yet get bigger and better. 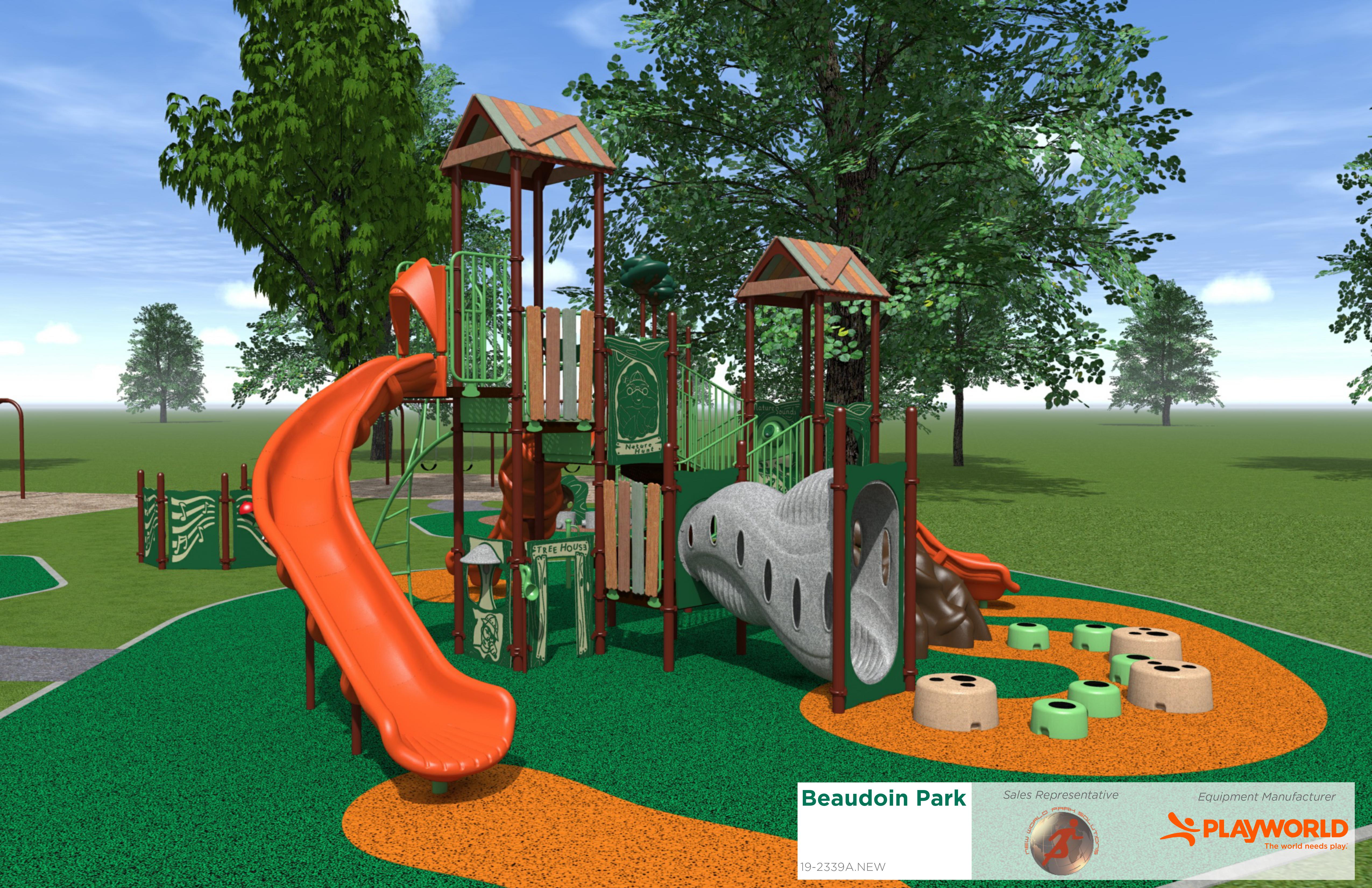 My council colleagues and I approved a $152,071 (including HST) contract for the project at our last meeting. The contract secures the play equipment we wanted, all connected by AODA-compliant walkways with perimeter curbing, while coming in about $18,000 shy of the approved budget, providing the opportunity to undertake some additional improvements.

We awarded the contract to Playworld and its local representative Mark Jones, a park-building dynamo who has designed more than a dozen accessible playgrounds across the region, including the one at the John McGivney Children’s Centre and Farrow Riverside Miracle Park. He’s most recently been working on a new playground for Belle River Optimist Park in Lakeshore.

The equipment will be bright orange with green trim and a nature theme, with fun-sounding names like Log Hops, a Wildwood Climber, a Vine Climber, a Slither Slide, a Twisted Climber, a Cozy Cocoon, a Nature Hunt and a Nature Sounds panel.  The 1.4 hectare park will also play host to a new a 3-hole disc golf course. The existing swing sets will remain as will the shade structure and large turf areas for unstructured play. 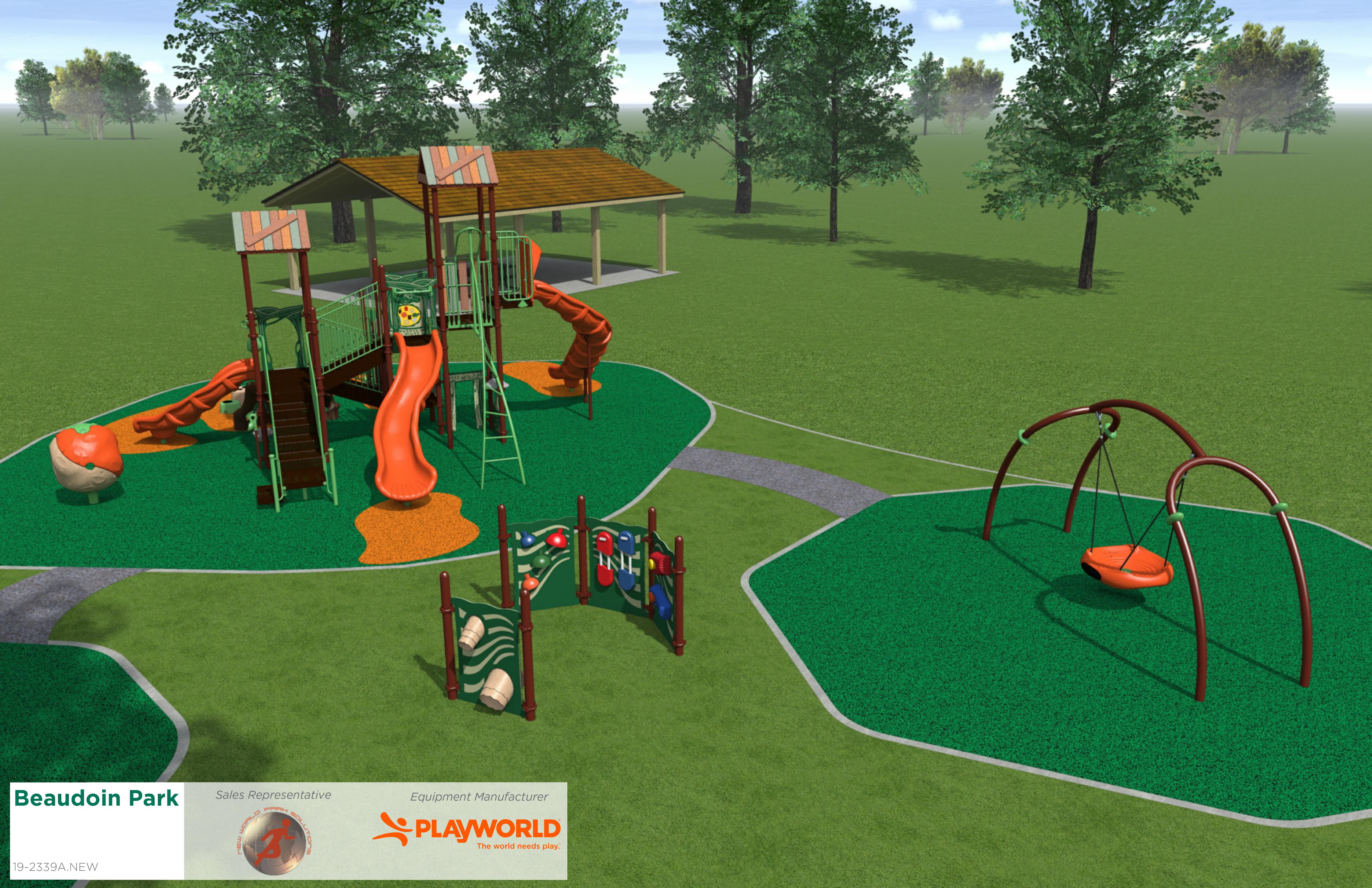 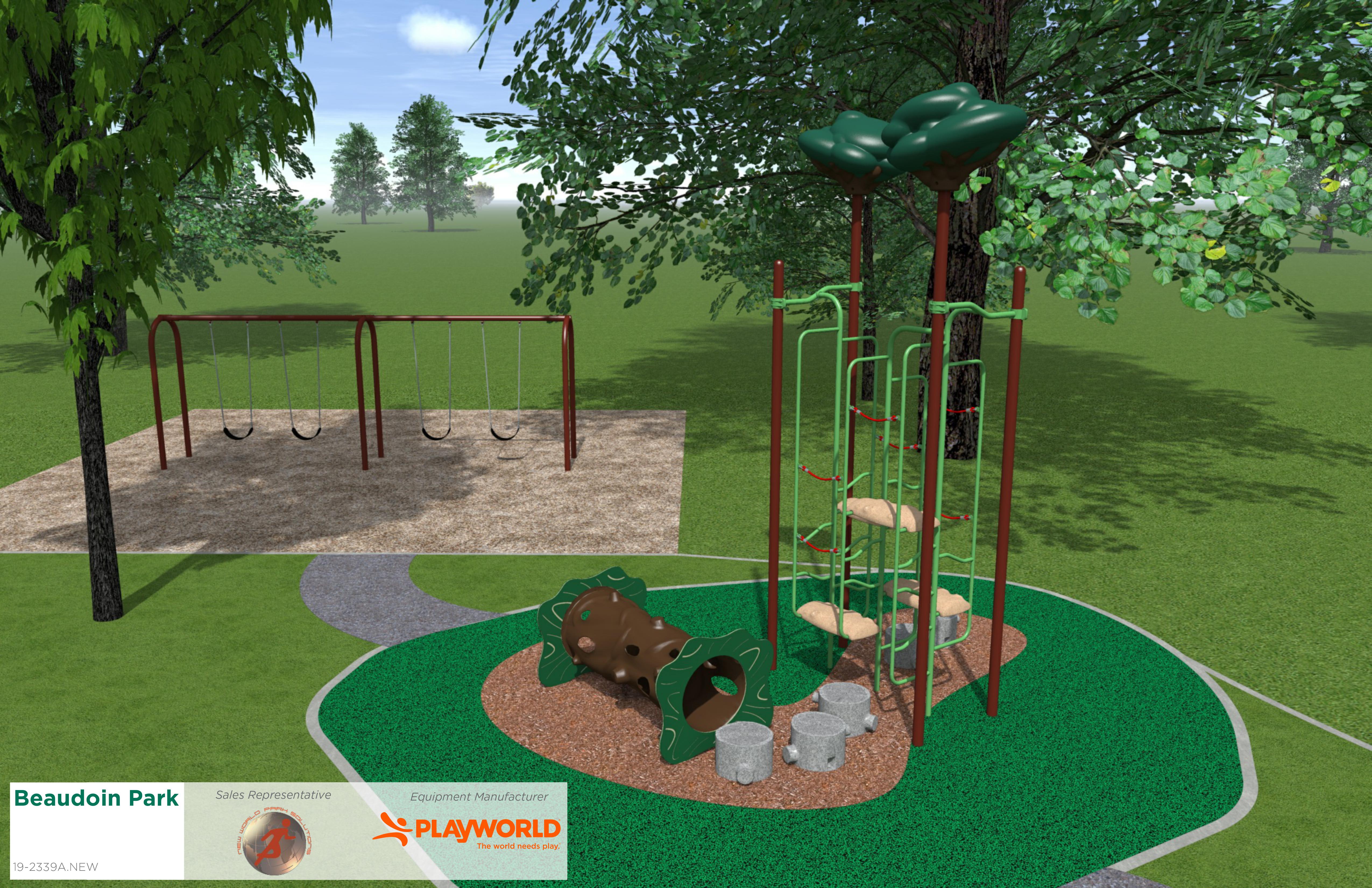 Over and above these upgrades, the park may yet benefit from a community fundraising campaign. The revamped Amherstburg Community Foundation has identified Beaudoin Park as one of its four fundraising targets, setting a goal of $55,000. Should that funding come through, the Parks Department is keen to build a Dinosaur-themed play area where kids can play Paleontologist and dig for fossils.

I’m very excited to see this project take shape and I’m excited for the future of Amherstburg’s parks system after taking a tour of several parks Monday night with other representatives on the Town’s Parks and Recreation Advisory Committee.

The passion and knowledge that Phil Roberts and Annette Zahaluk have for our parks and active spaces is impressive and inspiring. They have some great ideas about naturalizing some parks, including Warren Mickle Park, and making better use of some larger, under-utilized parks. How about a dog park at Ranta Marina Park?

Check out the Parks Master Plan for more information! 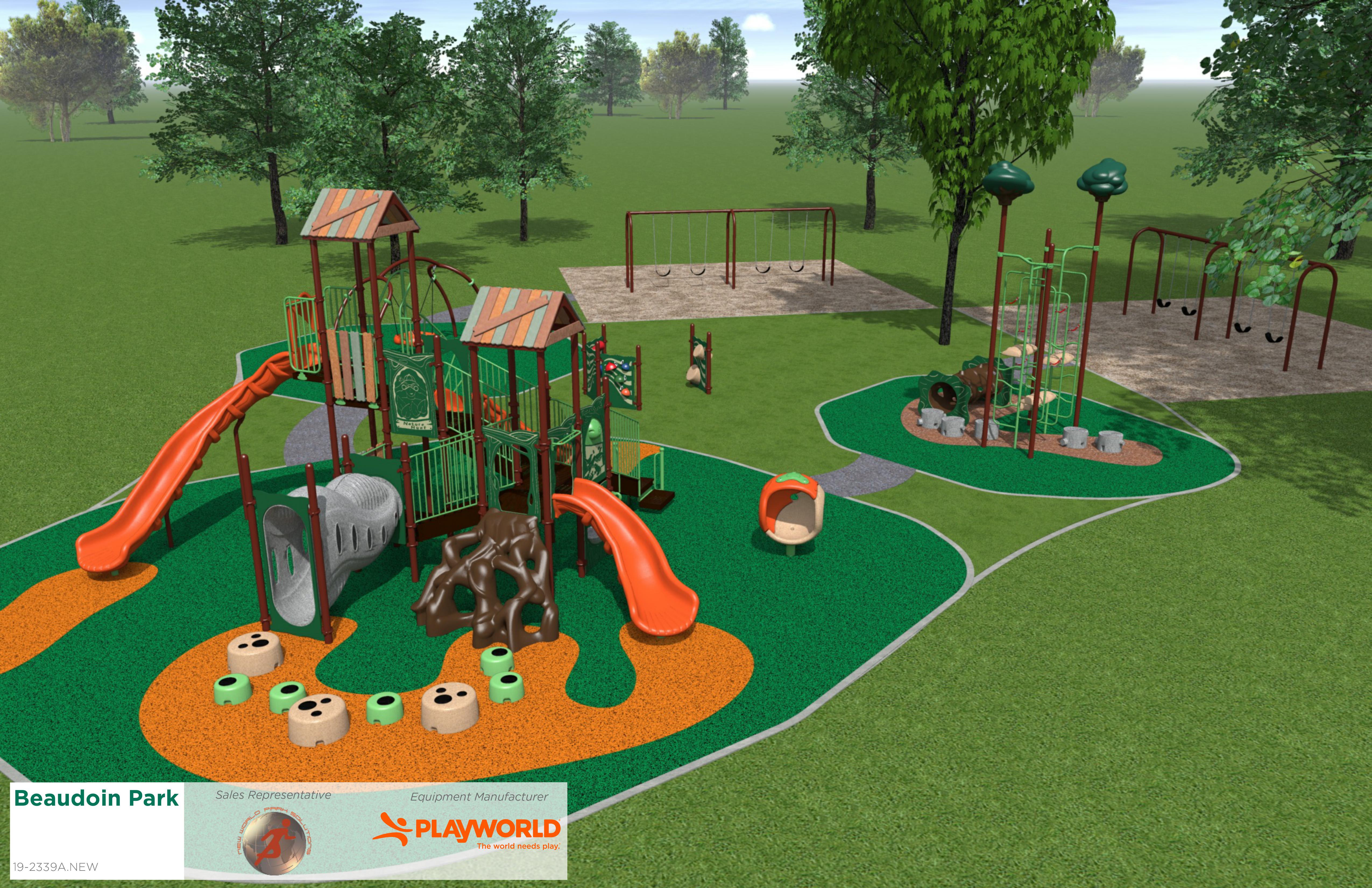 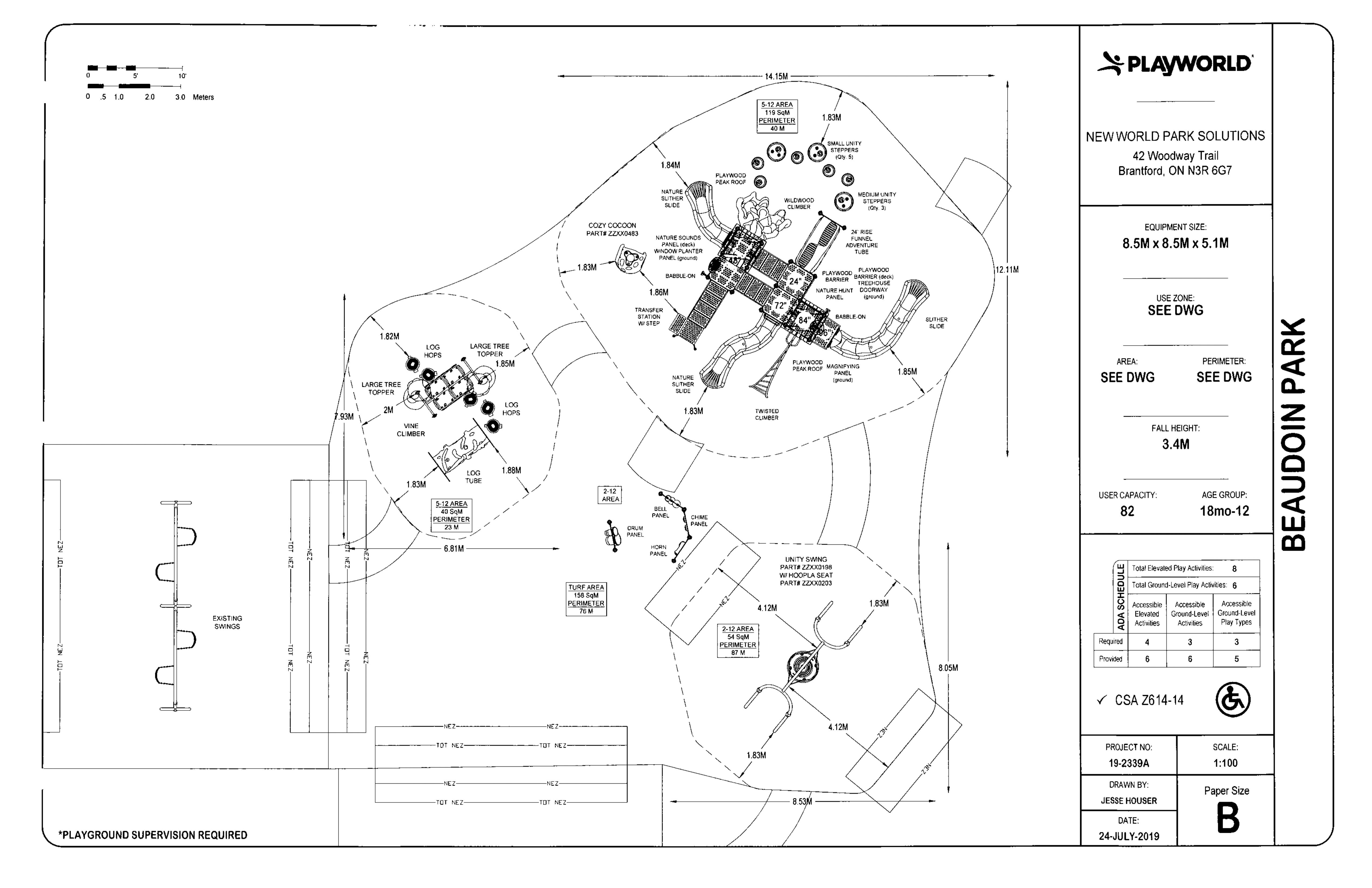 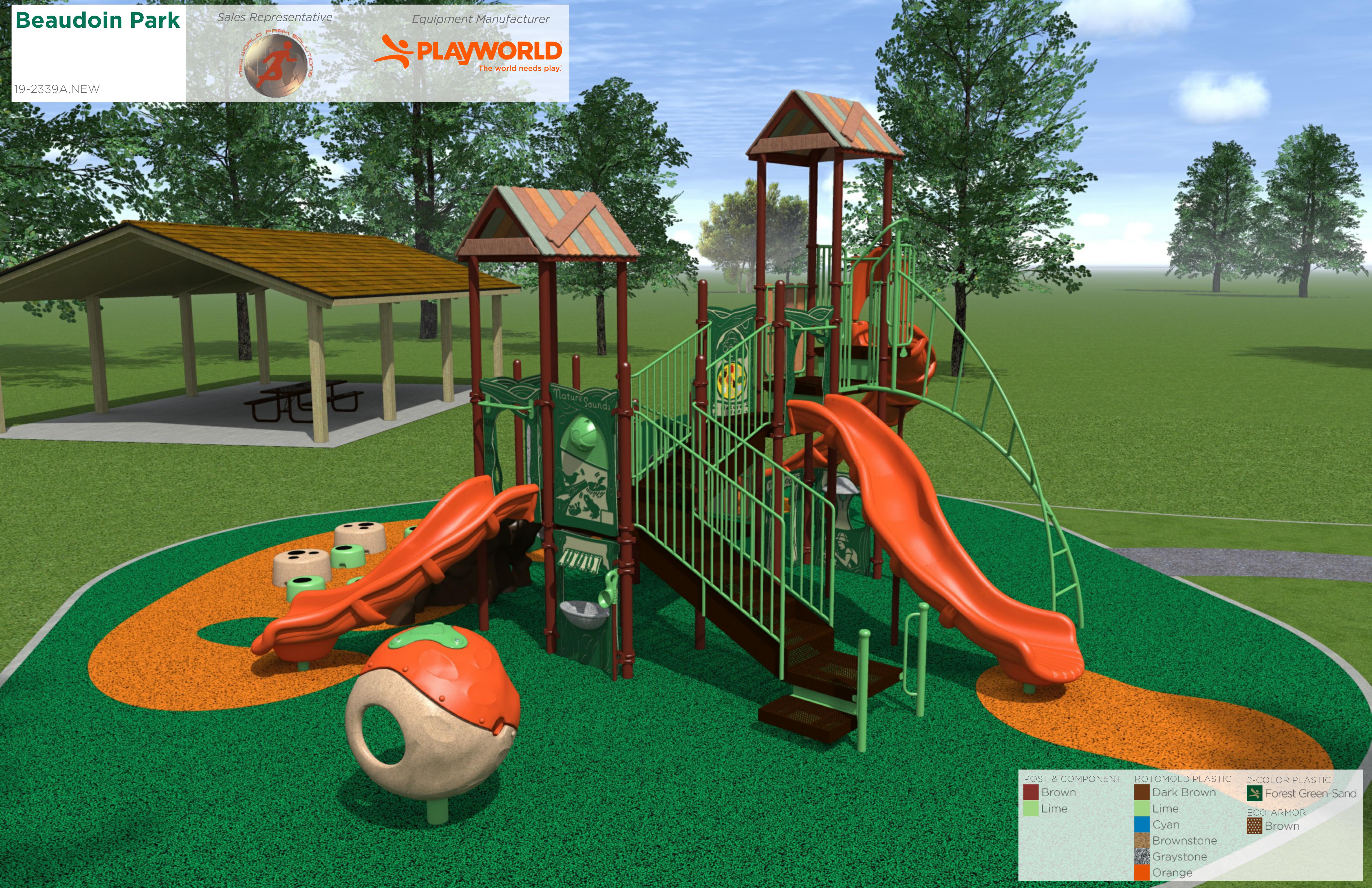