You’ll be able to sit on expanded patios in downtown Amherstburg and make use of  “take-out food courts” in King’s Navy Yard Park beginning Friday night as the Town implements its Open Air Weekend Plan.

Administration is moving quickly to implement the plan, unanimously approved by Council on June 8, following an announcement by the Ontario government that Windsor and Essex County, with the exception of Kingsville and Leamington, can move its economy to Stage 2. 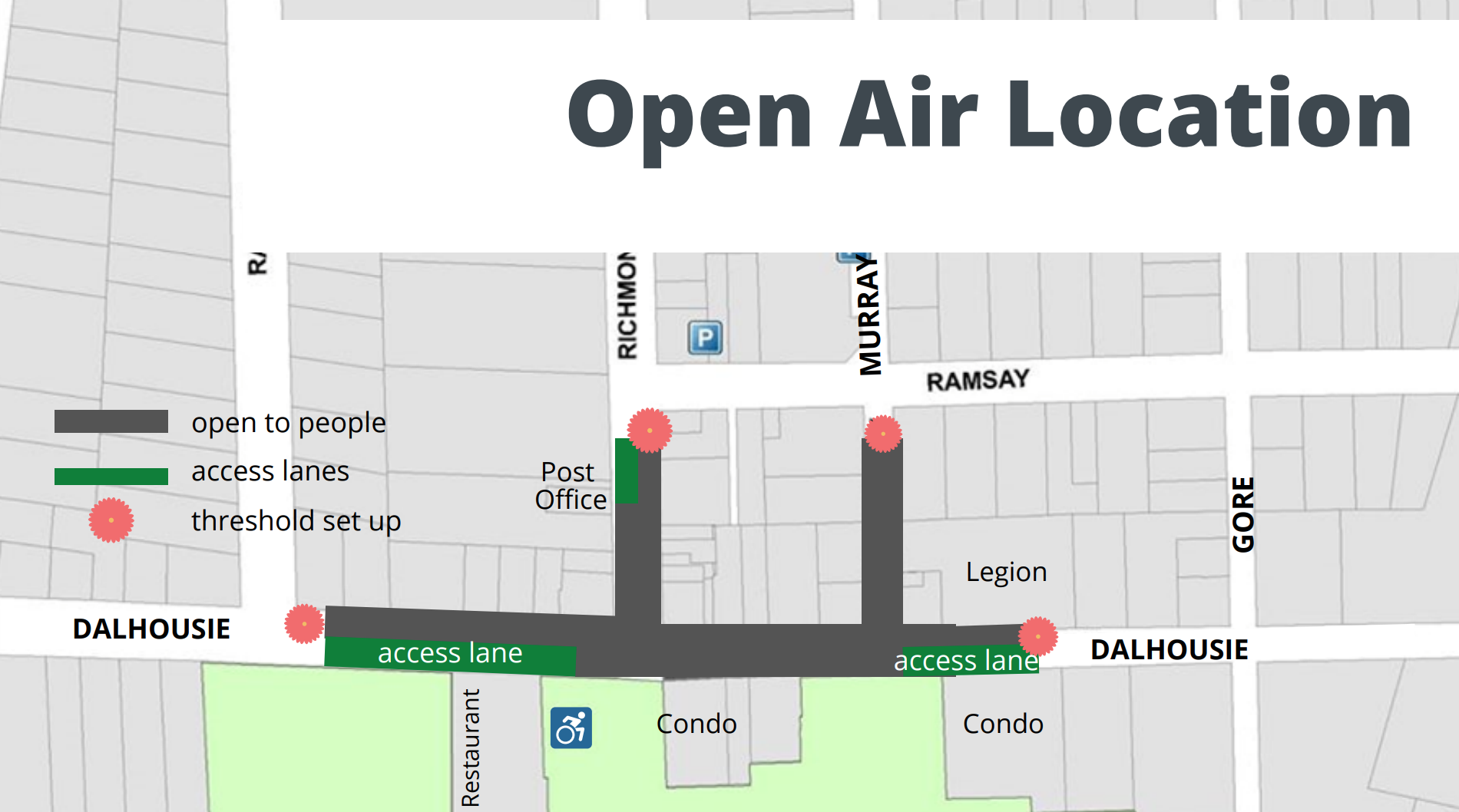 Open Air Weekends will see Dalhousie Street and the western portions of Richmond and Murray Streets opened up to people, patios and outdoor experiences beginning about 5 p.m. Friday to Sunday evening. The bold plan was born out of necessity. It will allow restaurants and eateries to use public space to expand their patios and maximize capacity while still adhering to physical distancing protocols.

The vision calls for a market-like atmosphere with buskers and outdoor musicians, but that will have to be for down the road given entertainment restrictions still in place in Stage 2. At least 10 downtown businesses, including at least two retail shops, have already told the Town they are keen to get going. Scores of residents are no doubt keen for a cool one on a patio.

“The business owners really stepped up to the plate, working together in sharing ideas and helping each other during these unprecedented times,” said Mayor Aldo DiCarlo in a release. “Amherstburg has the perfect footprint to accommodate a picturesque setting for a safe, enjoyable experience.”

The Town took pains to make sure a considerable number of accessible parking spaces would be in close proximity to the Open-Air zone and a report to Council noted there were 549 public parking spaces within a 6-minute walk of Richmond and Dalhousie, including 312 within a three-minute walking radius.

There will be 120 spaces to lock up bicycles, with four storage locations on the northern and southern entrances to Dalhousie and the eastern entrances on Richmond and Murray.

The washrooms at King’s Navy Yard Park should be open as well.