The town is unveiling and seeking input on an exciting vision to build out the Libro Centre with amenities including baseball diamonds, batting cages, a pool and splash pad, pickleball and tennis courts, a skate park, a basketball court, a BMX track, outdoor fitness equipment, an events plaza, and a Big Creek Trail walking loop.

The Town needs to relocate the amenities that are being lost with the sale of the southern portion of Centennial Park to make way for a new school to replace General Amherst High School and Western Secondary School.

The public school board is expected to approve the $29,048,739 project at its meeting Tuesday night. Officials are optimistic the school could open during the 2022-23 school year.

The Parks Master Plan recommends relocating many of the Centennial Park amenities to the Libro Centre and this plan does that and then some, leveraging the opportunities afforded by lands that have recently opened up to the south as well as the Libro’s location near Big Creek.

The concept plan for the Libro has been reviewed by stakeholder groups and is now being presented for public input. There is a session at the Libro Centre on Tuesday from 9 a.m. to 1 p.m. and again from 4 p.m. to 8 p.m.

Please go and check out the concept drawings, ask questions of staff and the consultants and provide your input. Feel free to contact me with your thoughts about the proposal. 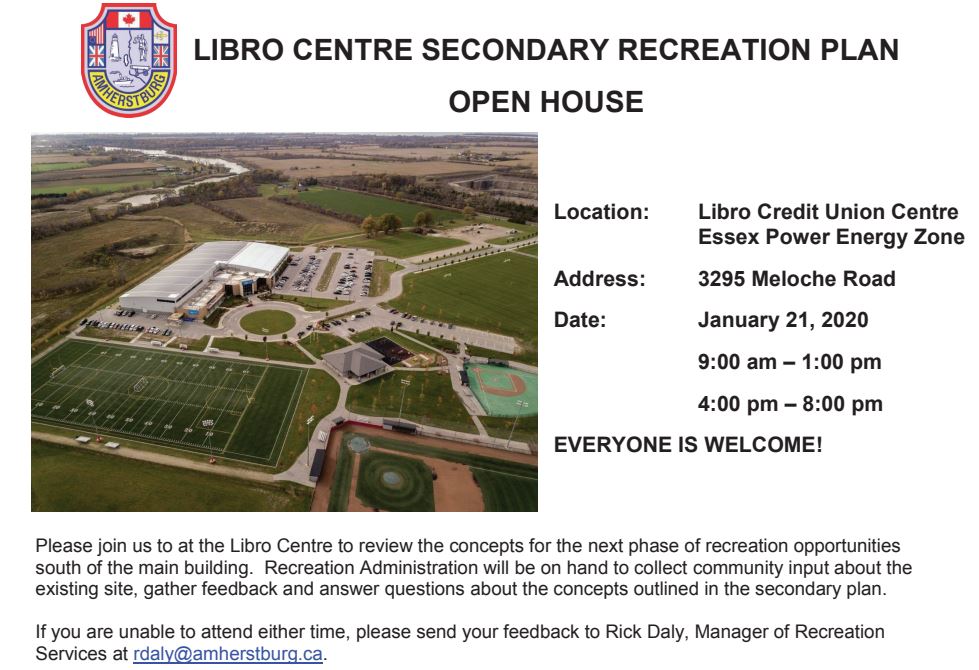 Many of the elements of this plan were included in the Great Spaces, Great Places project funding pitch.

That $50-million proposal was seeking provincial and federal funding to build out the Libro and enhance access to it, including the construction of a “complete street” on Simcoe, as well as transforming both the Duffy’s and Belle Vue properties into gems for tourists and residents alike.

Transforming the Libro would cost an estimated $25.2 million and enhanced connections including the Simcoe corridor would cost $3 million.

The Waterfront Civic Plaza would cost $11.5 million and overhauling the Belle Vue property would cost $10.25 million. If the full funding request is granted, the Town would have to pay 27 per cent or about $13.5 million. $500,000 was set aside in the 2020 Budget pending word from the senior levels of government. 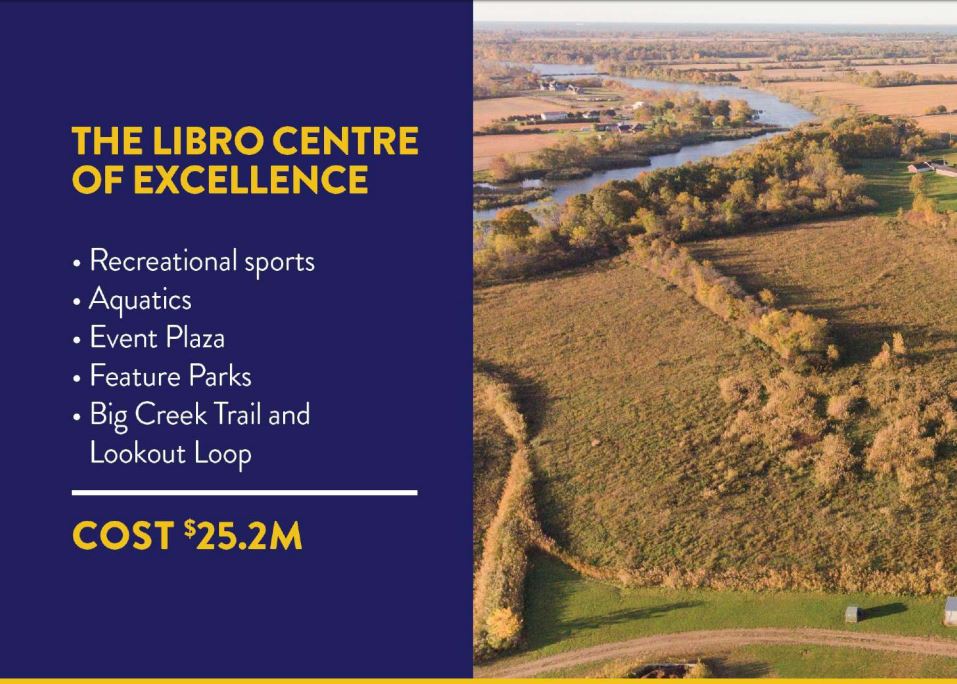 When it comes to the Libro, I’m especially interested in the Big Creek walking loop.

The sprawling property on which the Libro sits is nearly 80 acres. You really get a sense of it when you climb atop the hill and look back to the south.

Walking or jogging along a rolling route that takes you through trees and near the banks of Big Creek would be spectacular and transform the Libro into a linear park in addition to a Centre of Excellence.

As far as my 10-year-old daughter is concerned, she wants an indoor pool, just like the one in Essex with a rope swing and a hot tub, and she wants it at the Libro because “everything is at the Libro.” 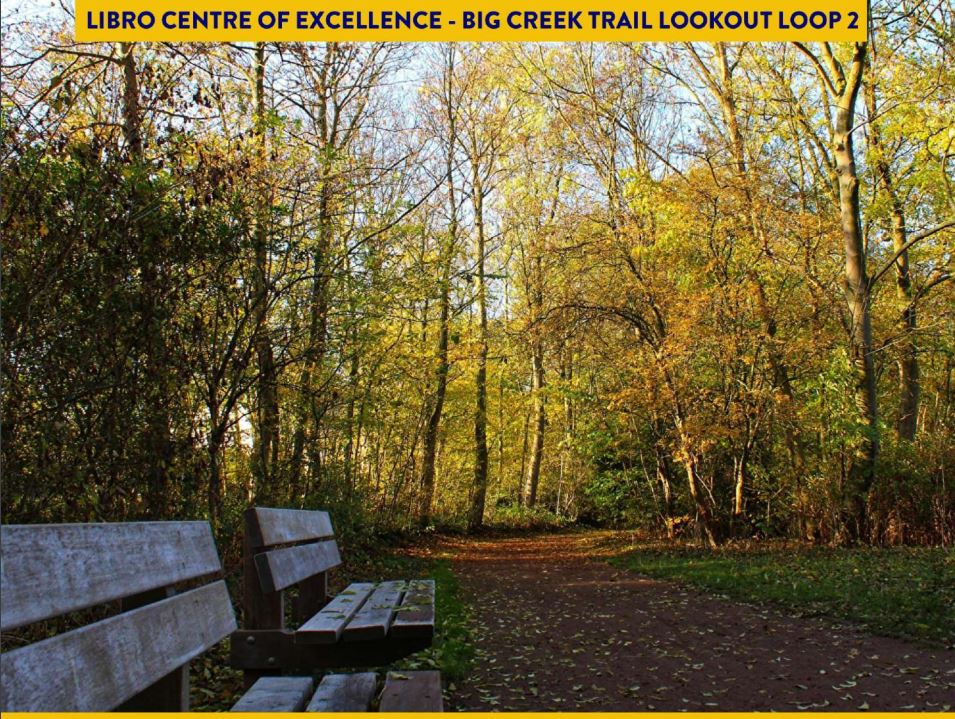 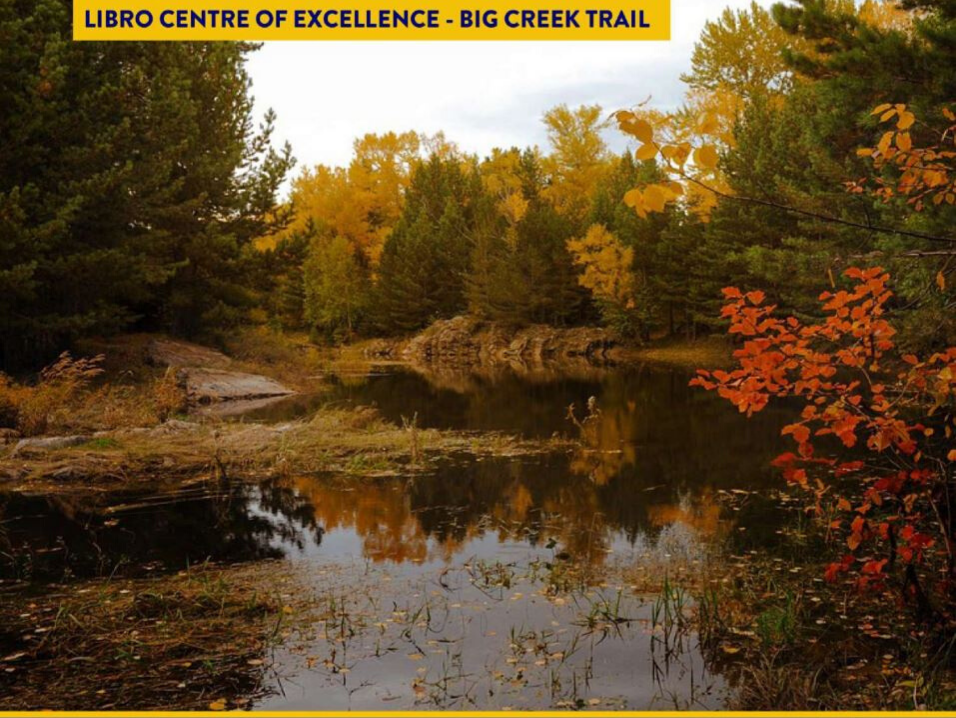 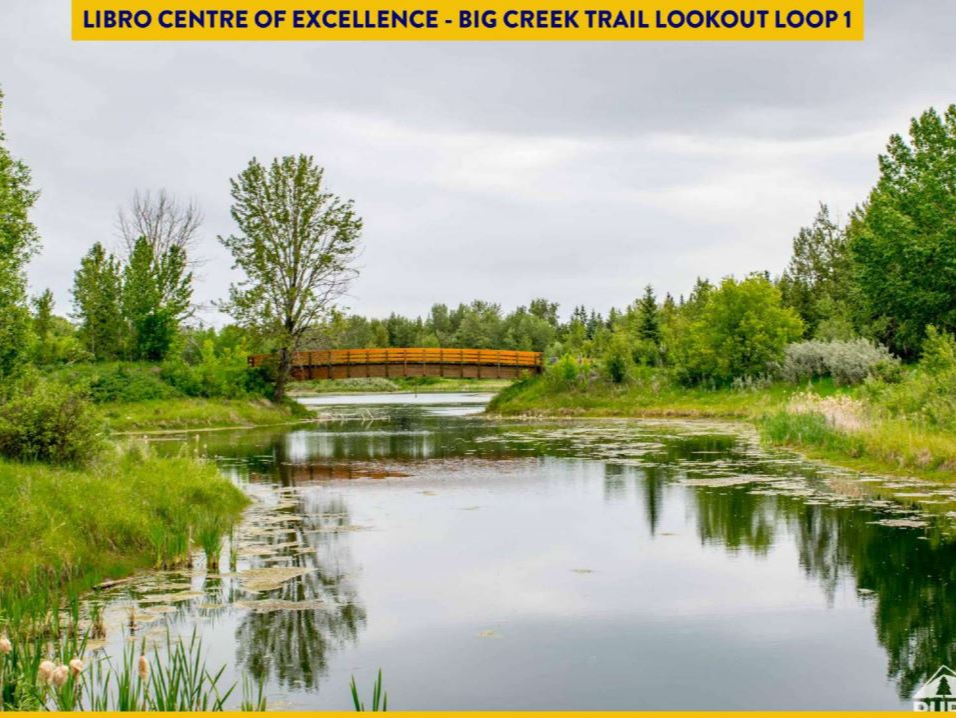 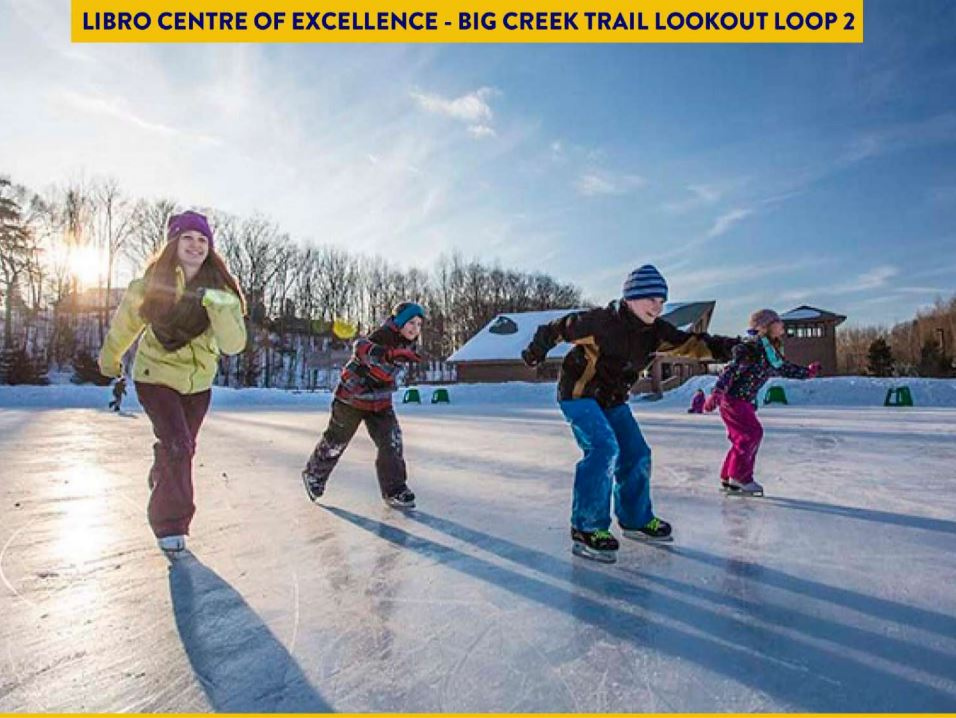